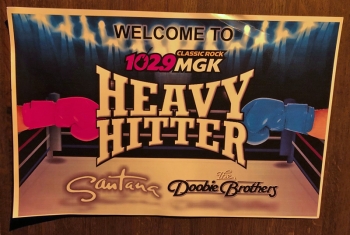 As the name would indicate, August 24, 2019 was a night of some heavy hitting. Two of the biggest names in Rock music were part of the WMGK Heavy Hitters Concert. The Phillies should have as many hits.

With the long list of hits from both acts, you could flip a coin to pick the headliner. The Doobies did go on first and they were both right on time and right on the mark.

Like so many classic rock bands, the lineup has changed over the years, but the heart and soul of the band remains. Patrick Simmons, and Tom Johnston have been working together on and off since the early 70’s. John McFee has also become a solid fixture.

I still recall the day that their first album came across my desk. The 1971 self-titled LP had an album cover that was very misleading. If you were to judge the group by its cover, you would expect to hear a heavy rocking band. They looked more like a motorcycle gang than musicians.

After listening to the record for a bit, it was apparent that they were far from heavy metal. In fact, while it showed great promise with good harmonies, it needed a little more punch. Still, I marked them in my memory as a group to watch.

I didn’t have to wait long. The group’s second album TOULOUSE STREET that came out a year later was an immediate hit. The single “Listen to the Music” became their first hit single.

Ironically, “Listen to the Music” was not the first, but the last song the group played as an encore last night. It wrapped up a night of seemingly one hit after another.

The music was greatly enhanced by the current touring members. The most interesting new member since the last time I saw The Doobie Brothers was Bill Payne. I had always admired Bill’s keyboard work with the group called Little Feat and was curious to see how his work would contribute. He didn’t disappoint.

The music had the crowd cheering as they played their steady stream of hits. One would think that Santana would have a hard time matching this set.

After a brief intermission, Santana took the stage right on time. This night was certainly not like the old days when bands were NEVER on time. It probably caught some people off guard who had gone out to get a snack.

One might very well wonder how Santana might approach this concert given his long and varied career. Santana has never been one to rest on his laurels. All the genres of music have been covered at some point in his tenue as one of the all-time great guitarists.

The set started the same way his career did. He played some of the music that launched his career at Woodstock. They even played a video of some the scenes at Woodstock.

He and his band were the only group that played at Woodstock that did not have a record out. Their manager, Bill Graham (his image was shown on the back screen during the early set), pushed the promoters to add Santana to the list. It turned out to be the turning point in their career. Oddly, the two acts that benefited the most from their outstanding performances at Woodstock, Ten Years After (see story on TYA) and Santana, almost didn’t even play.

Weeks after their success at Woodstock many people still had no idea who they were. The movie didn’t come out for a about a year later and only bits and pieces of the concert had been seen by those who were not at Woodstock. Those who didn’t see the performance were tantalized by stories in the press.

So, when Santana came to Philadelphia a couple of weeks later, there was a lot of interest in their concert at the Electric Factory. The show was explosive! No one in attendance had ever seen anything like this band before.

That same explosiveness started the set. From the get go you were transformed back to that same feeling that those of us had when we first saw and heard the guitar wizard.
If you haven’t already read the autobiography by Santana called THE UNIVERSAL TONE: BRINGING MY STORY TO LIGHT, I recommend that you do. Those of us who have read it know about his humble beginnings and struggles.

That same book reveals that Carlos never wanted the band to be named after him. He wasn’t the singer and at that point had written much of the material that the band did. He was, however, the leader of the band. There is no doubt that he was the glue.

Santana has always been interested in all forms of music. He tries to incorporate his unique style of playing guitar into those different genres. Even when people thought he was destroying his career by playing Jazz or teaming up with pop stars like Rob Thomas, Santana has always shown the critics wrong and has flourished.

On this night Santana covered all the bases from John Coltrane’s “Love Supreme” to a couple of hip -hop songs by his son Salvador who also played keyboards. In the middle of the set Santana surprised the crowd by bringing on The Doobie Brothers. The two giant acts teamed together to do an old favorite “Some Kind of Wonderful”. That pretty much summed up the vibe for the night.

For those wondering if the female drummer got the gig because her name is Cindy Blackman Santana, have no doubts. This woman was one of best musicians on stage all night. It was truly amazing to watch her perform on the drums. The music played requires an enormous amount of skill and energy. Cindy has all that and then some. She is no doubt one of the finest drummers of this new generation of performers.

Santana has always shared the spotlight. It has never been just about him. This night was no exception. Cindy and everyone else in the band got a chance to shine. And shine they did. 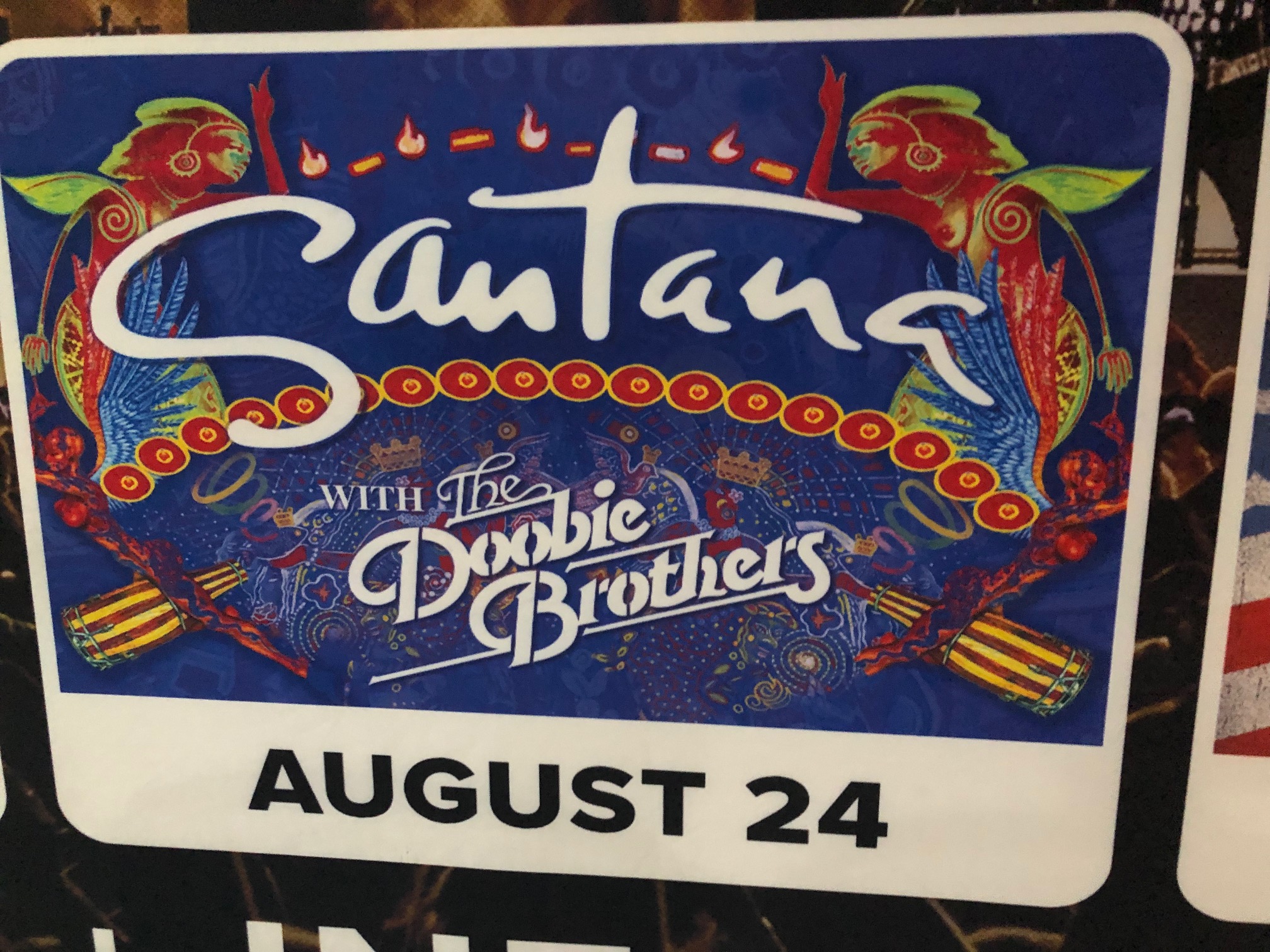 Tweet
Published in News & Events
More in this category: « Broadcast Pioneers Tribute to WMGK Eddie Money — A Ticket to Paradise »