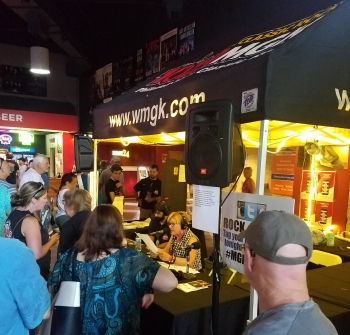 Classic rock fans gathered at the BB&T Pavilion, the outdoor venue in Camden, NJ on August 4, 2018 to see three legendary players that made up an interesting bill: Ann Wilson, Paul Rodgers and Jeff Beck.

Any one of them could have been the headliner but for WMGK’s Big Gig on Saturday night, that honor went to Jeff Beck.

Things started off at 6:30 pm with a bluesy set by singer Deborah Bonham, who will never escape being best known as the sister of Led Zeppelin’s drummer John Bonham.

Ann Wilson took the stage at 7:00, opening with The Who’s The Real Me, and closing with The Who’s Won’t Get Fooled Again. With a short set list of only 8 songs, it was surprising she chose two Who songs but with each one, she made it her own. Noticeably missing: any Led Zeppelin song that she’s known to do with Heart.

She has a new album coming out September 14 called Immortal. It’s a tribute to artists who have died including David Bowie, Chris Cornell, Leonard Cohen and Tom Petty. For Glenn Frey, she recorded Life in the Fast Lane and introduced it on stage by saying, “Back in the ‘70s, I lived this party.” She has just released You Don't Own Me by Leslie Gore as a single to the album and that was also part of her set along with I am the Highway (Chris Cornell, Audioslave).

The only songs she played by Heart were Barracuda and Crazy on You.

Paul Rodgers performed a nice mix of songs by Free and Bad Company, including Can’t Get Enough, Feel Like Makin’ Love, and Shooting Star. His encore began with Cross Road Blues, a Robert Johnson song best known by Cream and finished with the Free hit, All Right Now.

Rodgers was very personable on stage and a bit theatrical. His voice was in fine form. There was good crowd participation as they sang along.

By the time Jeff Beck arrived, the sun had set; it was dark outside and the venue took on a more intimate feel. With a full set of 17 songs, the audience clung to every guitar riff and sound as this maestro made it sing. And speaking of singers, it was Jimmy Hall of Wet Willie on some of the songs; others were instrumentals with Jeff Beck’s guitar taking center stage.

Playing bass on this tour is Rhonda Smith (Prince, Chaka Khan, Beyonce) instead of his longtime, renowned bassist, Tal Wilkenfeld. Vinnie Colaiuta was on drums who has played with Frank Zappa, lots of jazz acts and was Sting’s drummer for much of the ‘90s. Vanessa Freebairn-Smith played cello and created a unique sound.

The set ended with the Beatles’ A Day in the Life (that you can see below) before going into a two-song encore that began with a tribute to his friend Jeff Buckley (Corpus Christi Carol) and the finale being a rousing version of Going Down.

A documentary DVD was released by Eagle Rock Entertainment in May called Jeff Beck: Still on the Run.

Last but not least, the MGK Houseband, The Mad Trio rocked the side stage twice during the evening and knocked it out of the park with their accuracy in covering classic rock songs.  They represented well through their year-long reign that ended at this event. 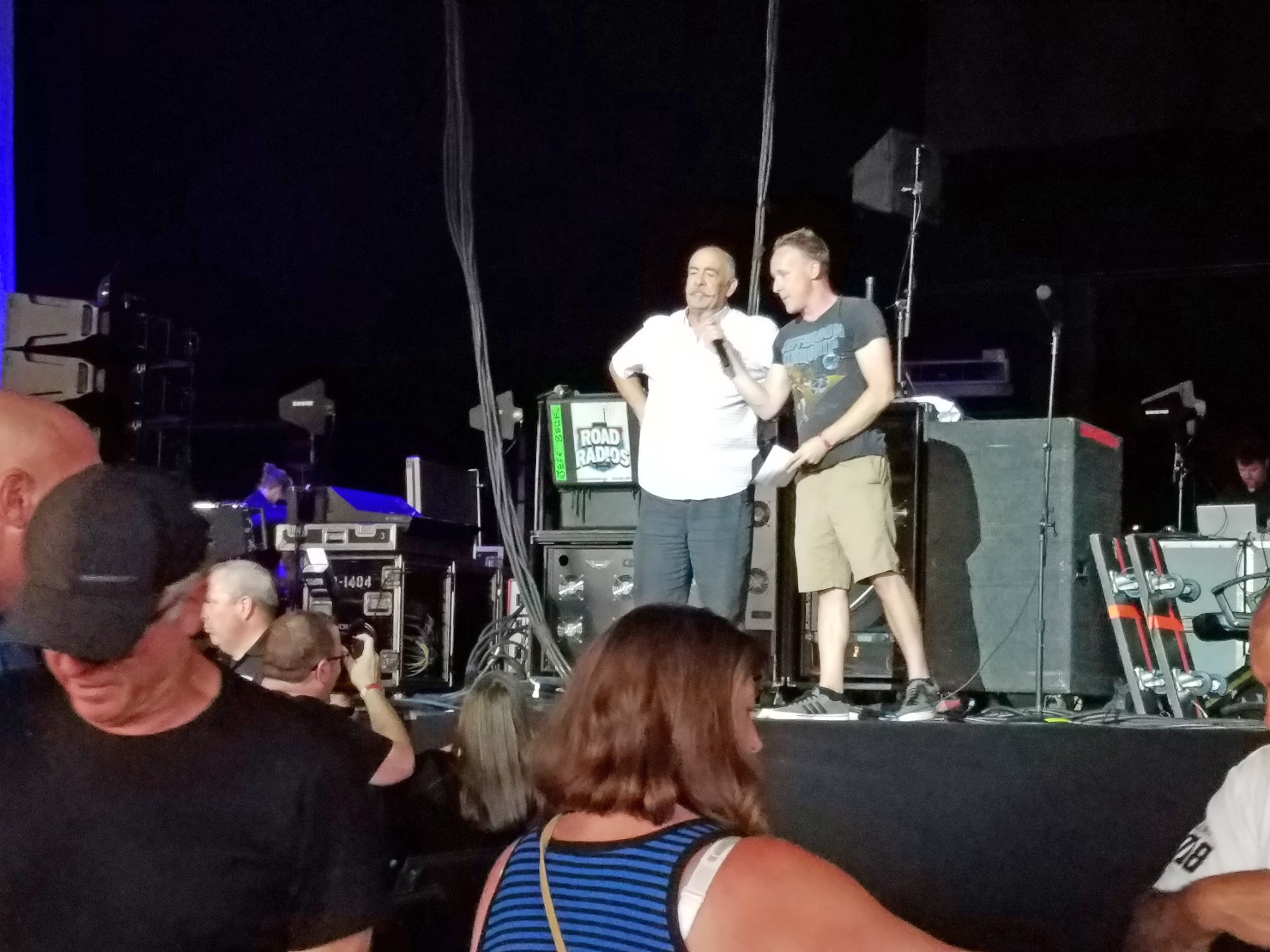 Tweet
Published in News & Events
More in this category: « The Queen of Soul Has Died of Cancer, but She Will Live Forever in Our Hearts Ed King the California Hippie who co-wrote “Sweet Home Alabama” Has Succumbed to Cancer »