Walter Becker - Half of Steely Dan Has Taken the Last Exit 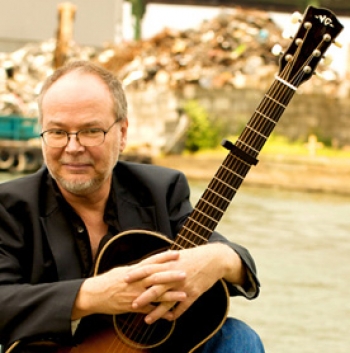 While there was a sign of trouble when Walter Becker didn’t make the Steely Dan tours in July, most expected him to return after he recovered from an undisclosed illness. Apparently that illness was the cause of his death

Details of the illness are as vague as Walter was quiet. In my first interview with Steely Dan at the time of their first sensational debut LP CAN’T BUY A THRILL, Donald Fagan did most of the talking. Before you think that Becker was just along for the ride, you have to check out how much his writing contributed to the success of the band.

I can only imagine how hard it will be for Donald to continue without his almost lifelong friend. As part of his moving tribute to his friend Fagan said, "I intend to keep the music we created together alive as long as I can with the Steely Dan band" Easier said than done since Becker was so much a part of the unit. The only real stables in the band were Donald and Walter. The rest of the band were a series of musicians that came and went.

The two were fond of telling stories about their days when they first met at Bard College in upstate New York. If you are not familiar with Bard, I have been there and it is so hidden away in the Catskill Mountains that you could easily get lost trying to find it in the woods. On the surface it doesn’t scream out as a place that likes Walter Becker and Donald Fagan would thrive. Perhaps because they were so different, it turned out to be the perfect place for them. They found all kinds of creative ways to make money and survive. Both had a very cynical view of the world.

While Walter didn’t say all that much, what he did say was generally very funny or insightful. His playing of both the bass and electric guitar was always very taste full and as quiet as his personality. Both he and Donald made a living after leaving college by playing in a backup band before deciding to accept a job as studio musicians on the West Coast. They both agreed in their interview that it was the perfect set up for them at the time.

They laughed about how they would sneak time in the studio after doing a session. It was there that they were able to put together the bits and pieces of that first very successful album. Once the album was done, they came up with the name Steely Dan from the Williams Burroughs’ book called NAKED LUNCH. Being from New York, LAST EXIT TO BROOKLYN also made a big impression on the duo.

ABC Records signed the band and were convinced that they had a big hit on their hands. They sent out test pressings to the local reps of ABC to get some feedback. In my book CONFESSIONS OF A TEENAGE DISC JOCKEY I tell the complete story of how this led to me being the very first DJ in the US to play Steely Dan on the radio. From the very first notes it was a no brainer picking “Do it Again” as a huge hit.

While they did a tour to support that first album, they soon went into hiding. Neither gave interviews for a long time. They let the string of great classy albums do the talking for them. They also didn’t tour. Donald said that everyone wanted us to tour because we could be making big money, but we wanted none of it at the time. It wasn’t fair to the members of the band so many left.

Once they did come out again on the road their shows were always perfection. Their success enabled them to attract top notch players who really brought the records to life. One of the early members of Steely Dan was Elliot Randall. You can read more about him here.

While the loss of Walter Becker to Donald Fagan doesn’t fall in the category of McCartney losing Lennon, it still a major loss to the music world. Walter Becker, almost without notice, was one of the most important musicians of our time.

Tweet
Published in News & Events
More in this category: « T. Morgan Inducted into the Broadcast Pioneers Hall of Fame The Long Road Has Come To An End For Charlie Daniels »