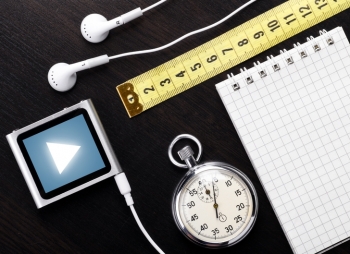 According Mick Jagger, this was a song that started out as a simple acoustic song that just grew and grew.  Charley Watts didn’t understand what the producer Jimmy Miller wanted on the drums for the tune, so Jimmy did the drums himself.  The idea of a choir was thought to be a good one and the London Bach Choir was added.  Rolling Stone magazine selected the song as one of the top 100 songs of all time.

9) In-a-gadda-da-vida  by The Iron Butterfly

Legend has it that this song was recorded by mistake. The engineer recorded what was supposed to be a sound check until the producer arrived.  That certainly would account for the fact that there are really very few lyrics in the song and they only appear at the beginning and the end.  In between is basically the kind of jam that bands often do when they are warming up.  You could make the case that The Iron Butterfly was the first jam band.  The end result was one of the biggest selling albums of its time.  It was also one of the most requested songs for radio DJs for years.  The song was so popular that the top forty stations wanted to play it, but since it was over 17 minutes long (it took up an entire side of the album) , the record company put out a lame version without the long jam in the middle.  The middle (especially the drum solo out of phase) is what made it popular. Still. the single  made it to the top 30 on the charts.

8) The Time has Come today  by the Chambers Brothers

The Chambers Brothers made a career out of this song.  It is considered by many to be the first big hit for so called psychedelic music. There are several versions of the song.  The album version, which is over 11 minutes long, and at least two different single versions were released.  The single was a big hit even though it didn’t crack the top ten. .It did remain at number 11 for five straight weeks in the fall of 1968. By that time, the song had already become a mainstay of the progressive album stations.  Like In-a-Gadda-da-vida, it was the long break that had a lot of special effects on it that made the song so popular.  The Chambers Brothers were an unlikely group to be one of the spear heads of psychedelic music.  They were actually four brothers who song gospel music before a drummer was hired to play rock.  After the popularity of “The Time has Come Today” died down, the Chambers Brothers went back to singing gospel.

This was not an original song by William “Boz” Scaggs, but a remake of an old blues song written by a relatively unknown singer named Fenton Robinson.  It comes from the 1969 solo album that Boz did  some two years after leaving the Steve Miller Band The self -titled record was recorded at the famous Muscle Shoals Recording studio in Alabama.   One of the original songs done by Boz on the album called “I’ll be long Gone” has the same feel as “Loan Me a Dime” has in the beginning.   Boz’s voice is so soulful.  The horns are just perfect.  As the song opens softly you can really feel the pain, not just in Boz’s voice, but with the emotive guitar work (it can give you chills) from then unknown studio player named Duane Allman.   The song just builds and builds over the almost 13 minutes.  It goes from a soft soulful song into a specular jam.   The song, despite great critical reviews and lots of radio air play, was never a huge seller.  Still, largely on the strength of the song “Loan Me a Dime”, the LP made it to the Rolling Stones Magazine list of the top 500 LPs of all time.

Probably the most musical and complicated song that Led Zeppelin ever did was written by Jimmy Paige with some input from John Bonham.  It took Jimmy some three years to finalize the song.  When it was finally finished it was much more orchestral than any the group had ever done before.  There was a deliberate attempt at a mysterious combination of all the classic Middle Eastern Music.  It really works and despite its length, radio stations embraced it.  An ever longer version was recorded live on the NO QUARTER LP with an Egyptian/Moroccan orchestra. The song not became a popular in concert, but remains today as one of the most requested songs that Led Zeppelin has ever done.   It ranks high on most lists of the greatest songs ever recorded, including the list of top 500 songs of all time done by Rolling Stone Magazine.

It could easily be argued that Ten Years After is one of if not the very best live rock band ever.  Of all of their live songs, none stands out more than “ Going Home”.  It is a show case for just how well each member of the band can play and it always gets the crowd on its feet.  Most critics agree that the highlight of the Woodstock concerts was Ten Years After doing “Going Home.” In the Woodstock movie they played the entire song despite its length.  While the song is not the most original or best song the group does, it is an impressive display of their musical abilities.  This song alone brought crowds to see their sold out shows in the early 70’s where the group brought in more money at the concert gates than almost of their musical peers during that time frame.

4) Light My Fire  By The Doors

During the exploding rock music “Summer of Love”, no song got more air play or had more impact than “Light My Fire”.  The song was a major factor in getting listeners to tune into the new FM rock radio stations.  When the song first came out, it still took a lot for a radio station to play a song that long. Robbie Krieger not only pretty much wrote the song, his guitar work is truly unique.  Somehow he sounds almost like he is playing slow, while the band is not. That was very different from what most groups were doing at the time.  The single cut down do met the demand of the top forty stations and it appeared at the time that radio listeners would be satisfied with it since it reached number one on the Billboard charts and stayed there for three weeks.  It all may have back fired. After hearing the single, enough people went out and bought The Doors debut album and found out that they had been cheated by AM radio.  The long version was much better.  Again, it was the long instrumental break that made the difference.

3) Stairway to Heaven By Led Zeppelin

Many consider this to be the most important song of all time.  VH1 Voted it number three all time.  Rolling Stone Magazine was less generous and selected it as number 31 of the top 500 songs of all time  The song goes through many  changes in both tempo and mood. That may have been the reason that it was not selected to be released as a single.  In fact, it didn’t make a big splash at first.  It took a couple of years before the song began to get traction with the audience. Much of the reason people started to take notice was the live performance of the Paige and Plant composition.  At this point it doesn’t matter.  It is still one of the most requested songs at most FM rock stations and the most down loaded song done by Led Zeppelin.   If you do an audience poll of the best songs of all time on almost any rock radio station, “Stairway to Heaven” will always be in the top ten.

2) Hey Jude  By The Beatles

While the song is credited to The Beatles and co- written by Lennon and McCartney, it is primarily Paul’s song.  It started out as Hey Jules and wasn’t written for John Lennon’s son Julian to comfort him during the divorce of his parents.  The song starts out real simple, but builds into an almost mantra chant as more instruments add to the soaring nature of the song.  Paul claims that he wrote the song while driving his car.  He should have done that more often.  The first single ever released on the newly formed Apple Records sold eight million copies.  Despite being the longest single The Beatles ever did, it made it to number one on the Billboard charts and stayed there for nine weeks.

1) Like a Rolling Stone  by Bob Dylan is the number one long song!

This was one of the most important songs of all time for a number of reasons.  Not the least of which is the fact that this was the break through song for long songs being played on the radio.  Before the Bob Dylan masterpiece, it was almost impossible to get a song played on the radio that was over 3:30.  This was more than twice that long.  At first radio stations tried to ignore the single.  After all, a song that long with a voice like Dylan’s, how can we play it?  It will tune people out.  This was 1965 long before the advent of FM rock radio. Even Columbia Records was reluctant to release it as a single.  Dylan’s popularity was growing in leaps and bounds and it was hard to ignore this truly specular piece of work.  Requests for “Like a Rolling Stone” came pouring into the popular radio stations. Finally some reluctantly gave it some air play.  Before very long the song made it to number 2 on the Billboards charts with hardly any air play.  If this song hadn’t been such a huge success, there may have never been hit records like “Light My Fire” and Hey Jude”.   Rolling Stone Magazine called it the most important song written in the rock area.

Tweet
Published in The Archives
More in this category: « Rock Venues That Are No Longer There The Top 5 Best Albums You've Probably Never Heard »