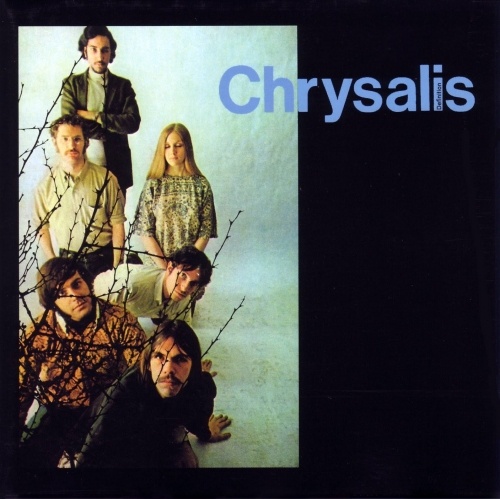 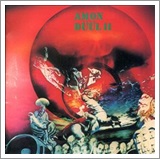 5) DANCE OF THE LEMMINGS by Amon Duul II

This band has a very confusing history.  They started out as a commune of art students who had a passing interest in music.  That group splintered off and became Amon Duul II.  DANCE OF THE LEMMINGS is a double LP and probably the best representation of the rather radical rock that they played.  They were the leaders of a German psychedelic, progressive rock scene.  Their music could best be described as space jams that makes for very interesting listening. It is definitely not for everyone and very spotty at times. Think early Pink Floyd meets The Grateful Dead.  The album was originally released in 1971 and reissued in 2002. 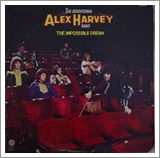 If you are familiar with the album by The Crazy World of Arthur Brown, then you have a better understanding of what this record sounds like. Released in 1974, the album is very symphonic in nature with a very full sound. There is certainly no attempt at hiding that fact. Alex even has a baton on the album cover.  No opera has ever been more mysterious than the best cut on the album “The Hot City Symphony”.  The song is divided into two parts.  Part 2 is especially intriguing.  It is called “Man in a Jar”.   Alex Harvey, who was mistakenly lumped into the so called Glam rock scene, fronted his own band for over twenty years without much success.  He died in 1982 at age 46. 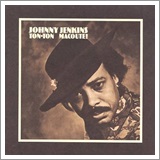 Johnny Jenkins was the leader and lead guitar player for a group called The Pinetoppers.  The lead singer was Otis Redding.  After a falling out with Otis and Stax Records, Johnny left the band.  The man who discovered Otis, Phil Walden, loved the style of guitar playing that was said to have been an influence on Jimi Hendrix. Some of that may be because Jimi and Johnny were both left handed guitar players and had to play guitar in a different way. The blues-rock sound reminds you of the Allman Brothers for a very good reason…most of the Allman Brothers (including Duane Allman) play on the album. The album was not a commercial success and Johnny gave on his music career.  It was a real shame that his talents were not discovered by the general public. He died in 2006. 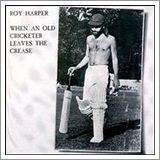 3)  WHEN AN OLD CRICKETTER LEAVES THE CREASE by Roy Harper

You actually could pick almost any of the many Roy harper albums as one of the top five.  Despite his popularity in England and other major artists talking him up here in the US, Roy remained almost completely unknown on this side of the ocean.  Even the tribute song done by Led Zeppelin called “Hats off to Roy Harper” didn’t help him get any attention.  This album was called HQ in England and it might have been a good idea to have kept the title when it was released here. The title track is very moving even if you are not a cricket fan.  It could apply to any sport where the great athlete gets old and can no longer compete at the same level that made him great.  It isn’t just an athlete, but all of us who get old.

Other players on this album are Bill Bruford of Yes, David Gilmore of Pink Floyd and John Paul Jones of Led Zeppelin. That should give you an idea of the respect that he still commands among his peers.  Part of the reason that Roy Harper is not a rock icon is the music itself. They lump him in the folk rock category. While he does sound a little like Richard Thompson at times, there are other times he is more like the original leader of Pink Floyd, Syd Barrett.  Perhaps he was too original to be a success. 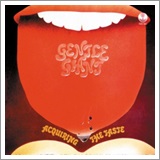 2)  ACQUIRING THE TASTE by Gentle Giant

The title tells you a great deal about the music of Gentle Giant.  They are an acquired taste. The complicated arrangements leave many rock listeners just scratching their heads.  The harmonies of not just their voices, but their instruments are beyond compare.  A quote taken from the inside flap tells you exactly where they stand on making original music. “From the outset we have abandoned all preconceived thoughts on blatant commercialism. Instead we hope you give something far more substantial and fulfilling. All you need to do is sit back and acquire the taste.”

The group centered around three brothers.  There is nothing like harmonies done by siblings, but Ray, Phil and Derek Shulman take it to a new level.  The brothers are very backed by a group of some very accomplished musicians.  Despite the several truly amazing performances this, their second album, did not get the attention it deserved. The band tried to carry on, even after one of the brothers left, but could never get an audience to fully acquire the taste of their most unusual sound. 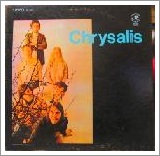 This is by far the best album that you probably never heard.  There are just not enough superlatives that can used to describe this LP.  You could point out the most unusual arrangements. They surprise you every time. Just when you expect there is going to be a screaming guitar solo, they use a flute.  The record is also filled with combinations of harmonies of both voices and instruments that are most intriguing. Then there is the very clever and often witty lyrics filled with passion and vivid images.

The group was formed while all the members were attending college in Ithaca, NY. They were all very bright and talented.   Nancy Nairn, who went on to become a marine biologist, has a sharp and beautifully clear voice.  Ralph Kokov, the keyboardist  (who became a doctor of Art Therapy) often provides an almost Baroque quality to his playing. Dahud Shaar, the drummer, is the only one who made a living playing music.  He changed his name to David Shaw. He played with Van Morrison and then was the regular drummer on Saturday Night Live. The bass player Paul Album and guitarist Jon Sabin also are contributors.  Sadly both died too young.

The real focal point of the band was leader Spider Barbour. Spider, whose real first name is James, got his nickname because of his passion for insects.  You will notice the name of the group and that there are several songs where insects are a large part of the lyrics. Not surprisingly, James became an expert on insects. His song writing was so different that it attracted the likes of Frank Zappa, Joni Mitchell and Kim Foley. Zappa in an interview said that at the time (1968) there were only two people doing anything original – Captain Beefheart and Spider Barbour. Spider made guest appearances on two Zappa albums. Barbour wrote the songs that have just about every form of music incorporated in them.  All connected with his smooth and yet haunting voice. The biggest shame is that this group gave up after just one album. As one joked, “it sold in the dozens”.

Tweet
Published in The Archives
More in this category: « Top Ten Long Songs 50's Rock and Roll — The Roots of Classic Rock »