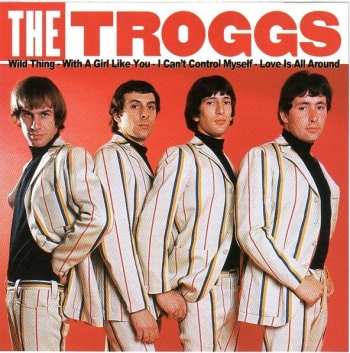 Still, the war had its defenders. Sgt. Barry Sadler had a number one hit called “The Ballad of the Green Beret”. Despite that, the long held US domino theory that the entire Asian world would fall if we lost in Viet Nam was starting to crack with the public. The Gallop poll showed that the war only had a 37% approval rating. By 1967 Johnson was so unpopular that he decided not to run for another term. The country was divided on many issues. In many ways society was going in two directions at the same time.

Conservative Ronald Reagan was elected Governor of California. Edward Brooke became the first black senator elected to the senate since just after the Civil war. Bill Russell became the first African-American to coach an NBA team when he took over the reins of the Boston Celtics. On May 13th, the same day that “Paint Black” was released by The Rolling Stones, twelve school districts in Southern states were denied federal funding because of their stance on segregation in their schools.

While things seemed to be going in the right direction, on June 6 James Meredith was shot while marching for civil rights. The “Black Power” movement was started by Stokely Carmichael on June 6th and later on October 15th the Black Panther party was launched by Huey P. Newton and Bobby Seale. Riots started to break out in American cities. Even in the north, cities like Flint, Michigan and Waukegan, Illinois there were serious riots. On July 12 a three day riot broke out that required the intervention of the National Guard in Chicago. Frank Zappa and The Mothers of Invention got a record contract based on the song “Trouble Coming Everyday” that was one of the few songs that dared touch on the subject. It would appear on his album FREAK OUT the debut album by The Mothers that came out in late ’66.

The space race and the cold war also were on the minds of many in this country. There was a series of orbit flights by both nations. On February 3rd the Russians were the first to make a soft landing on the moon. The US, however, quickly followed with successful launches of their own. This was followed by a series of flights by both countries who claimed to be in the lead. It would seem to be the perfect time for a TV series called “Star Trek” to be launched and so in September it debuted. It became a symbolic of many of the changes that the youth of this country were seeking.

Women were starting to organize to fight for their equality. NOW was formed on June 30th. At the same time, James Brown had his first huge hit on the pop charts with “It’s a Man’s World”. It went all the way to number 8 on the Billboard charts. Not bad for an artist that many felt would never “cross-over” to a white audience.

The escape from all of this was often in the form of music. Go-go bars and clubs were still somewhat popular. There was lots of dance music being played on the radio and in the clubs. “Going to the Go-Go” by The Miracles was one of the top tunes of the year. TV tried to take advantage of the craze and had music shows called “Shindig” and “Hullabaloo”. Both shows featured Go-go dancers in cages along with popular dance music. Both shows died in 1966 when many of the audience that the shows were trying to attract found the shows downright silly when they had acts like Who and The Kinks singing songs that featured social change lyrics and were not easy to dance to at all. The Go-Go era was all but dead.

The fashions of the youth of the world were starting to change. Girl’s skirts were going up and up until the Mini skirt became the fad. Boy’s shirts and pants were also changing. It wouldn’t be long before Carnaby Street would take over. The Kinks had a hit with a song that made fun of it all called “Dedicated Follower of Fashion”.

The music was slowly changing. Semi rock groups like The Mamas and the Papas, The Association, the Lovin’ Spoonful, Gary Lewis & The Playboys and Tommy James & The Shondells were having banner years. They may not have been the kind of Rockers that would soon lead the changes in music, but they did help “soften” the change in attitude towards a heavier sound. While many of the hard core rockers didn’t like The Mamas & the Papas, their leader John Phillips was a spearhead for what was to come in the following year. He organized the first major Rock festival, The Monterey Pop Festival that was the launching pad for the Summer of Love in 1967.

In my conversation with John Phillips I was surprised at just how much he had to do with getting many of the West Coast groups getting noticed. He was well connected with many of the super groups. In fact he told me that it was Mick Jagger who saved his life. Mick literally stayed with John to get him off drugs. Phillips admitted that Jagger went so far as to pull a needle out of his arm and flush it down the toilet.

The Beatles and The Rolling Stones (even though Brian Jones left on July 25) were still very dominant in the Rock world. This was despite the big back lash John Lennon got when he declared that The Beatles were more popular than Jesus. There were many protests against the group to the point where John had to apologize despite the fact that people misunderstood his intentions. He was pointing out that it was wrong that his group should be more important than being more devoted to the concept of being spiritual or being more active in stopping war and hunger in the world. The Beatles played their last real live concert on August 24 in San Francisco’s Candlestick Park, but their music would play a large part in “The Summer of Love”.

Garage Rock that would become the underlining foundation for the Rock music that would soon dominate the charts and the air waves was starting to make an impact. The Animals had a great year. While some may not have considered Paul Revere and The Raiders (who also had a great year) to be Garage Rock, many of their songs were and they helped pave the way for others Even the granddaddy of Garage Rock, “Louie, Louie” by The Kingsman re-entered the charts. Songs like: “Devil with the Blue Dress on” and “Jenny take a Ride” by Mitch Ryder and The Detroit Wheels (both top ten hits), “Dirty Water” by The Standells (#11), “Double Shot of My Baby’s Love” by The Swingin’ Medallions, “Night Time” by The Strangers, “I Found the Law” by The Bobby Fuller Four (#9), “Little Girl” by The Syndicate of Sound (# 8) , “Wild Thing” by The Troggs (#1), ”99 Tears” by ? and The Mysterians (#1), “Lies” by The Knickerbockers and “Psychotic Reaction” by The Count Five were all helping to change the musical landscape.

The concert scene was starting to change. With the success of the concert venues in San Francisco, Bill Graham decided to expand to New York City. The Filmore East opened on December 2 with Love (their first LP was released on March 12), Moby Grape and Lee Michaels. Cleveland had their first Rock concert on August 14 at Cleveland Stadium. The Yardbirds did their first tour of the US that started on October 19th.

1966 was still dominated by Frank & Nancy Sinatra (both had their biggest hits that year) and Barbra Streisand were big winners at The Grammies. Neil Diamond came on strong as a songwriter and artist. Pop music was still king but the rumbling was underway.

August 24th The Doors recorded their first LP. It would be a one of the keystones in the changes that came in the summer of ’67. March 3rd The Buffalo Springfield was formed. June 14th Peter Green left John Mayall’s Bluesbreakers and would soon form Fleetwood Mac. Eric Clapton left The Yardbirds and in ’67 would dazzle the world with Cream. On September 21 Jimmy Hendrix changed his name to Jimi. On October 12 he forms The Jimi Hendrix experience. The Byrds had a big hit with “8 Miles High” and everything was ready for the new Rock Revolution to soar to new heights in the summer of ’67.