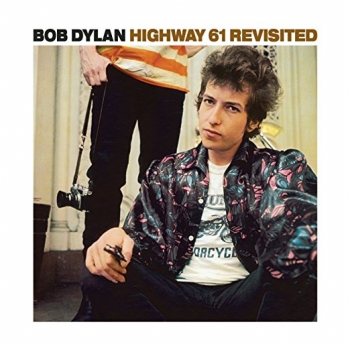 Folk music became the focal point in the early 60’s. This was especially true of college age students. For the most part this folk movement only attracted a small audience compared to the Pop and or Rock music of that same time period. More than anyone else, it was Bob Dylan who brought Folk music to a greater height with lyrics that struck a chord louder than anyone else with the under 30 generation. He became the new profit when his lyrics were quoted like words from the Bible. These lyrics changed the minds and melted the hearts of millions. More and more rallies sprung up across the US with protesters demanding an end to war and equal rights to those that did not have them.

Then two things happened that changed everything in the 60’s. First a young idealistic President Kennedy was murdered in Dallas. It shook the entire country to its core, but it affected young Americans the most. Their hopes of changing the very foundation of the country were shattered. They needed something to bring them a more positive note and some joy back into their lives.

To a very large degree the cure came in the form of Rock music in general and in The Beatles more specifically. They were funny and irreverent. Their music was filled with much needed fun and hope for a brighter future. They were also a catalyst for a new direction in music.

Bob Dylan watched them very closely and decided it was time to abandon Folk music for a much more thoughtful Rock. His lyrics were still meaningful, but with more of a personal than a general social change approach to making the world a better place. He soon would be considered the most influential performer in Rock history.

It was Dylan who challenged The Beatles during his tour of England to write more meaningful songs. They (especially John Lennon) responded. That led to others like The Rolling Stones, The Kinks, The Who, etc. to also write intelligent lyrics. Many of these lyrics called for major changes in society.

The big turning point was not 1967, but 1965. Things were starting to change both musically and socially. The Byrds covered Bob Dylan’s “Mr. Tambourine Man”. The song spoke of a mystic man who was almost like a pied piper and the huge hit was one of the biggest musical leaders of the year. The political leader, Lyndon Johnson, announced his plans for a “Great Society”. (Soon after Grace and Darby Slick started a band called The Great Society). The ambitious government plan was supposed to create a better America with “abundance and liberty for all”.

Johnson’s plans for Viet Nam didn’t sit well with the youth of the US as he reveled troops were being sent into combat on the side of the south in a bloody civil war. There were 184,000 US troops in Viet Nam by the end of the year. Anti-war demonstrations started to sweep the country-especially on college campus. “I Ain’t Marching Anymore” by Phil Ochs was one of the theme songs. The protests would continue to grow and grow and was a large part of the “Summer of Love”.

At the same time Sam Cooke’s song “A Change is Gonna Come” was the theme song for civil rights marches in this country. Meanwhile The Rolling Stones belted out about not getting any “Satisfaction”. Steve Wonder’s “Uptight” was one answer to “Satisfaction”.

There wasn’t much satisfaction in the inner cities of the country as the “Watts Riots” demonstrated. “Respect” by Otis Redding was more than a hit record. It was something that many who felt left behind were demanding. Many agreed with that sentiment. Still civil rights marches continued to be attacked and jailed.

They weren’t the only ones attacked. Anti-war demonstrators led by poet Allen Ginsberg were attacked by Hell’s Angels in the Bay Area. It led him to write an essay where the term “Flower Power” was first used as a peaceful way of resisting. Donovan did a cover of Buffy Saint-Marie’s anti-war song “Universal Soldier” that led many to call him the new Dylan. Many people felt there was a great deal of truth in the huge hit “Eve of destruction” sung by a Dylan wanna be named Barry McGuire.

Meanwhile, Dylan himself was under fire. He was booed at the Newport Folk Festival for going electric. The last laugh belonged to Bob as “Like a Rolling Stone” not only became a smash hit, but is still considered one of the most important song in all of Rock history for a variety of reasons. It changed the way radio looked at “long” songs (it was the longest hit single in history at that point but was too good to be denied or edited). It was a very personal song that encouraged other artists to write more personal and complex songs.

The entire year of 1965 was filled with songs looking for personal freedom and rebellion. “The Sounds of Silence” by Simon & Garfunkel, (Paul Simon did a solo version of “I am a Rock” on UK TV), “My Generation” by The Who, “Got to get Out of this Place” and “It’s My Life” by The Animals, “Let Me Be” by The Turtles, and “Yesterday” by The Beatles are just a few examples of how the lyrics were changing.

The music itself was maturing. Brian Wilson left the beaches behind forever with his masterpiece album PET SOUNDS. The Beatles took Dylan to heart with their release of RBBER SOUL. John Coltrane recorded LOVE SUPREME that was radical both spiritually and musically.

Garage Rock was starting to make its presence felt. The Leaves did the classic garage song “Hey Joe”. The cover of that song by Jimi Hendrix would be the first that most people heard at the outset of his explosion in 1967. The ultimate garage song, "Gloria," written by Van Morrison (the then lead singer for Them) was actually a “B” side for Them in 1964. It was re-issued as an “A” in 1965, but the cover done by the one hit wonders Shadows of Knight beat them out on the charts. Eric Clapton tired of the direction of The Yardbirds and left the band. By 1967 he was part of one of the major players in the Rock Revolution. The Red Dog Saloon opened its doors and became the birth place of the so called “San Francisco Sound” that was a large part of the soundtrack for the summer of 1967.

In 1965 I felt that there would soon be a need for a radio format that catered to a new direction in music. The world wasn’t ready yet. The pot just had to boil a little longer and more ingredients needed to be added. After all, most of the world was not like the college students of the day that was into protest music, folk music or a more progressive Rock. Motown was still hot, the more pop English invasion artists (Herman’s Hermits, Chad & Jeremy, etc) were still doing very well. In fact, even The Beatles only had two songs in the top ten for the year. They were beaten out by songs like “Downtown” by Petula Clark, “You Lost that Lovin’ Feelin’” by The Righteous Brothers and “This Diamond Ring” by Gary Lewis & The Playboys. In part two of “The Summer of Love” you will be able to read how and when it was time to serve up a new Rock format.