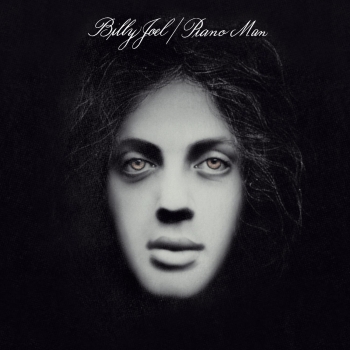 That was not the case for Billy Joel. He grew up in affluent Long Island, New York. His parents tried to give him the very best of everything. He was provided with the best piano and the best teachers. Apparently, he didn’t want for anything while growing up.

Billy was a good pupil when it came to playing the piano. By the time he was in his teens he was proficient enough to have written some of his own songs. But no one could have foreseen the route he would take to stardom.

The first step was not unlikely. He joined a Rock band called Attila. That band failed. He joined another called The Hassles. They also failed. They both failed despite being signed by record companies and having albums released.

At that point Billy thought that the whole Rock band thing wasn’t for him. Not being sure what was his thing, he did odd jobs like working in a factory. After the failure of his first solo album he even went to Hollywood to try and make a career happen. His song “Piano Man” is very much based on his experiences working in a piano bar under the name of Billy Martin.

His talents were initially recognized by the owner of Family Productions. He signed the young Joel to a long- term record contract that would eventually become a legal battle for Billy. The first Billy Joel album showed great promise, but it was poorly produced. That was the beginning of a long nasty battle between Billy and Family Productions.

Despite the bad production, that first album called COLD STONE HARBOR displayed unusual talent. Among the very first people to recognize the brilliance of the music was Jerry Stevens and the on- air staff of WMMR in Philadelphia. Despite the poor sales of the album, WMMR decided to do a live radio broadcast of Billy and his music.

Doing this was unheard of in those days. It was a very risky thing for a radio station to broadcast a live radio broadcast of a completely unknown artist on the air for about an hour. Having him on the air might tune out many listeners. Then there was the cost factor. Doing a live broadcast outside of the station was very expensive in those days. You had to create a separate phone line just to carry the sound back to the station where it would then be transferred to the broadcast towers and sent out to the public. The technology was new and it could have been a complete disaster.

It wasn’t. The live radio broadcast got the attention of not only the Philadelphia audience, but the rest of the country. The WMMR listeners immediately fell in love with Billy. The station took tapes of the broadcast and played them along side of the regular albums. The response was overwhelming-especially for the song “Captain Jack”.

That response wasn’t enough to open the path to stardom. He went on a promotional tour to promote the album. Nothing seemed to work. He wasn’t even getting paid, so he decided to give up and just disappear.

However, some two years later, the Philadelphia audience was still requesting the Billy Joel tapes. That response got the attention of Columbia Records who sought out and signed Billy. Eventually his career took off. To his credit, the “piano man” never forgot how Philadelphia embraced him. Despite the fact that he doesn’t really like the song “Captain Jack”, he plays it whenever he comes to Philadelphia. It is the only place where he plays the song. It is his way of thanking the city for all that the people here did for him.

Billy never forgot the people who helped him get his start. He remained good friends with one of his earliest supporters, Ed Sciaky, until Ed died. The two would often talk about the twists and turns of the Billy Joel career on the phone and in person.

There was one thing that was a constant fear for Billy Joel. Even at the peak of his stardom, he confided he was afraid that he would not be able to write another good song. In one conversation when the topic came up, he admitted that he really didn’t understand where the ideas for his songs came from. After writing every song, despite the fact that he has written hundreds, Billy was convinced he would never be able to write another song.

In recent years it would appear that Billy Joel hasn’t been able to overcome these fears. His last album of new material RIVER OF DREAMS was released in 1993.

Tweet
Published in The Archives
More in this category: « Linda Ronstadt — The Sound of My Voice What the World Needs Now is….A Good Novelty Record? »