The Radio Rebel Bill Wright, Sr. Has Signed Off 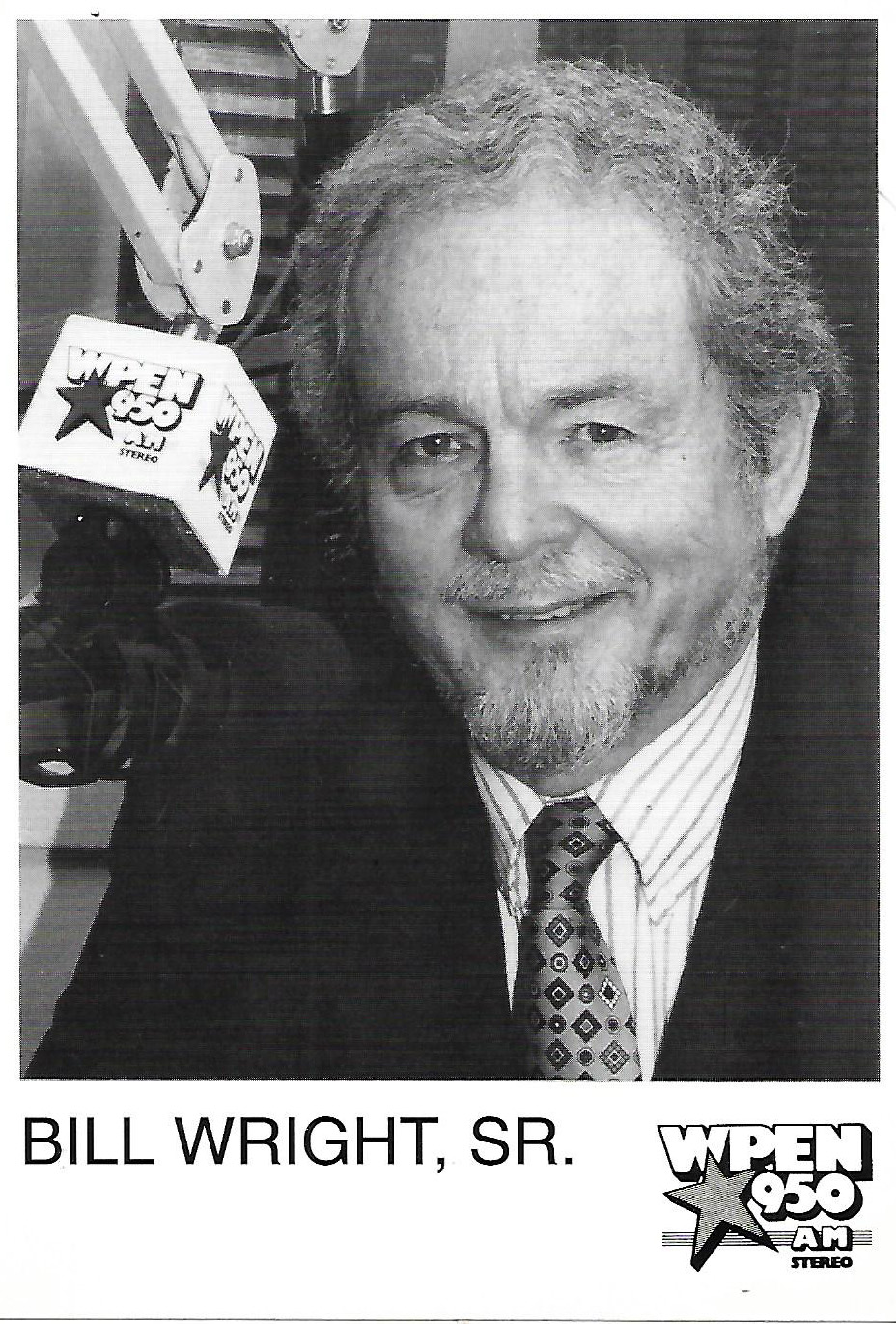 One of the very first voices I heard when I came to Philadelphia for college was that of Bill Wright, Sr. He was nothing like I had ever heard before on Rock ‘n’ Roll radio. Instead of the usual rapid-fire approach, Bill was a lot more laid back and even “folksy”.

The Rebel Wright is what he proudly proclaimed. He never forgot his Alabama roots. His career started there, but he became a radio legend only after getting his big break at WIBG. It was at WIBG that he broke radio ratings history.

Years went by before the two of us met. Bill was hired to work at WPEN, and his shift was around the same time as mine at sister station WMGK.

The day he started I went into the “prep” room that the stations shared. Years before it had been the newsroom and some of the vestiges remained. There were some chairs, a desk and a huge sofa. The sofa served a “napping” place for some during a snowstorm or if you had a short turn around shift.

When I first introduced myself, he seemed almost surprised that I had any interest in meeting him. Our first conversation was short since we both had to get ready to go on the air. But after that, I took every opportunity to find out more about The Rebel Wright.

Bill took the time to tell me his entire history. It is an interesting one.

Prior to getting the radio “bug” that all of us on the air caught and share, Bill wanted to be a singer. At age 14 he sang on the radio at WAPI in Birmingham, Alabama. That sparked his interest in being on the air.

In 1950 an announcer at WSGN in Birmingham was fired for using inappropriate language on the air. The station was looking for a replacement. It was either a friend of the family or someone in Bill’s family who knew the station manager. In any case, it led to a chance at getting an audition.

The very nervous teenager went thinking that, at best, he was a longshot for the job. He was so young and had no experience. Bill recalled that he was given a couple of pieces of paper and was told to go in the announcer’s booth and read them.

The teen did the best he could but was certain that his voice sounded a bit shaky from nerves. He wanted another chance, but the manager said that he had heard enough. So, disappointed he went home feeling that he blew his chance.

Much to his surprise and delight, he got a phone call asking when he could start. That led to him being on the station for six years before moving up north to WIBG in Philadelphia.

Little did Bill realize just how big a break it was. When he got to WIBG it wasn’t anywhere near being the powerhouse station it became. The station grew in large part because of the presence of “The Rebel Wright”.

The talents of this legendary personality weren’t limited to being on the radio. He recorded and released a few records and performed on American Bandstand.

Tweet
Published in News & Events
More in this category: « The Top Has Lost Its Bottom Bye Bye Don »