The Queen of Soul Has Died of Cancer, but She Will Live Forever in Our Hearts 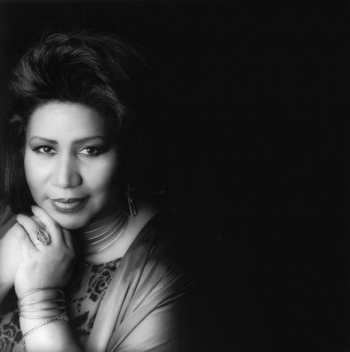 The news was hardly a real shock since days before Aretha Franklin died her family announced that she was gravely ill and in hospice care, Still, it was hard to believe that one of the most powerful voices of all time is now gone. Her legacy, however, will live on forever.

Despite her obvious talents, Aretha was not an immediate success. The legendary producer John Hammond discovered her and signed her to Columbia Records. While Hammond, one of the best ever at spotting talent, didn’t make a mistake signing Ms. Franklin, Columbia Records dropped the ball. At the time the label was still living in the past and was living in denial that Rock & Roll and R & B were just a passing thing. As a result they tried to change the entire spirit of Aretha’s’ act and made her more like the so called torch singers. It didn’t fly and Columbia lost a golden opportunity to have a superstar on their label.

The much smaller (at least back then) Atlantic Records was quick to grab the former gospel singer up and run with Columbia’s dropped ball. Legendary engineer and producer Tom Dowd knew exactly what to do and very soon after Aretha Franklin became the “Queen of Soul”.

What followed speaks for itself. Aretha went on to win 18 Grammy Awards, sell more than 75 million records and became the first female inducted into the Rock ‘n’ Roll Hall of Fame. The bible of record charts Billboard Magazine listed 112 charted singles on their charts making her the most charted female in the history of the magazine.

The daughter of the preacher Rev. C. K. Franklin, she never strayed too far from her gospel roots. In fact one of her biggest selling albums was her Gospel LP called AMAZING GRACE. It went double-platinum.

One of her best concerts ever was captured on disc. LIVE AT THE FILMORE is a real powerful record. “Drown in My Own Tears” was made even better by a surprise appearance of the man who made the song popular, Ray Charles. It is most certainly a goose bump moment.

Playing at the Fillmore also showed that the rock fans of the time period who were really into rock bands were able to embrace the emotion that came from Aretha. After all, how much real difference was there between the likes of Janis Joplin and Aretha Franklin? I asked that very question to my listeners who called me on the air when I was first on WIFI back in 1967, claiming that she didn’t belong in a rock format.

While her career cooled off somewhat in the late 70’s, her powerful voice was never stilled. She mounted several comebacks and her WHO’S ZOOMIN’ WHO? in 1985 went platinum. Her somewhat new style that made it possible to team up with other performers provided hit singles like “Freeway of Love” and “Sisters Are Doin’ it for Themselves”.

Her career was slowed over the past decade or so because of illness. She had a tumor removed in 2010 and hopes were that she could soon resume performing. There were very few once she fell ill.

The last time she appeared on stage was November 7, 2017. The occasion was the 25th annual Elton John AIDS Foundation gala in New York. At that time Elton declared her to be “the greatest singer of all time”. Rolling Stone had already declared that in their list of the greatest singers of all time.

The last full concert that Aretha Franklin ever did was here in Philadelphia. It took place on August 26, 2017 at the Mann Music Center. Her voice was still as powerful as ever.

Last year Aretha said that she was going to retire this year and maybe open a club in her hometown of Detroit. That and an LP that she wanted to record never happened.