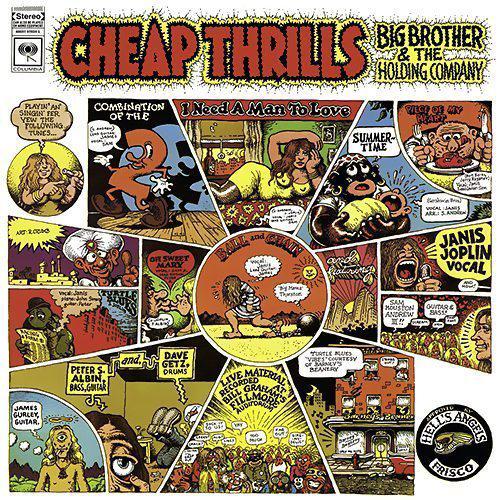 Apparently they talked their way onto the bill at the last minute. The headliner was Janis and Big Brother. Most that came to concert to see this women singer that the press was talking about.

At the time the only LP the group had out was on Mainstream Records. When I spoke with Janis she said “Man don’t play the record. It is awful.” I will never forget it because it was the first and only time an artist asked me NOT to play their record.

There was a good reason for Janis to bad mouth the record. I had to agree with her that the production on the record was pretty bad, but her talents burst through anyway. There was only one track that was even fit to be played on the air. “Down on Me’” may have sounded like it was recorded through an old sock, but there was no mistaking the stunning power Janis had in her voice.

The reason she wanted me to forget the Mainstream record was because the group was in a fight to get out of their contract with the company. They finally did and the end result was the album CHEAP THRILLS on Columbia Records.

There are lots of stories about the record. I will stick to telling you about the album cover. Rolling Stone Magazine picked it as the ninth best cover ever. It could have gone higher.

It was a cover that almost didn’t happen. Originally the cover was going to feature the entire group (some say naked). That was vetoed as well as the original title “Sex, Dope and Cheap Thrills”. It was Janis who loved R. Crump’s art work. So much so that she personally presented to Columbia. They wanted the art work to be on the back with a picture of Janis on the cover. She got her way.

Legend has it that R. Crump, a noted underground cartoonist, didn’t even want to get paid for his work. He didn’t see it as anything special. Apparently the cover became so popular he did sign some prints of the cover that were selling extremely well. It didn’t hurt the print sales when the album was number one on the charts for eight weeks. 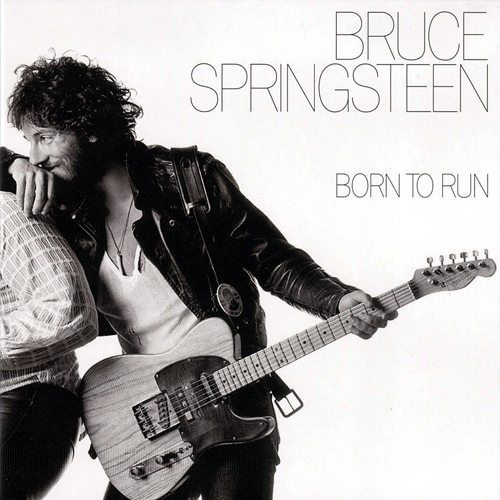 Columbia Records tried for some time to get Bruce to pose for this album cover. Something always came up and the photo shoots had to be postponed.

In his book (see story) Bruce made it very clear that he always wanted Clarence Clemons to be on the cover with him. The pose of Springsteen learning on Clarence was more than just a pose. Clarence was someone that Bruce leaned on all the time. The photographer Eric Meola caught the classic pose during a photo shoot that had them doing all kinds of things. He took over 900 pictures in a three hour session. They tried sitting on a fire escape, listening to the radio and just Bruce playing the guitar. Bruce insisted that Clarence be on the cover and this pose just stood out. It went on to be imitated by other artists, but none were as good as the original pose. It just looks very natural. So was the record that went on to be listed as one of the best albums of all time.

One bit of oddity. The first pressing of the album covers had to be recalled. Apparently they printed the name of the producer as John Landau instead of Jon. In some cases it was corrected with a sticker to cover up the original. 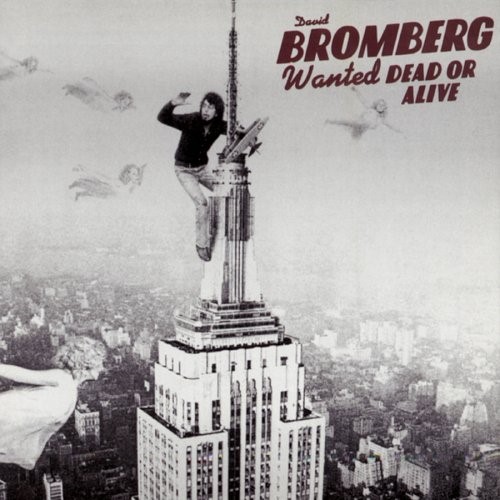 The Philadelphia born David Bromberg was at his very best on this album. Bromberg made a name for himself as a great studio player. He still puts on a great show although he doesn’t leave the Philadelphia area that much anymore.

The title of the album is a bit of a play on words. One side of the record was recorded in the studio. That side featured four members of The Grateful Dead-Jerry Garcia, Phil Lesh, Keith Godchaux and Bill Kreutzman. Side two was recorded live.

The cover of the album gives you some idea of Bromberg’s sense of humor that shines through on the disc as well. “Danger Man”, “The Holdup” (co- written with George Harrison) and “Send Me to the ‘Lectric Chair” are very typical of David’s way of making fun of himself. In “Danger Man” he has the line “Lord knows I have a dangerous noise” referring to his rather large nostrils. 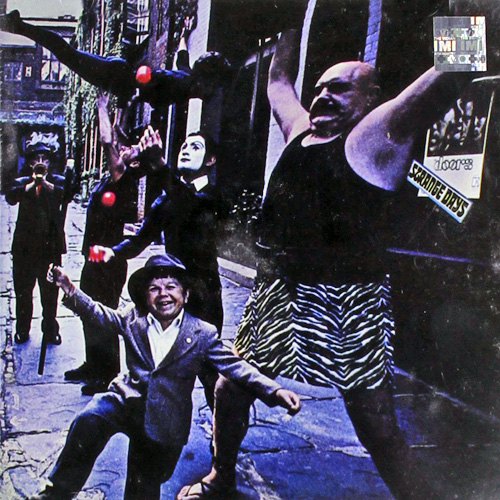 Most of The Doors album covers were pretty much like most other Rock album covers. A photo of the band with or without their instruments. You would think that with Jim Morrison being as strange as he could be, there might have been more of an attempt to further his mysterious reputation with unusual covers.

It was because of Morrison that the “street performers” ended up as the cover for their second LP. Jim refused to pose for a picture for some unknown reason. STRANGE DAYS was the only album cover that he wouldn’t allow pictures of himself to be used.

As a result, the photographer Joel Brodsky, put together the idea of street performers. The fact is that most of the “street Performers” on the cover were not performers at all.

The weight lifter was a bouncer at the Friars Club. The jugglers couldn’t even juggle. Frank Kollegy the assistant to Brodsky played the part. The trumpet player was actually a cab driver that Brodsky flagged down and paid him $5 to pose with a trumpet.

Despite Jim Morrison’s wishes, you can still find the picture of the group on the cover. You have to look, but it is there.

This is Part Two in a series. To view the rest in this Album Cover series, click here.