This is the first in a series of some of the very best album covers in the history of Rock music. Feel free to contact me with your favorites.  Rock has produced so many that the artwork could be as passionate a conversation as the music within it. 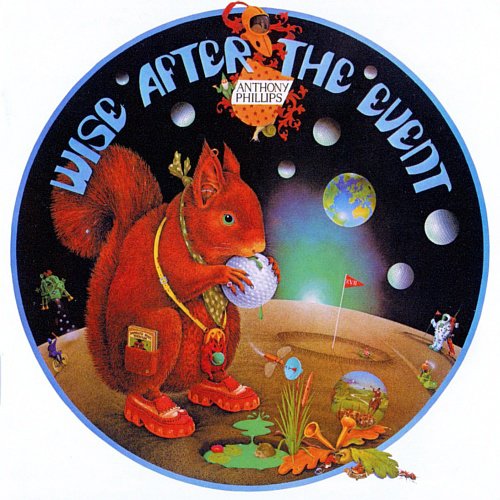 Let’s start with the album called WISE AFTER THE EVENT recorded by former Genesis guitarist Anthony Phillips.   I liked it so much that I have a print of the cover hanging in my hallway.  The artwork was done by British artist Peter Cross.  The album cover ended up being a career launching pad for the young illustrator. Most of his works are very whimsical drawings that often include animals.  After doing a couple of covers for Anthony Phillips albums, Peter made a name for himself with eleven children’s books. 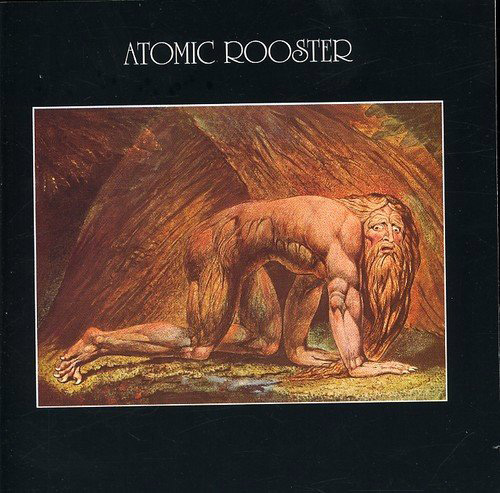 Vincent Crane put together one of the first progressive Rock bands in the UK and made a record in 1970.  One of the members of the group at that time was Carl Palmer who went on to drum for Emerson, Lake & Palmer.  Vincent left his own band to join The Crazy World of Arthur Brown. The first album by Atomic Roster was not released in the US so DEATH WALKS BEHIND YOU was the first LP released here.  The cover for the album was certainly an attention getter and somehow fit the sound of the band.  Like the Anthony Phillips, Atomic Roster never had much commercial success, but left a mark with this and other covers. 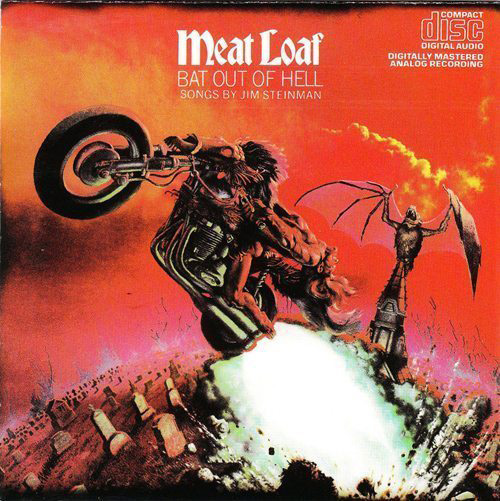 Ed Lee designed and illustrated an album that is a lot more familiar.  BAT OUT OF HELL by Meatloaf has a cover that jumps out at you and almost forces you to put the record on.  I didn’t get to see the cover before I heard the music (see story here) and when I did finally get to see the final product, I thought that cover was a perfect fit for the music. While the artwork may not have been a big factor in the album becoming one of the biggest selling albums of time, it didn’t hurt either. 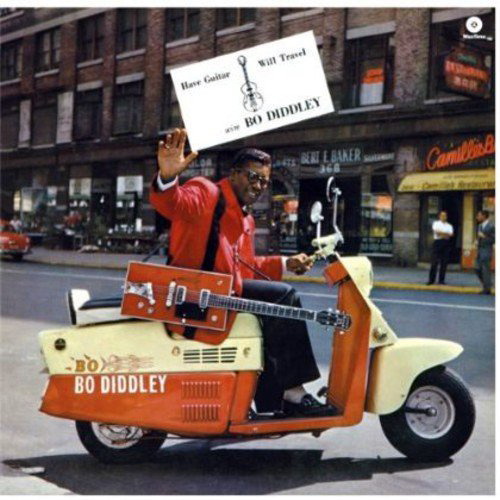 One of the very albums I ever bought was the Bo Diddley album HAVE GUITAR WILL TRAVEL.  The LP had one of the very best covers of that period.  It was bold and colorful. The early Rock ‘n’ Roll star took the title from a very popular TV show at the time called “Have Gun will Travel”.   The album lives up to the cover with Bo playing some remarkable guitar. That square guitar made a full sound that was far from square.  That sound and beat influenced many of the rockers who followed.

This is Part One in a series. To view the rest in this Album Cover series, click here.

Tweet
Published in The Archives
Tagged under
More in this category: « The Saga of The Velvet Underground & Nico Groundbreaking LP The Radio Station »