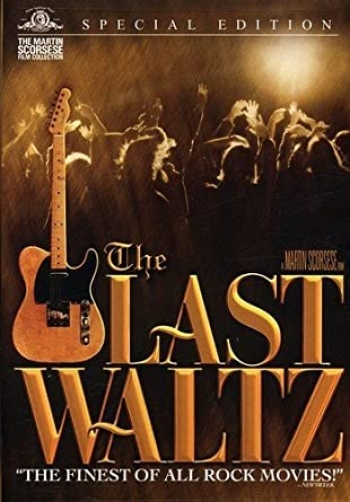 There are some great quality and very entertaining movies that will help ease the pain of not being able to see a live concert. There are also some very informative and interesting Rock documentaries that are a must see.

The best of the concert films is THE LAST WALTZ. It features a slew of stars bidding farewell to The Band. If you haven’t seen it, you absolutely must. However, save it for last because it is the best and it will spoil you in viewing others.

Instead start with some other worth while concert films like FLEETWOOD MAC LIVE IN BOSTON, THE EAGLES HELL FREEZES OVER, ERIC CLAPTON & FRIENDS, TOM PETTY & THE HEARTBREAKERS RUNNING DOWN A DREAM, LEONARD COHEN I’M YOUR MAN, or QUEEN LIVE AT WEMBLY STADIUM.

Van Morrison hasn’t done too may concerts because he suffers from stage fright. That makes watching VAN MORRISON LIVE MONTREUX a real treat. He is such a great performer it is hard to imagine that he doesn’t like doing it more often.

Another great performer that you can no longer see is Stevie Ray Vaughn. You can see why he is called one of the greatest guitarists ever in films like the one that capture him live in Austin, Texas or at the Montreux Jazz festival.

The Who are down to two original members. If you want to see them at their best over the years check out THIRTY YEARS OF MAXNIMUM R & B LIVE. Yes, when they first stated they were called an R & B band.

The Beatles are also down to two members. That makes THE CONCERT FOR GEORGE even more moving. All his close music buddies came together to pay tribute to their fallen friend.

One of the best concert films ever is was done by The Talking Heads. It is called STOP MAKING SENSE.

If you haven’t seen the original Woodstock or Isle of Wight concert films, you really must. Some very historic performance in both films.

Don’t want to leave out two U2 films. RATTLE & HUM and LIVE AT RED ROCK.

This is only a start. There are so many that this may end up being just part one.

If watching these concerts doesn’t fill the void, perhaps knowing more about the performers will. There are many great documentaries to pick from.

Beatle fans will like watching the Ron Howard movie EIGHT DAYS A WEEK. There’s some concert footage in that one as well.

The big one is the 5 DVD set called THE HISTORY OF ROCK ‘N’ ROLL. It is a crash course of the music.

TWENTY FEET FROM STARDOM is a great story of what the life of a backup singer in a band is like. It documents some very interesting stories of those who never get into the spotlight.

Tom Dowd was a genius. His accomplishments as a producer and engineer is absolutely engrossing in the film called THE LANGUAGE OF MUSIC.

The story of Eric Clapton is told in LIFE IN 12 BARS. While reading his autobiography is better, this is will give some great insight on him.

The Joe Cocker biography film called MAD DOG WITH SOUL is available for streaming on Netflix. It tells the story of his humble beginnings to rise to fame. The story is told by his wife, friends and band mates who know him well and don’t leave out any of his failings.

One of the most iconic recording studios is Muscle Shoals. Its very long history plays out in the movie of the same name.

A history of the legendary Atlantic Records is outlined in THE HOUSE THAT AHMET BUILT. It is a truly amazing story behind one of the most successful record companies ever.

While there are many more to get to, here’s one last one for this article. LEGENDS OF THE CANYON tells the story of the many stars who lived in Laurel Canyon in California.

Hope these fine films help get you through your cabin fever!

Tweet
Published in The Archives
More in this category: « The Who Plays The Who Bob Dylan — A Murder Most Foul »