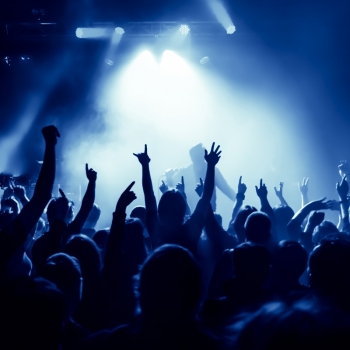 This is a very early album by Ten Years After that didn’t sell very well. But it really captures their truly amazing live sound. The raucous and raw music is blistering mixture of hot Blues, Jazz and rock.  The title certainly fits.  The highlights of the album include “Woodchoppers Ball” with the group showing off their musical gymnastics and the original live version of the crowd pleaser “Going Home”.

9) LIVE IN CONCERT Procol Harum with the Edmonton Symphony Orchestra

The prototypical Bach Rock band proved once and for all that rock and classical music can be combined.  Procol Harum and the Edmonton Symphony Orchestra play most of Procol Harum’s best songs seamlessly together.   The album ended up being the biggest selling album ever for the group going to number 4 on the Billboard charts and it sold enough to be certified gold.

This very under rated funky Los Angeles based band was at their very best on this live recording.  Originally released as a double album and later as a shorten CD, Little Feat surpassed anything they ever did in the studio.  Lowell George was in great form and the sound of the band was captured perfectly.  The album was the highest charting record for the band and it became certified gold.

There must be something about playing in this Japanese theater.  Bob Dylan and Eric Clapton are among others that have recorded their live albums here with excellent results.  In the case of Cheap Trick, it was a career maker.   Before this live album Cheap Trick was going nowhere fast.  All the songs on this performance were done in the studio with no commercial success.  The live versions of those songs led to a number four position on the Billboard Charts and a platinum record.

Like Cheap Trick, Peter Frampton’s career was stuck in neutral until the release of this double LP set. As was the case with Cheap Trick, all the hit songs that came from this live album, were released before with only moderate success.  FRAMPTON COMES ALIVE! zoomed to number one in Billboard and sold multi- platinum. It remains as one of the most successful live albums ever recorded.

If you want to hear the original Allman Brothers at their very finest, then you have to listen to this cooking live album.  The Allman Brothers may have had success without Duane Allman, but they were never better.  On this recording you will hear why. The Allman Brothers have always been a live band and this Filmore album provides the best avenue to hear that rough sound. The album went to number 13 on the Billboard charts and sold enough to be given a Gold record award.

This album was recorded live during the Wings tour of America in 1976.  Their sensational, breathtaking performances are captured flawlessly.  You can almost feel the laser light show.  Again, the power of the live show brings something new to the table.  The live “Maybe I’m Amazed” did something the studio version did not do - the live version of the song went to the top ten on the charts.  The album went to number one on the Billboard charts and sold multi-platinum.  It remains as one of Paul’s biggest selling albums of all time.

3) LIVE AT LEEDS The Who

Nothing has ever captured The Who better than LIVE AT LEEDS.  The thing that makes it even more amazing is the quality of the sound.  It is as good as any ever done in the studio.  What makes that somewhat unbelievable is the fact that it was recorded with what would be considered antique by today’s standards.  The young and forceful sound of the band allows those people who never experienced them at their best to get a good idea of what it was like. The album went to number four on the Billboard charts and sold gold.

To get an idea how people were influenced by Bob Dylan, all you have to do is look at the wide range of his peers that performed at the 30th Anniversary Concert on October 16, 1992 in Madison Square Garden.  Not only do rock legends like George Harrison, Tom Petty, Neil Young, Eric Clapton, Ronnie Wood, John Mellencamp, Eddie Van Vedder, The Band, Lou Reed, Chrissie Hynde, and Roger McGuinn come to perform and heap praise on Dylan by doing his songs, but so did country stars like Willie Nelson, Johnny, June & Roseann Cash, Mary Chapin Carpenter and Kris Kristofferson.  Then there was Irish folk singers the Clancy Brothers and Ritchie Havens, Stevie Wonder, The O’Jays and Tracy Chapman.  You are left with a real sense of awe, not only for the artists, but the staggering number of great songs that Dylan has written.  The Eric Clapton version of “Don’t Think Twice” alone is worth the price of the double CD set.

1) THE LAST WALTZ The Band

THE LAST WALTZ Is another specular stage presentation filled with superstars.  This time they have all gathered for the last performance of the group that started out as a back-up band for Ronnie Hawkins and later for Bob Dylan and made it all the way to the Rock and Roll Hall of Fame.

The concert was held at San Francisco’s Winterland Ballroom on Thanksgiving Day, November 25, 1976.  Unlike many “last” concerts, this really was the last time all the original members of The Band played together.  They certainly went out in spectacular style.      Among the many guests who joined them on stage were Ringo Starr, The Staple Singers, Neil Young, Neil Diamond, Ronnie Wood, Joni Mitchell, Dr. John Muddy Waters Van Morrison and of course their former leader, Bob Dylan.  Martin Scorsese directed the filming of the show that is often called the best concert film ever made.