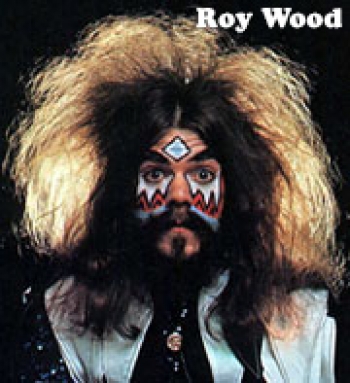 All the while The Move and Roy were frustrated that none of their songs were hits in the US. In 1970 another musician named Jeff Lynne from Roy’s home town of Birmingham, England joined the band. It seemed at first that Roy and Jeff were on the same page.

Both of them loved the idea of mixing in classical music with rock. With that notion in mind, they started to fool around with the idea in the studio. That experimentation led to an instrumental song (where Roy did most of the instrumentation) 10538 Overture and The Electric Light Orchestra was born.

Since that song wasn’t done by a real band, Jeff Lynne’s initial idea was to have the song be part of the new Move album that was also in progress. It was Roy who vetoed the idea and want it to be part of a separate group of his making. At that same time Jeff, who had his own mini studio in his mother’s living room, wrote and recorded another song for the album. That song was called “Do Ya”.

In my interview with Jeff Lynne he told me that things between he and Roy started to fray with that song. The Move was Roy’s band and he had written almost all the material for it since the start. The Wizard wasn’t thrilled that “Do Ya” was considered to be the best song on the new album and was released as a single in the US. After all, his song “California Man” was the A side in England and it made it to the top ten. It didn’t help that the 45 was the only single to ever even make the charts (went to number 93) for The Move in this country.

Since I was already a fan of The Move, I was convinced that “Do Ya” was a hit single. So much so that I added it to the WIBG playlist from the day it was released. That was the only reason that the song made the charts. It was a big hit in Philadelphia, but strangely got no air play anywhere else.

Very soon after the failure of “Do Ya” to become a big hit, Roy Wood broke up The Move and turned all his energy to The Electric Light Orchestra. It soon became a real band strings and all. Just when it seemed like this might be the vehicle that would finally make Roy Wood an international star, he suddenly left his own group and started a new one called Wizzard. As it turned out, it wasn’t a great career move. Wizzard never caught on and ELO became a super group under Jeff Lynne’s leadership.

Jeff Lynne’s version of what happened to The Move and why Roy left ELO (that was his own pet project) was slightly different than Roy’s. At the time that Roy left ELO he said it was because of management problems and contracts. Jeff’s story was that Roy was very unhappy with the fact that the record company preferred “Do Ya” to any of Roy’s songs for a single and was feeling that he was losing control of his own band. Jeff’s songs for ELO were more mainstream. Some critics went so far as to compare Jeff’s writings to that of The Beatles. Ironically, Jeff did became one George Harrison’s best friends. There was even some talk of Jeff replacing John Lennon after his death in an attempt to bring back The Beatles. None of that happened, but Jeff did team up with Harrison, Bob Dylan, Roy Orbison, and Tom Petty to create the mythical group called The Traveling Wilburys.

Even more ironic was that the Jeff Lynne song “Do Ya” was remade and released as a single again in 1976. This time it was a big hit. Meanwhile, Roy Wood (while still performing in the UK) remains an unsung hero. There is also a band that plays in the UK on occasion called The Move that features two original members, but without Lynne or Wood they can hardly be called The Move. 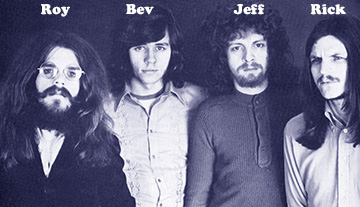