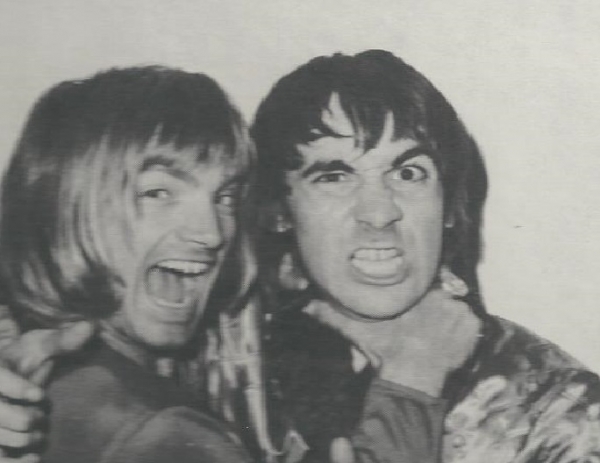 His attics attracted many musical friends who worked with him like Jimmy Page, John Bonham, Keith Moon, Ritchie Blackmore, Jeff Beck, Noel Redding, Matthew Fisher, Charley Watts, and Nicky Hopkins. They all helped by being part of his initial album here in the US called Lord Sutch and his Heavy Friends.  Despite being produced by Jimmy Page and with all of his heavy friends, the LP was a huge flop despite making the Billboard charts at number 84. It wasn’t because of the playing of all the heavy friends, they were great.  Their name on the album cover was the main reason for any sales at all. The material was even written by his friends, so that wasn’t the problem. So what was the reason?  Well, by his own admission, Lord Sutch could only scream, not sing.   The album was so bad in the eyes of the BBC, that in 1998 they named it the worst album of all time.

While Jimmy Page was later quoted as saying that he did the record as a lark and didn’t expect it to be anything but a demo tape, many Led Zeppelin fans still consider it to be a gem. It is still available as an import.

Besides his “musical” career, Lord Sutch started a “pirate” radio in England in 1964 called Sutch radio.   He soon got tired of that and sold it.  He then turned attention to being a politician.   Not that he or anyone else took him to be a serious candidate.  As founder (and perhaps only member) of the Official Monster Raving Loony Party, Lord Sutch ran for parliament and lost a record 40 times.   Since the power to be thought he was a joke they raised the “entry” fee to be able to run.  That didn’t stop the Lord from running.  In fact in 1994 he received over 1,000 votes.

Sadly the fun all came to an end on June 16, 1999.  Lord Sutch who apparently suffered from manic depression his entire life, ended his own life by hanging himself.

Tweet
Published in The Archives
More in this category: « No strings attached The National Pop, Jazz and Blues Festival »