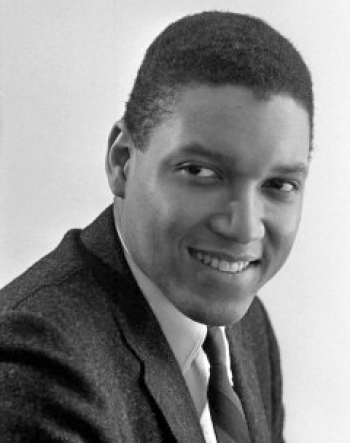 In a somewhat odd transition, Wilson was asked to produce a Bob Dylan album. It was Dylan’s manager at the time, Albert Grossman, who insisted that Tom take over the producing duties from John Hammond. That was startling for two major reasons.

First Hammond was not only the man who discovered Dylan, but kept him from being dropped from Columbia Records. Hammond also had an amazing track record for producing a long list of stars. He had also helped Dylan turn the corner with the 1963 LP THE FREEWHELLIN’BOB DYLAN. It was a much better record than the debut self-titled album with some of the best songs ever done by the emerging superstar like “Blowin’ in the Wind” and “Don’t Think Twice It’s All Right,”

The second reason was that not only did Tom Wilson not have any idea how to produce a folk album, he actually disliked folk music. His first love Jazz was certainly much closer to his own African American heritage. Despite that, it was Tom Wilson behind the glass when the tapes started rolling for the album ANOTHER SIDE OF BOB DYLAN that released in 1964. That album produced songs like “My Back Pages” “It Ain’t Me Babe” and “All I Really Want to do”.

With success of other people doing his songs in the so called Folk Rock style, coupled with the explosion of The Beatles, Bob was ready to move into his electric era. That started with the Wilson produced album BRINGING IT ALL BACK HOME. It still had traces of folk with “Mr. Tambourine Man” and “It’s All Over Now Baby Blue”, but songs like the opening track “Subterranean Homesick Blues” were a radical departure. The album was a huge success.

That led to Dylan’s HIGHWAY 61 REVISITED LP. The opening track “Like a Rolling Stone” remains as Dylan’s finest record. There are conflicting stories about the session that produced the song that Rolling Stone Magazine called the number one song of the Rock era. One version was that Al Kooper was a friend of Wilson’s and came to play that part at his request. The other version of the session was that Al Kooper just showed up at the session looking for studio work playing guitar. They didn’t need a guitar player, but Dylan had idea for an organ part he wanted included in the session. That version says that Tom Wilson was opposed to that notion. After Kooper, who by his own admission was not that accomplished on the organ, finished his simple parts the producer wanted to leave it out and move on. It was Dylan who insisted on keeping the organ part in that did so much to create the passion in the song.

If the second version is correct, it would account for “Like a Rolling Stone” being the very last song that Dylan and Wilson did together. Producer Bob Johnson finished up the rest of the album.

At that point it almost didn’t matter. With the success of the Dylan albums, Tom Wilson was suddenly in demand. What he learned from producing the “electric” Dylan led him to produce Simon & Garfunkel and Dion. In 1965 he became the head of Verve Records A & R and led the way in producing new experimental groundbreaking albums from The Velvet Underground & Nico (Andy Warhol took credit for it, but Tom did all the work) , Frank Zappa & The Mothers FREAK OUT and ABSOLUTELY FREE. And the Jazzy rock band called The Soft Machine. In all these albums that were so far removed from the normal Rock record, it was Tom’s ability to allow the artists to push it to the limits without fear of being over produced that made them musical landmarks.

Despite his success, Tom Wilson faded from the scene in the 70’s and his death in 1978 went almost unnoticed. He rarely did interviews so we may never know how he felt about the performers he worked with or their unusual talents. Those who are still left to talk about him, give him credit for bringing out the best in them without being overbearing.

Tweet
Published in The Archives
More in this category: « Rock's Unsung Heroes Series: Willie Nile — The Can’t Miss Performer Who Is Still Trying Featured 45: 10cc — I'm Not in Love »