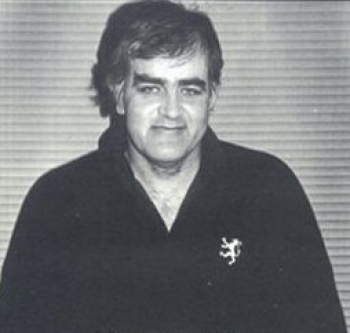 Only ardent fans of The Rolling Stones know very much about one of the original members of the band. However, Ian Stewart was very instrumental in getting the group off the ground. Keith Richard said “Ian Stewart was the glue that held the whole thing together”.

Those who take the time will note that Ian’s name appears on many of The Rolling Stones records. He wasn’t a studio musician, he was a member of the early Rolling Stones. As it turned out he did a lot more than play keyboards for the band.

When Brian Jones, the original leader of The Rolling Stones, put an ad in the paper looking for a piano player who knew American Blues, Boogie Woogie and R & B, it was Stewart who showed up and blew the whole band away with his playing.

Ian was a little older and more music scene savoy than the other members of the young group that would become world famous. They looked to him for more than music advice. Since he was a bigger and stronger man the rest of the members, he also did the lion’s share of moving equipment during the early gigs before they could afford to hire roadies. He also had a van and drove countless miles all over England to play gigs in small clubs and faraway places for very little money. Since no one else in the group had a phone, Ian’s home phone became the only way to book the band or even contact them.

The keyboard work was perfect for what the early Stones were doing. Like the other members of the band, he loved the Blues and could play it as well as anyone. So why was he not a full-fledged member of the band once they became famous?

The early days for most groups are rough. There’s a lot of sleeping on the floor or the van, eating poorly and long hours without sleep. The band realized that they couldn’t do it all themselves. In order to get the better paying jobs they would need a manager. That manger became Andrew Loog Oldham.

One of the very first things Andrew did was to tell the band that there were too many people in the band. It was too hard to book a six piece group and they didn’t need a keyboard player anyway. That was what he told the band anyway. Later the real truth came out. Those reasons were just excuses to get rid of Ian. It wasn’t because of the keyboard work, it was because he didn’t fit in physically. He was not only older than the rest of the band, but he was much larger (taller, muscular and heavier) than the other almost frail looking group. If that wasn’t enough, he also wasn’t as “attractive” as the others. Odd statement considering that most people didn’t feel The Rolling Stones were among the most attractive of the British bands.

The other members of The Stones fought to keep Ian in the band. They loved him for his humor, wisdom and guidance. They couldn’t imagine going on without him. Still, they did need a manger and Andrew insisted he would do the job if they kept Ian on as the keyboard player.

The band came up with a plan to keep “Stu”. They offered him the job as road manager. He would be the man in charge of making sure all went well with the travel, set up and all other arrangements on the road. To his credit, Ian took the job and never was bitter about not being in limelight or ever making the big bucks after The Rolling Stones became huge. Stu continued to play with the band, but was not on stage. He would play just out of sight of the audience.

Keith Richard is quoted as saying that it took a special man to swallow his pride and be demoted from member to road manager. He admitted that if it had been him, he would have told them to keep the job.

The only complaint the band ever had about Stu’s road manger work was the hotels he booked. Ian was an avid golfer and as such always booked the band near the best golf course. Often this meant that they would be staying as much as ten miles outside the cities and that really cut down on the band’s “social” life. Ian would brush off these complaints saying that he didn’t approve of the band’s life style anyway. He called it a bunch of silliness.

While most people didn’t know he was an unofficial member of the band, his name continued to be in the credits. Even after the early days he played on big hits like: “Honky Tonk Women”, “Let It Bleed”, “Brown Sugar”, and “It’s Only Rock ‘n Roll (But I Like It)”.

Stewart continued to tour and record with the Stones until 1983, but he was not exclusive to them. Others realized just how good he was and hired him to play on their records. Probably his best effort can be heard on Led Zeppelin’s “Boogie with Stu”. It was a song written as a tribute to him and his playing makes it one of Zeppelin’s best. It was a song that happen by accident.

Led Zeppelin used The Rolling Stones mobile studio in the recording PHYSICAL GRAFITTI. Ian showed up to be sure that all was going well. As a lark he started playing what Jimmy Page later said was impossible piano playing in the studio. The tapes were rolling so they were able to capture the moment. It was fortunate that they did. Stu never wanted to play solos on record. Zeppelin went on to build a song wrote his piano work. There was no way for Page, Plant and company to ever play the song live without that amazing solo effort by Stu, so it was never part of their live show.

While casual fans may not be aware of Ian Stewart, the Rock ‘n’ Roll Hall of Fame certainly was. When The Rolling Stones were inducted into the H of F in 1989, they asked that Ian Stewart be inducted as a member of the band. Their request was granted. Sadly Stu was not there to receive the honor. He died of a heart attack at age 47 on December 12, 1985.

Tweet
Published in The Archives
More in this category: « The Summer of Love — Part 3 Featured 45: Loggins & Messina (The Accidental Duo): Angry Eyes »