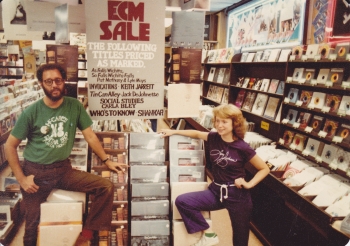 Before working at Tower Records, Donald got his start at Sam Goody’s in Philadelphia. He was shopping in the store one day when a customer asked him a question thinking that he worked there. The manager overheard him give a good answer and asked Elfman if he wanted a job. Naturally, since he always wanted to work in a record store he said yes.

That man in the Tower Records t-shirt and I are no longer strangers. His name is Donald Elfman and it turns out we have a great deal in common. Besides our passion for music and writing, we both graduated from LaSalle University in Philadelphia with a degree in English. We even both worked in the record industry in somewhat similar positions. That led to further conversations.

For those who may not be aware, the 2015 movie called “All Things Must Pass” was the story of the rise and fall of Tower Records. While the film was of special interest for me because of the countless hours that I have spent in record stores, it still should be recommended to anyone who has a passing interest in music and that era. What did go on behind the scenes during the peak years of record shops?

The documentary traces the history of Russ Solomon who launched Tower Records in a drug store in 1960. This rebel went against the grain of conventional wisdom and built an empire of record stores with two hundred stores, in thirty countries, on five continents. It actually became a major force in the entire record industry. Their fall mirrored that of the entire industry. In 1999 Tower Records made 1 billion dollars. In 2006, the company filed for bankruptcy. The film explores some of the possible answers as to how could something like this even happen.

So what was it like for Donald at Tower Records? Here’s his response:

I have some odd feelings about the Tower film. It’s a well done film about a special place, but if you worked there it still was a low paying, retail job and it was often a drag to have a store open all the time - this was before the days where everything was open all the time. It was great fun to have access to so much music and to know that musicians and other celebs would shop there.

Life was hardly over once Elfman left Tower Records. His working there may have been a contributing factor in molding a career in music.

In 1984 Donald became the National Promotions Manager for the major record labels of Polygram Jazz and Verve Records. Among his wide range of responsibilities were producing, promoting and marketing of all new and reissued recordings for the two labels.

It was during the time that Elfman worked at Polygram and other record labels that he played the role of unsung hero. His was an important role in keeping the music alive. At the dawn of the CD era, many music fans were converting their library from vinyl to the new form. Record companies had to decide what was worth re-issuing. That’s where a man with Donald’s ears and talent would produce the re-issues by deciding what songs would be used in any re-packaging. It is not as simple as it sounds. It is hours and hours of listening and digging into the vaults for not only the known material, but often lost gems among tapes that were all but forgotten. You really have to know your stuff. It is not enough to know the music, you have to be able to write liner notes that are interesting and informative, but not overly scholarly or wordy. It is a real art. Too much is a turn off for a buyer who is casually looking to buy and yet you have to appeal to them with a sense that this is worthwhile investment.

There’s so much knowledge that can be learned from reading liner notes. I used them all the time in my own research. Yet, many music fans are not aware of things like liner notes, producers and sidemen who played on a record. Liner notes are sort of an encyclopedia that can be used for reference. Often liner notes have led me to seek out more records that included sidemen that I felt were especially talented. This is especially true in Jazz, Donald's main interest. He has written almost 100 liner notes. Here’s a small sample of the Jazz giants whose liner notes he has written: Miles Davis, Stephane Grappelli, Lionel Hampton, Thelonious Monk; Lee Morgan, Oscar Peterson, Bud Powell, Chet Baker, Sonny Rollins, Erroll Garner, Dizzy Gillespie, George Shearing, Horace Silver, Jimmy Smith, McCoy Tyner and Ray Brown. In addition there’s singers Mel Torme, Nancy Wilson, Billy Eckstine, Lou Rawls, and legendary bluesman Junior Wells.

Despite the new interest in vinyl, the record heyday is over. However, Donald Elfman’s contribution continues to give us insight. He has written countless articles on music for various magazines. He continues to share his vast knowledge as a teacher and consultant. He’s truly an unsung music hero. 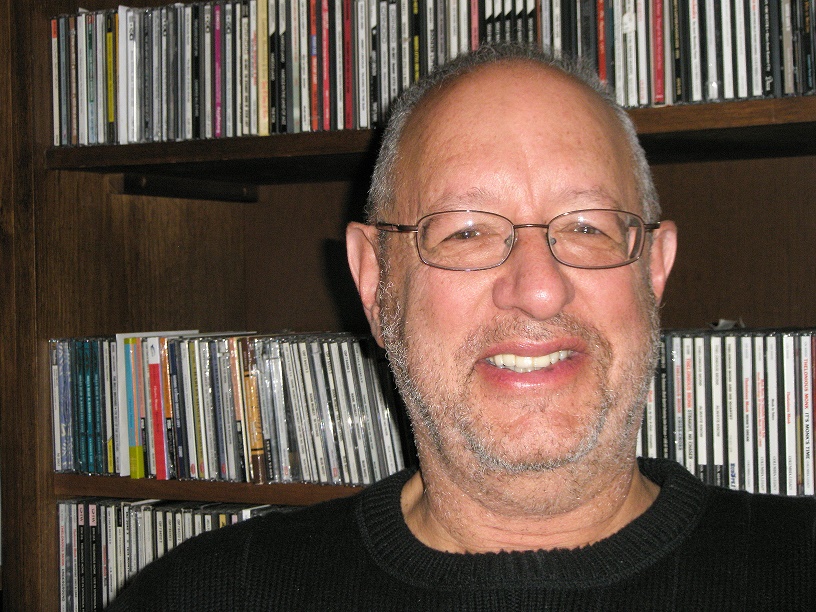 Tweet
Published in The Archives
More in this category: « Meat Loaf — Bat Out of Hell The Summer of Love — Part 1 »