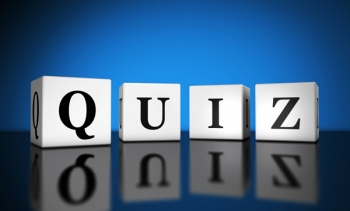 6) Both Elton John and Rod Stewart got their first big break playing for Long John Baldry.

7) Keith Moon died of a drug over dose after a wild birthday party.

9) The bass player for the Doors on all their records was never given credit because of contract dispute.

1) There are several rock stars that died at age 27. Which of the following did NOT die at age 27?

2) Artist Andy Warhol designed album covers for all of the following rockers except:

A) The Rolling Stones

3) All but one of the following were inducted into the Rock and Roll Hall of Fame in 1988.

4) The following all share the birthday of October 9, EXCEPT

6) The Who album that made it to number four on the Billboard charts was:

B) Live at Leeds

D) all of these

7) Boz Scaggs was a member of which of the following bands before going solo?

A) The Doobie Brothers

B) The Steve Miller Band

D) None of these bands

8) The first Pat Benatar album to earn a platinum award was:

B) In the Heat of the Night

D) She has never had one

9) Stevie Winwood earned a Grammy for the Record of the Year for “Higher Ground” in what year?

D) he never earned a Grammy

A) The Filmore East

11) Which one of the following record labels did NOT release a Beatles record?

D) None of these

14) Which of the following did not perform at Live Aid in Philadelphia?

D) None of these

16) The Animals had a big hit in 1964 with “House of the Rising Sun” How many weeks was it number one on the Billboard Charts?

D) it never made it to number one

17) The Edgar Winter Group had a hit with the instrumental “Frankenstein in 1973”. How far up the charts did it climb?

18) The man given credit for “discovering” Jimi Hendrix was:

D) none of these

20) Golden Earring had a couple big hit records. Where did they call home?

Send your answers to This email address is being protected from spambots. You need JavaScript enabled to view it.!

Tweet
Published in The Archives
More in this category: « Classic Rock 101 The Big Transition — Garage Rock »