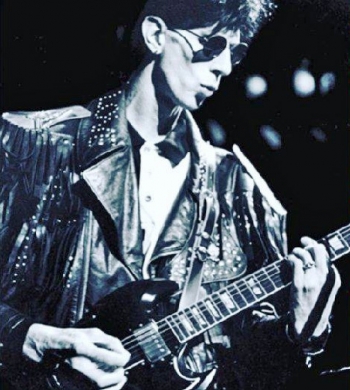 Cut two “My Best Friends Girl” was another catchy and clever tune. By the time cut three played you knew that this was a very special debut album. “You’re All I Got Tonight”, “Bye Bye Love”, “Moving in Stereo” and “All Mixed up” all contributed to THE CARS being one of the best, if not the very best debut album of all time.

Most good LPs have a couple of hits. The rest, while OK, are not the kind of songs that got a great deal of air play. This Cars album just kept coming with one hit after another. While The Cars went on to have a lot more hit records, they were never able to top that first album in quantity or quality.

Their sound has been given credit to launching a whole new wave of Rock music that got away from the norm at the time. It made it possible for the sound that dominated the 80’s.

Ric Ocasek was a major factor in the success of the group. He came up with not only those catchy sounds, but some interesting lyrics. He shared lead singing duties with the late Benjamin Orr, but it was his song writing that was the key to the group’s success. He wrote tunes with interesting lyrics and catchy melodies that bordered on pop, but never strayed there.

This tightrope walk of being hip while being popular led them to becoming not only the darlings of MTV, college radio stations, but tight listed commercial radio stations as well. They went on to have many other hits like “Shake it up”, “Let’s go”, “Drive”, “Touch and Go”, “You Might Think I’m Crazy”, and “Magic”, but overall they were never able to match the success of that first smash album.

Born Richard Otcasek in Baltimore didn’t start in music until he moved to Boston. It was there that he met Benjamin Orr (Orzechowski). They started out as a folk duo and even made unsuccessful attempt at recording in 1973. They gave up the folk duo thing and formed a band with Greg Hawkes on keyboards, Eliot Easton on guitar and were lucky enough to snag Dave Robinson from the local favorite band called The Modern Lovers. They didn’t exactly create an overnight sensation. It wasn’t until 1978 that The Cars debut came out.

While the first album put them on the charts, their biggest selling records were yet to come. HEARTBEAT CITY was huge for them in 1984. It made it to number 3 on the charts and was the home for five single hits. Ric wrote all but one of the songs on the album. It was hard to believe but their video won the MTV Music Award for best video. Almost amazingly, it beat out the much heralded “Thriller” video by Michael Jackson.

It was on the set of the making of that video that he met supermodel Paulina Porizkova. The two married in 1989. Soon after, Ric left the band for a solo career. Although somewhat productive, his solo years never matched that of those with The Cars.

Ric did make one last appearance with his old group. It came as part of the induction of The Cars into the Rock ‘n’ Roll Hall of Fame on April 14, 2018.

Tweet
Published in News & Events
More in this category: « The World of Music Mourns the Loss of One of New Orleans’ Best Native Sons Cheap Trick and ZZ Top at the WMGK Cookout »