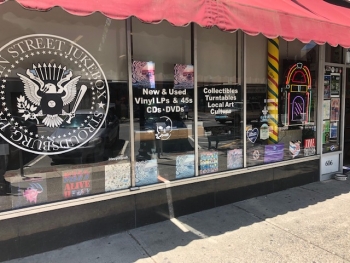 By the time I grew up the whole scene changed. Up until the mid-60’s records were not selling in great numbers. The 45 RPM single was king. Albums didn’t sell anywhere near their small counterpart. It always amazed me that even big rock stars like Chuck Berry didn’t have a gold record until the 70’s.

Once records started to sell in large numbers, the small local record stores were choked off by much larger chain record stores. They had no way to compete with the large chains who got huge discounts by buying records in mega numbers.

It does seem that what comes around goes around. The record companies and the large chains hit a brick wall when downloading became popular. Those who downloaded a song didn’t get the beauty of a good album cover with informative liner notes. For most, it didn’t matter.

One by one the big record stores died. It was a slow painful death. From the ashes something new and yet old has risen. The mom and pop record stores are making a comeback.

A new twist that didn’t exist in the old record store days started to become popular. People began buying old used records. At first it was in small numbers, but the number of people getting in to it has risen over the past few years. The advent of the new vinyl albums has not only spurred interest in the new, but also the old records.

As a result a new, and yet old, business started to spring up. The Mom and Pop record stores are coming back. Like the old record stores, this is not a get rich opportunity. It is more for those who have such a passion for the music that they are willing to countless hours behind a counter or filling bins to earn a most living.

The first of such examples exists in Stroudsburg, PA. The store that is owned by Tom LeFevre is called Main St. Jukebox. In typical old record store fashion, you can stroll in to the store and strike up a conversation with Tom if he isn’t too busy. I did just that.

When Tom was still a student at Moravian College he worked at a record store part time. He got the bug. So when Tom graduated from college and was faced a tight job market, he took the bold step of investing in his passion. Thus, Main Street Jukebox opened in 1994.

The downtown store is one of the largest stores of its kind. There countless numbers of reasonably priced records (I found a rarity for a dollar), CDs and even cassettes. In addition to the music (some hard to find, rare stuff) the environment is greatly enhanced with DVDs, VHS, Rock and Roll memorabilia, clothing, books on music (I bought a very interesting one that I was unaware of), original art, and even toys! If you don’t have a turntable to play one of the hundreds of albums, Tom has just the one for you. The hardest part about shopping in the store is having to leave. There’s just too much there to see in one day. I know I will be back.

Shopkeeper LeFevre is a one man show. He puts in long hours. The store is open from 10 Am until 7 PM except for Sundays. Is it worth it? Tom just smiles and says while he will never get rich, it pays the bills.

If you are into music and live near the Poconos or are there on vacation in the mountains, Main St. Jukebox is must stop. The store is located at 606 Main Street. While there’s no parking lot, I have never had a problem finding a parking space on the street. Just bring a few quarters. It will be more than worth the investment. 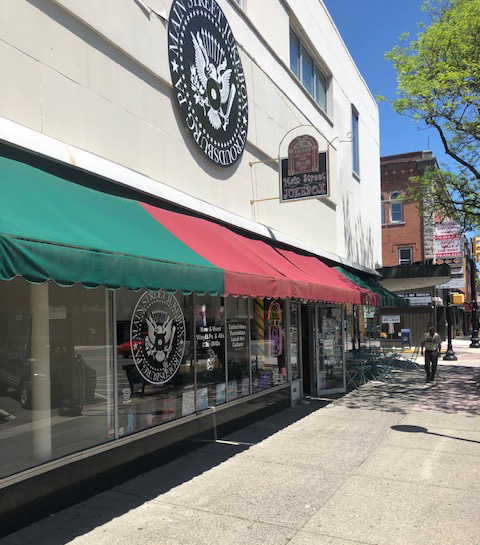 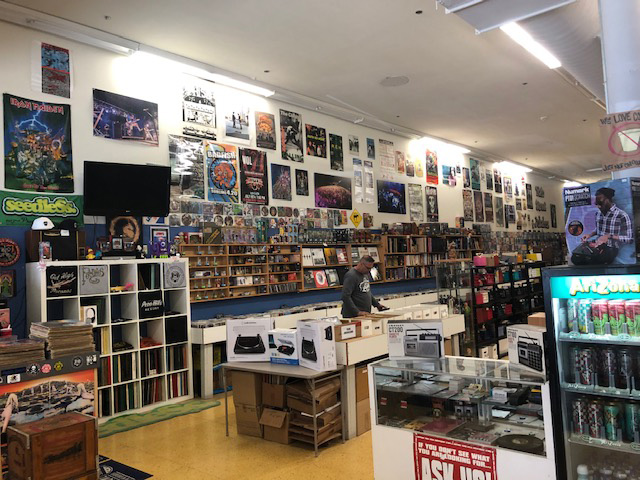 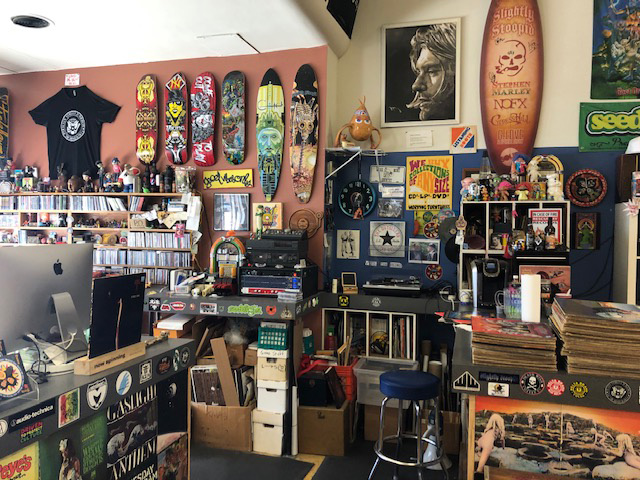 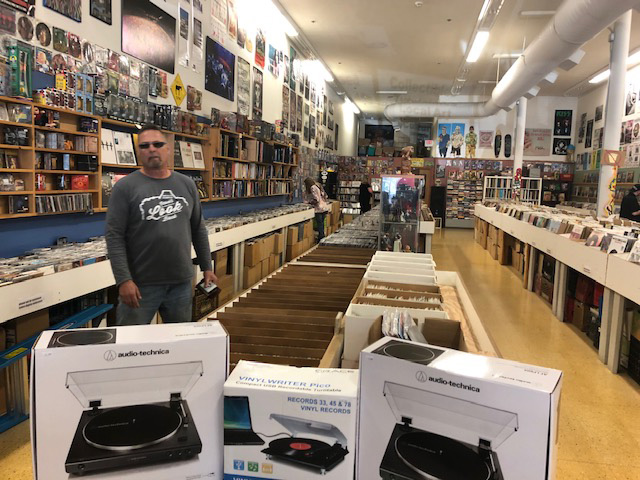 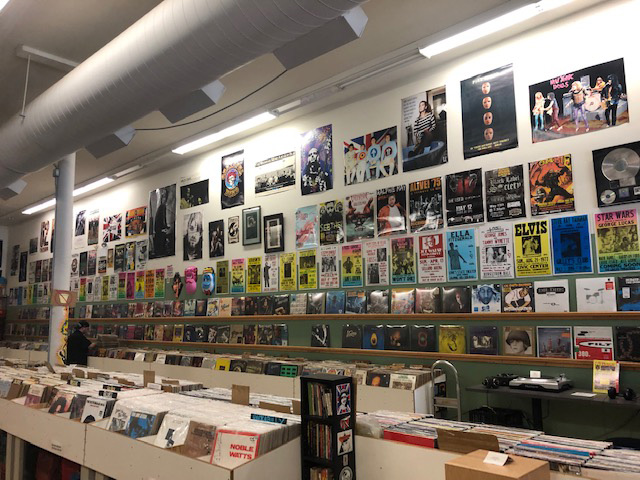 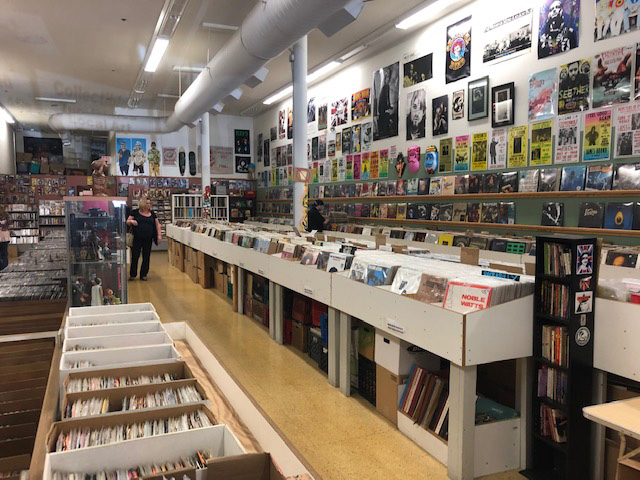 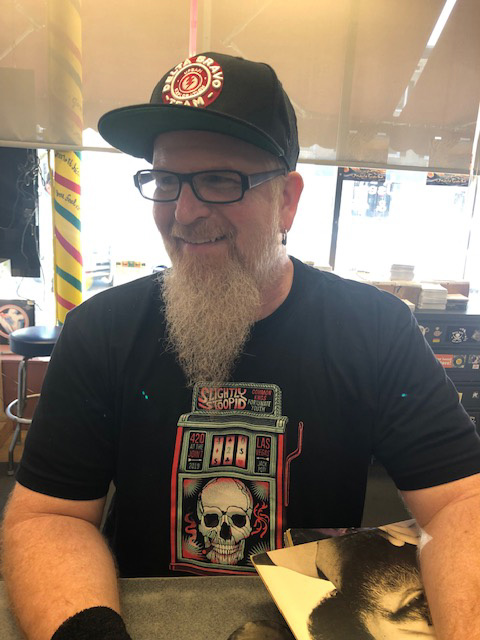 Tweet
Published in The Archives
More in this category: « The Dying Art of Album Covers — Part Three Ten Years After — 50 Years Later »