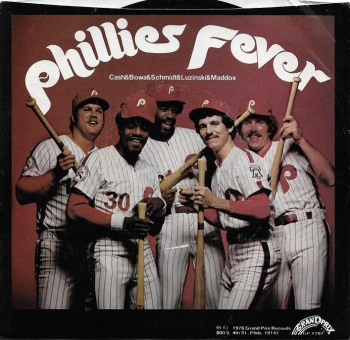 Every Spring there’s new life and energy. Nowhere is there more a feeling of hope and optimism than in baseball. Every team starts out on their long season with a 0-0 record. Of course by May many of the teams are already pretty much out of contention, but there are no thoughts of that on opening day.

This year, the expectations of Phillies fans are the highest they have been in a very long time. They are pumped because some of the young players who are starting to produce will be joined by some outstanding new veteran newcomers.  But can they sing?

In Philadelphia Phillies Fever was running high in 1975. A very young team had posted a 80-82 record the year before and they were looking to move up from their third place finish. The heart of that team was Dave “yes we can” Cash, Larry Bowa, Mike Schmidt, Gary Maddox and Greg Luzinski. They went on to post a second place finish with a 86 -76 record in ’75.

In 1978 they still finished first despite dropping to a 90-72 mark. Under manager Danny Ozark they were able to win their league during that long winning stretch, but were not able to bring home a World Series victory. That certainly didn’t keep them from being the pride of the city.

In 1975 the very likable Dave, Larry, Greg, Mike and Garry went into the recording studio to record a 45 RPM called “Phillies Fever” under the supervision on of Walt Kahn. On the back of the picture sleeve producer Kahn wrote the following to describe his experience working with these baseball greats:

“My “producer’s hat” is off to Dave, Larry, Mike, Greg and Garry. They proved to be as professional behind the microphone as they are in front of the plate. Their hard work and commitment to excellence in the recording studio has paid off. “Phillies Fever” is a home run! An exciting danceable, upbeat sound that captures the spirit of the greatest team in baseball. Thank you guys. You are real champions as the world will find out come World Series time.

The current Phillies roster is not unlike that team in 1975. They are young with a great deal of promise. Let’s all hope they can match the accomplishments of that 1975 squad. Let’s go Phillies! 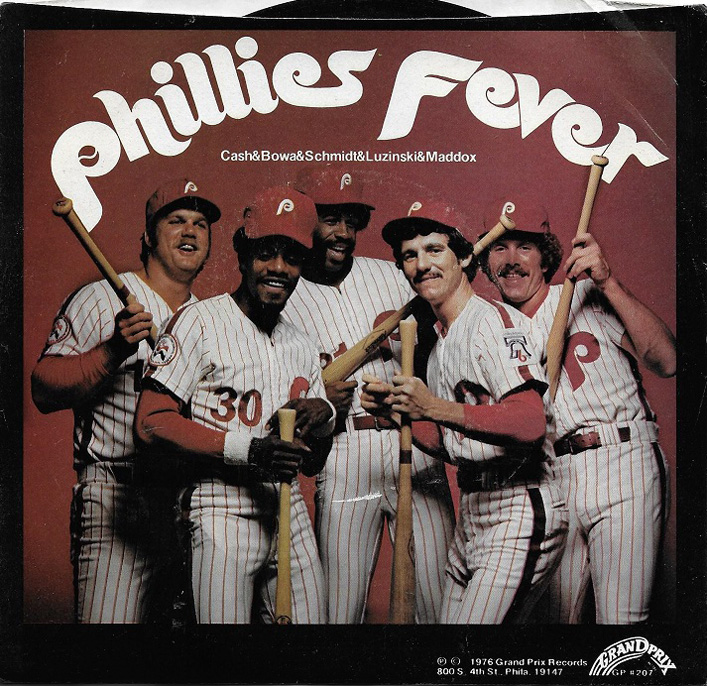 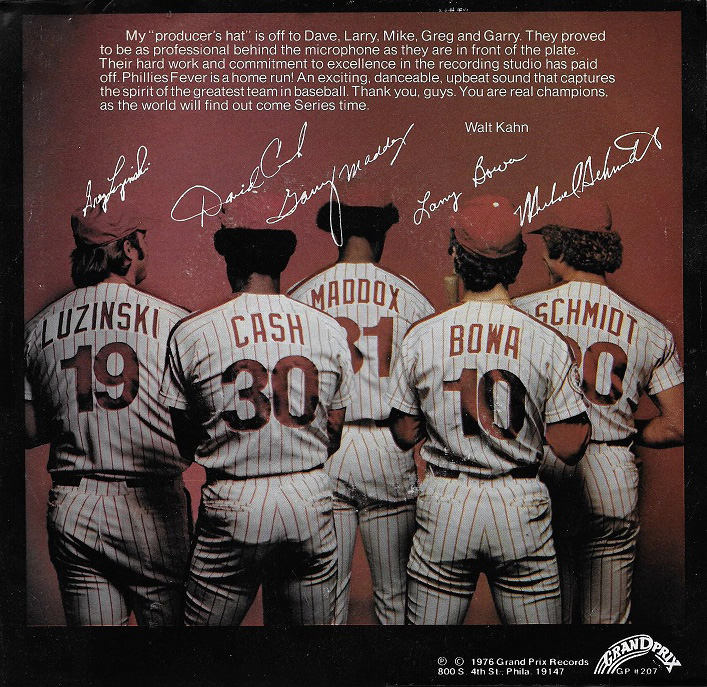