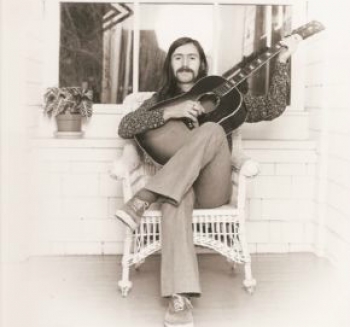 There were a ton of “one hit wonders” during the early years of Rock ‘n’ Roll. Check out the various stories on this website in The Archives about the early days to get more info about the way the history of the music developed and changed.

There were several major contributors to the change in Rock in the 50’s and 60’s that had only one hit single. Two of the most notable were Bo Diddley and Carl Perkins. The Bo Diddley beat that Bo created in his one big hit “Hey Man” has been used over and over by many rockers who followed. Carl Perkins wrote a lot of great songs that were not only recorded by The Beatles, but many others who considered him to be the father of Rockabilly (see story here). It is very hard to believe that one of the very best rock tunes of all time, “Blue Suede Shoes”, was his only hit.

Huey “Piano” Smith & The Clowns officially only had one hit called “Don’t You Just Know it”, but made contributions to some others as well as being a huge influence on many rockers-especially in New Orleans. In my talk with Dr. John he pointed that they were the back-up band for Frankie Ford on his big hit “Sea Cruise” and many others who had hits on the Ace Record label. Johnny Rivers also had a huge hit with the Huey “Piano” Smith song “Rockin’ Pneumonia and the Boogie Woogie Flu”. It was basically a copy of the original by Smith wasn’t a hit.

In the 60’s many garage bands (see story here) had that one big hit only to fade away. Some became members of other successful groups. The Nashville Teens had a very unlikely hit called “Tobacco Road”. The Nashville Teens were not from Nashville and all they knew about Tobacco Road was what they read about or saw in the movies. They were British and somehow it has been forgotten that they were part of the “English Invasion”. The song was written by John D. Loudermilk who went on to a solo career in country/folk music. He was not a member of the band. John Hawkes on keyboards left to play for Spooky Tooth, The Strawbs and Renaissance. Michael Dunford the guitarist joined John in Renaissance was a major factor in the success of the group. Drummer Barry Jenkins went on to be a member of The Animals.

The Amboy Dukes had a big hit with “Journey to the Center of the Mind”. The song was one of the so called Psychedelic groups to have a big hit single. The song was co-written by Ted Nugent who left to start another band called Damn Yankees before going solo. Members of Damn Yankees included Tommy Shaw later of Styx, and Night Rangers’ Jackie Blade and Michael Cartellone.

Norman Greenbaum is often cited as the biggest one hit wonder of all time. His “Spirit in the Sky” sold millions of records. It has been used in both movies and commercials. He made so much money with the song that he never had to make another one. Norman told me that he didn’t like show biz or the whole music business so he took his money and bought a chicken farm in Petaluma, California.

There are two ironies that can be cited with the song “Spirit in the Sky”. First was that Norman, who wasn’t even a Christian, wanted to do a spiritual, gospel like song. He never thought it would be a hit. The second is that the song really wasn’t his only hit. He was a member of the group called Dr. West’s Medicine Show & Junk Band. They charted with the novelty song “The Egg Plant that eat Chicago”.

One of England’s young popular bands in the late 60’s and early 70’s was a group called Free. Despite selling out concerts and having a couple of successful albums, they only had one hit single. It was a big one. “All Right Now” was the perfect rock record. Despite the success, the group broke up very soon afterwards. Paul Rogers, one of the very best rock vocalist, and Simon Kirk went on to be part of Bad Company.

Sometimes a hit comes too late to save a group. Back in 1974 I produced an album for a New York based record company called Perception Records. The company was owned by Terry Phillips. When I went into his office to present the tape of the LP that I produced he told me the story behind King Harvest.

He discovered the band and loved the song “Dancin’ in the Moonlight”. Being a small company he was having trouble getting radio stations to play the song. It was over a year before it started to make some progress. It started slowly but eventually picked up steam and became a huge hit.

This was enough to save Perception Records a float-at least for the time being. The problem was that by the time “Dancin’ in the Moonlight” became a hit, the group had given up and went separate ways. They did so without making any other tapes. That meant that they not only didn’t have a follow up single, but there was no album to release to take an advantage of the group’s tardy success.

This was a disaster for a small company. It was hard enough to get a hit record and then not to be able to reap the benefits was a death blow. Other bigger record companies always had a fall back when they didn’t have hit record selling to pay the bills. Capitol always had strong sales from The Beatles. Electra Records could count on the sales of The Doors albums to keep the company in the black until the next hit. And so it was with all the bigger players.

Terry Phillips needed a hit album from King Harvest to stay afloat. Since King Harvest was no more, he hastily created one and took them into the studio to make an album. It sounded nothing like the hit single. In fact it was really not very good at all and Perception went out of business.

These are just some of the stories behind some “One hit wonders”. There are many more. Perhaps there will be a part two.