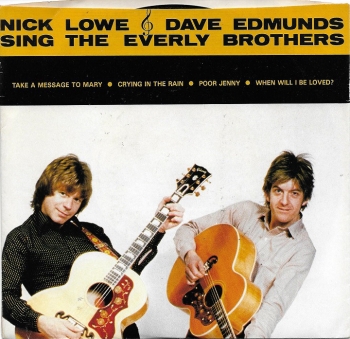 Nick Lowe is now in its 50th year performing and he is still going strong as a solo act. During that span he made a mark for himself not only as a performer but also as a songwriter and producer. As a producer he worked with Elvis Costello (his first five albums), Johnny Cash, The Pretenders, Graham Parker, Paul Carrack, John Hiatt, The Fabulous Thunderbirds, and The Mavericks. Among the many songs he has written (many recorded by other artists) include “And so it Goes”, “Cruel to be Kind”, “I Love the Sound of Breaking Glass”, “What is so Funny about Peace Love and Understanding?” (made popular by Elvis Costello), “The Beast in Me” (done by his onetime father-in-law Johnny Cash) and “I Knew the Bride When She used to Rock and Roll” that was done by Dave Edmunds. Dave and Nick were also part a group called Rockpile. Besides Rockpile and his solo career, Nick played in a group called Brinsley Schwarz.

His partner in Rockpile, Dave Edmunds, has long been highly regarded as one of England’s best guitarists and is still actively playing with Ringo Starr’s All Star Band among other things. His talent was evident from his first hit recording with a band called Love Sculpture. Their single “Saber Dance” (an instrumental that features Dave’s guitar work) reached #5 in the UK, but made no impact in the US. When I was at WDAS-FM we did play the album version of the song and it was somewhat popular in Philadelphia.

Two years later Dave did a cover of the blues artist Smiley Lewis song “I Hear You Knocking” which became a huge international hit. In the US the single went to #4 and he was awarded a gold record. That record was to be the last big hit for Edmunds. “Girls Talk” was a big hit everywhere else except the US where it only made it to #65 on the singles charts. When Led Zeppelin started their own record company, the first solo act they signed was Dave Edmunds. That led to two more moderate chartings with “Almost Saturday Night” (#54 in the US) and “Slipping Away” (#39).

While he was teamed up with Nick Lowe in Rockpile, they had a song called “Teacher, Teacher” that went to #51 on the US charts. The short lived Rockpile broke up because of contract problems. Nick and Dave had different managers and who signed by them to different record companies. That started a big fight over which record company should own the rights and they broke up rather than be bogged down in contract fights that would keep them from working. It was a shame because they made a good team. That teamwork was evident not only in Rockpile, but on this EP. 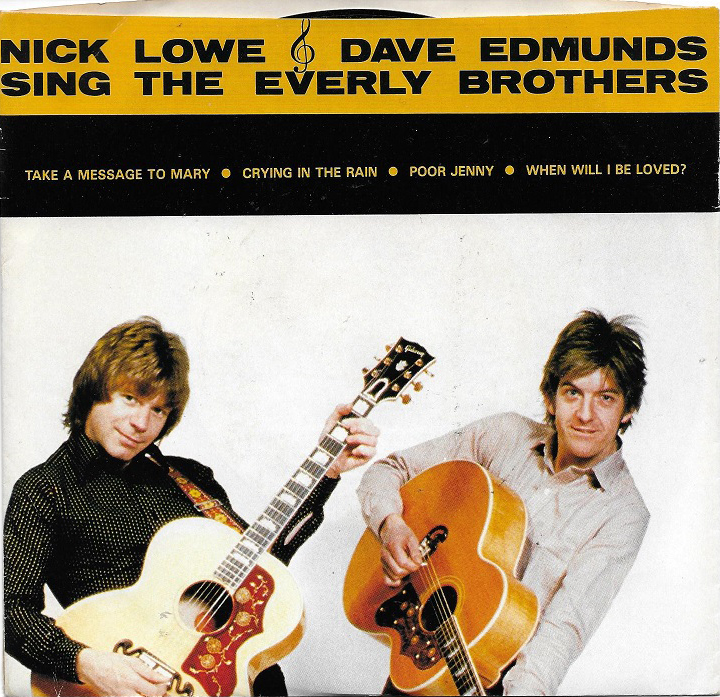