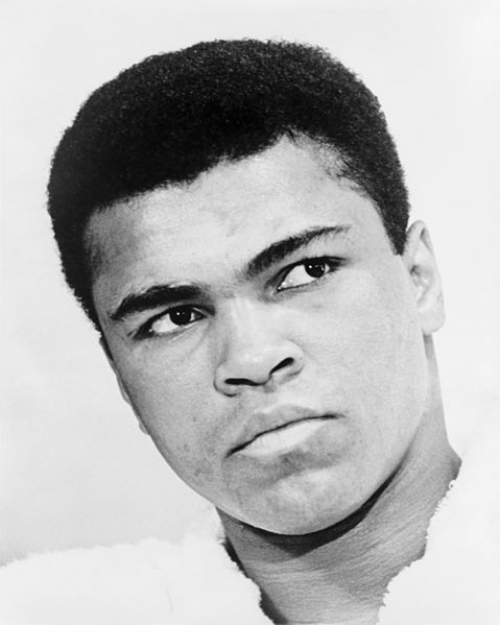 One of the most interesting and exciting people I have ever had the pleasure to meet in my life has died. He started his legendary career as the “Louisville Lip” Cassius Clay and ended up the most well-known person on this planet, Muhammad Ali. He was not only an athlete, but also a rebel who was willing to sacrifice his life for his beliefs including spending some of his most productive years in jail rather than fight in an "unjust war."

Ali was hated by many that saw him as a loud mouth jerk at first but he soon converted many of the people in the country to his side and became a hero.  He did many things to help other people that the general public never knew about.  My favorite quote from him is: "Doing for others is the rent you pay for living on this planet."  His quick wit was faster than his blazing hands. You cheered for him when he fought, not because you wanted him to win the fight, but for the person that he was. There will never be another human being like him.

Below is an excerpt from my book Confessions of a Teenage Disc Jockey that relates to the second time that I met him.

Muhammed Ali came to town to promote his book, The Greatest. He held a press conference and I was invited to attend. Ali gave his usual performance with wit and charm. After the conference was over I went up to him and started to tell him that we had actually met before. It was back when I was in high school and was an amateur boxer. Floyd Patterson and Ali came into the dressing room to wish all the boxers well. The entire time I was relating our first encounter to him, Ali kept looking at me up and down. At first I thought he was goofing on me by pretending to remember our first meeting. As soon as I stopped telling the story, Ali gave me a serious look and asked me if I really boxed. I said yes. He replied “What didja box? Oranges, apples, peaches? Before I could even react to what he said, Ali got up out of his seat and put up his fists and challenged me to a fight. Then he went into his famous Ali shuffle. I could do nothing but smile. He was indeed the greatest.

He was the greatest in so many ways. Even when he contracted the dreaded and crippling disease that eventually killed him, he did not complain or curse his bad fortune. May we all learn from his courageous life.

Enjoy the “music” of The Greatest. The CD has been in my collection for many years.