Mose Allison — That Musician Who Could Not Be Labeled 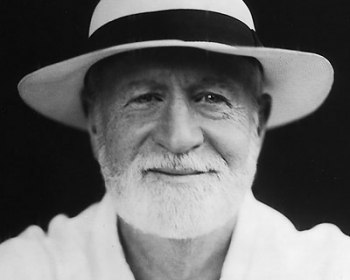 Upon hearing of the death of Mose Allison at the age of 89 my first thought was that we have lost one of the most original talents ever in music. One major reason that Mose wasn’t a huge success during his long and very productive life was he was very hard to put in any one category. Record stores and radio stations love to be able to pigeon hole artists and you couldn’t do that with Allison. Many Jazz lovers felt he was more Blues than Jazz, while Blues lovers felt he was more Jazz than Blues. Hence he was never fully embraced by either camp.

Rock stars loved his music for its off center music and clever lyrics. You can’t help but love lines like “My mind is on vacation, but my mouth is working overtime.” His songs have been recorded by many, among them, The Who, Van Morrison, The Yardbirds, John Mayall, Bonnie Raitt, Elvis Costello, Eric Clapton and The Clash.

The bio of Mose Allison is very much like so many others. He was born in a small town located in the Delta region of Mississippi. At a very early age he fell in love with all kinds of music. At age five he was able to play piano by ear and was playing the hits of the day by simply listening and mimicking what he heard. He loved Duke Ellington, Louis Jordon, Louis Armstrong (which led him to also play the trumpet), and Fats Waller. His very favorite was the early days of the Nat “King” Cole Trio when they were playing Jazz and not pop music.

Mose left college after just one year to join the Army. It was there, while playing in an Army band that he started to develop his unique style. That was further developed after getting out of the Army and was influenced by modern Jazz artists like John Lewis and especially Thelonius Monk.

After going back to college and getting a degree from LSU in English and Philosophy, Allison started to get serious about his music. He got plenty of encouragement from many of his peers who immediately saw his unusual talent. It wasn’t after he arrived in 1956 in New York City and played the clubs that Prestige Records offered him his first record contract.

His first album BACK COUNTRY SUIT got rave reviews and his career was off and running. Despite critical acclaim and several Grammies, Mose was never really a commercial success. While being held in high regard by so many including fellow musicians, there was never a Mose Allison single or album in the top forty. That might surprise the many fans that Mose leaves behind.

The death of Mose Allison wasn’t as shocking as some of the younger rockers who did very young or even a little before their time. After all he did retire from playing in 2012 and was 89 at the time of his death. Still it was sad to know that there will never be any more music forthcoming from this enormous talent and that we will never be able to see him live again.

I was talking to my friend Dave today about seeing Mose for the first time. He remembered seeing him at the old Showboat Club in Philadelphia. I remember his appearance at the Main Point. The most surprising appearance for me was when I was invited to the wedding reception for a friend of mine. Larry Magid, the famous concert promoter, actually had Mose Allison playing his reception! Only Larry could pull that off. There was a great deal of mutual respect between the two.

Tweet
Published in News & Events
More in this category: « Broadcast Pioneers of Philadelphia 51st Annual Banquet Leon Russell — One of Rock’s Most Respected Musicians and Songwriters »