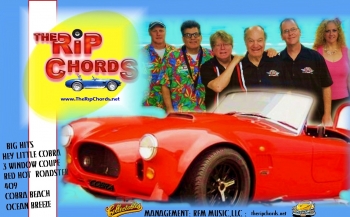 Recently the yearly Rock ‘n’ Roll show that is part of the Broadcast Pioneers of Philadelphia lunch was held at the Bala Golf Club. The performances featured Philadelphia stars from the past. While all the acts were still in pretty good form, one act stood out. It wasn’t just that they musically entertaining, but unlike the other Philly acts, they were originally from Los Angeles. The Rip Chords made their mark in R & R history by playing beach and hot rod music with five chart hits like “Hey Little Cobra”.

The original group broke up back in 1965. This new incarnation has been around since the 90’s and while it features two of the members (including Richie Rotkin) from the 60’s, it primarily a new and younger group. Their music is still a throwback to the days of hot rods and beach parties. It was a time when groups like Jan & Dean and The Beach Boys gave the rest of America the Hollywood version of what it was like living on the beaches of California. Check out The Rip Chords official website. http://www.theripchords.net/.

So why were they playing on the same bill as the rest of the former Philly stars? The heart of the group is Mitch Schecter (lead guitar & vocals) and his wife Amy Lynne. This duo also performs and records apart from The Rip Chords. They have released three albums together. Their own website is http://www.homeroomrecords.com/.

Mitch was born and raised far from the beaches of California in Northeast Philadelphia. We had a brief chat about his growing up here and listening to me, Ed Sciaky and Michael Tearson on the radio. He also played with many Philly bands including one that featured Richard Bush who later formed the A’s. In addition Mitch has recorded on over thirty records with such notables as The Hooters Fran Smith and Kevin Roth’s LP on the Folkways Label called "New Wind" (that is now listed in the Library of Congress). During the 80’s prior to hooking up with The Rip Chords, he also played with popular local bands Pegasus and Witness (see him play on the Witness reunion on his website).

One connection that Mitch and I share was Mark Child. Mitch played drums with The Mark Child Band. Mark wrote a song called “Living My Life Over” that I rewrote for another local band called Able Cane. The Able Cane version was recorded but never released. It’s a long story. More details on why are in my book “Confessions of a Teenage Disc Jockey”. Mark did release an album on a Canadian label. While still part of The Mark Child Band, Mitch and a couple other members were asked to play with the late great Chuck Berry in 1977.

Mitch recalls that experience... it was a complete surreal experience for me. He was the first rock icon I got to meet professionally, and it was great to be onstage with him. Even back then, Chuck had a reputation for being less than nice to the hired backing musicians but he treated me with complete respect. I think he sensed my enthusiasm. I got him to autograph an album cover I had brought along with me, and today that album cover hangs proudly in my music room at home. It was a highlight of my early music career and kind of led the way for things to come.

In the 90’s and through to the present, Mitch and The Rip Chords have been part of a revival tour called “The Endless Sumer”. The tour features many of the Rock stars of the 60’s that Mitch grew up with listening to them on the radio. While being part of The Rip Chords is fun and he gets to tour a great deal around the country, Mitch keeps recording his own material (info on his box set) http://www.cdbaby.com/mitchschecter and his most recent solo efforts are at http://www.cdbaby.com/mitchschecter2. On this 2016 release the multi- Instrumentalist Mitch plays all of the Instruments on these tracks, which feature Rickenbacker 12 String and solid backbeats. Mitch also sings all of the harmonies and vocals.

As if all the recordings that both Mitch and Amy Lynne done isn’t enough, they have also recorded a children’s record. All of their songs can be heard on their various websites. 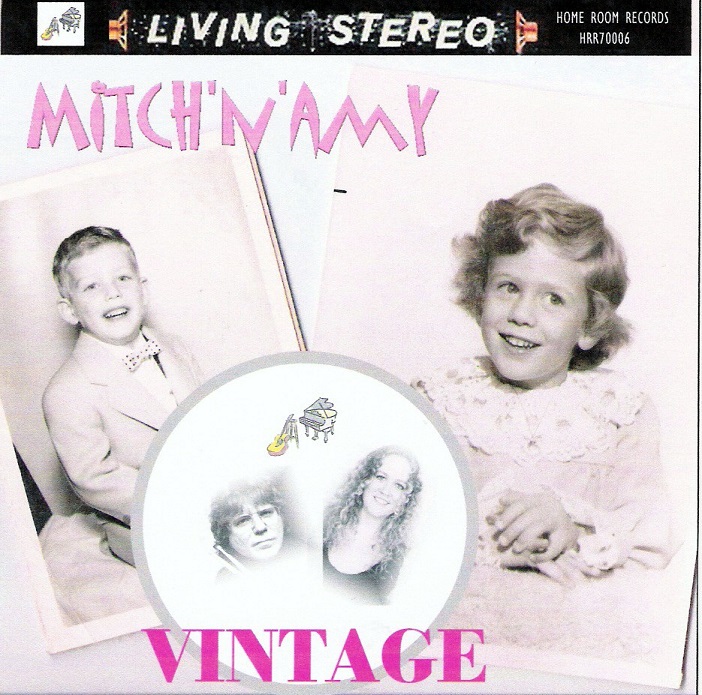