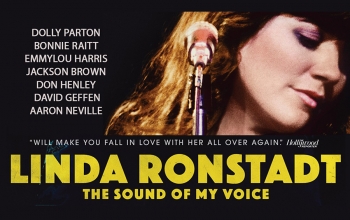 With so little time to spare, we went right across the street. During the time we spent together she seemed to be having the time of her life. Here she was traveling the country doing what she loved to do so much. And to have a hit record at 18 years old made it almost unreal. Even then, it was very apparent she was going be much more than the lead singer of a band.

You could tell from the way she talked that she wasn’t sure where this whole thing was going because she wasn’t all that sure of herself. Her attitude seemed to be that she would ride the train for as long as she could.

Linda liked all kinds of music. So, the next time she was in town I invited her to go with me to the Second Fret in Philadelphia. I only wish that I could remember who we saw. I’m pretty sure it was a rock band, perhaps it was The Moby Grape or The Electric Flag. It didn’t matter. She loved it.

After that, we lost touch when her career took off. I didn’t see her again until almost ten years later when she came to visit the radio station. Much to my surprise, she was still the same person that I had dinner with some years earlier. She stayed down to earth and humble.

The second reason Linda Ronstadt came to mind is the film “The Sound of My Voice”. It is now available on DVD and streaming. I highly recommend it. It does more than highlight her life. It will give you some insight into who Linda Ronstadt really is.

Through her own voice and that of the many people who know her best, you feel like you really get to know her. During the course of her career, she sold millions of records doing it her way. Linda is not a songwriter herself, but when she decides to sing a song, it is like it becomes her own. Often, it is so different from the original that even the people who wrote the song are amazed. No one could have done the song better than Linda Ronstadt-not even the author of the song! They would be the first to admit it.

There was a real passion for singing that made her overcome the feeling that she wasn’t as good as people kept saying she was. It led to her looking for the next thing all the time. She could and did it all, Rock, Country, Soul, Opera and even the standards. That wasn’t enough.

Despite her record company trying their best to keep her in line by telling her that her career would be ruined if she strayed away from the Rock formula that earned several Platinum records in a row, she insisted on doing something different.

One can only imagine how stunned the record company was when she decided that she wanted to do a record in Spanish. Ever since she was a kid growing up in a Mexican family where she was surrounded by members of her family singing Spanish songs, she wanted to record them.

Once again, Linda proved to be right. Despite the record company’s objections, she not only recorded the album CANCIONNES de Mi PADRE (songs of my father) released in 1987, but it became the biggest selling record ever done in Spanish.

One could only wish that this almost fairy tale story had a happy ending. Instead, Linda’s career was ended when she became a victim of Parkinson’s. disease. In a most cruel fashion, it destroyed one of the best and prettiest voices of all time. Her last concert was in 2009. In typical fashion, she copes with the disease on a daily basis, but really misses singing with her friends more than the big stage and glitter of stardom.

She was finally inducted into the Rock ‘n’ Roll Hall of Fame in 2014. What took them so long?

Tweet
Published in The Archives
More in this category: « Mistakes and Accidents The Story of Billy the Kid »