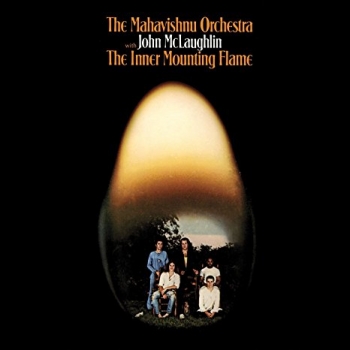 The group that is most often given credit for being the first fusion band was The Tony Williams Lifetime. Tony Williams was a very young man when he played with Davis who attracted to his amazing drumming ability. When Tony Williams started his own band the guitarist was John McLaughlin. When Miles heard Lifetime he asked John to join his band. John, while very much honored because he loved the music of Miles Davis, turned him down. McLaughlin did play on some of the best Miles Davis fusion records, but never actually joined the band. The feeling that McLaughlin had was that he could be a more important as a member of Lifetime because with Miles he would always be secondary to the horn.

While The Tony Williams Lifetime had some great players and were sensational live, their downfall was Tony insisting that he could sing. His singing was more of a distraction than an attraction. After Lifetime failed to catch on, McLaughlin started his own fusion band that was very successful called the Mahavishnu Orchestra. That group featured some of the very best players in fusion including sensational drummer Billy Cobham, Jerry Goodman, Rick Laird, and Jan Hammer.

The success of Fusion was fueled by the music fitting in nicely with the many progressive rock bands that were the staple of rock radio in the 70’s. The addition of groups like Weather Report and Return to Forever seemed natural when part of a mix of groups like Steely Dan, Genesis, Emerson, Lake & Palmer, Jeff Beck, Yes, and other progressive bands that were themselves mixing elements of different genres of music.

At the same time that Jazz and Rock mixing things up, there was a new union. What emerged was funky Jazz and R & B. Sly Stone, a former DJ, was one of the first to find a large audience for this new mixture. His music also found its way onto the play lists of many progressive rock stations. So did groups like The Average White Band, Earth, Wind & Fire, War (initially led by Eric Burdon), The Crusaders (originally known as The Jazz Crusaders), and Tower of Power. Ramsey Lewis (who had a big hit in 1965 with “The in Crowd”) and Herbie Hancock had their biggest selling albums with their funky Jazz albums during this time.

So what happened to all this Jazz Rock? Some still are enjoying popularity today, but most are not. The record companies seeing the success of the Fusion groups pushed them to do more in that same vein. They also signed bands that were clones trying to cash in on the new music. The established musicians were not allowed use the freedom to expand what they had established. Soon the music was no longer new and exciting. The push for sameness dried up all the creative juices that made the bands not only great, but popular. Frank Zappa who did play some great Jazz Fusion, (but not to the exclusion of other music) may have summed it all up as well as anyone. “In order to match that marketing concept of what people think of as Fusion,” he remarked when asked, “it has to sound Fusion”.

The push to make Jazz a bigger commercial success led to a watered down Jazz that became known as Smooth Jazz. That became popular enough that entire radio stations in the 90’s played the Smooth Jazz format. This format too soon became stale and died at the turn of the century. While there was an attempt in the late 80’s and early 90’s to bring back a different kind of Jazz Rock that was labeled Acid Jazz, it never really captured the hearts of the listening public.

Both Jazz and Rock were a reaction to what was considered the popular music of a given time period. When the music gets controlled to fit a certain sound, then it no longer an alternative to popular music. It becomes popular music.

Sadly, there hasn’t been anything new in this new century that has been able to generate the creativity, passion and excitement that prevailed during the 60’s, 70’s and 80’s. Some of the music that is being called Rock today is very much lacking in what made both Jazz and Rock great. Both Jazz and Rock were spawned by rebels. These artists who composed outside the lines made music that was very mush outside the mainstream. It was often rough and raw, but it was always exciting.

Tweet
Published in The Archives
More in this category: « Jazz Rock — Part One Hotel California — The Eagles »