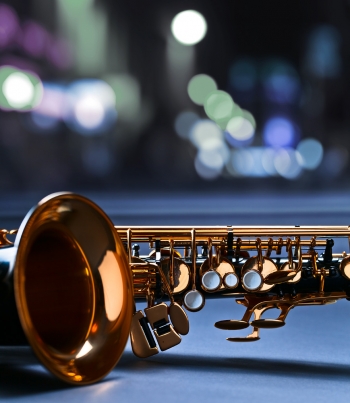 4)  TIME OUT by Dave Brubeck Quartet

In 1959 this LP went to Number Two on the Billboard Album charts and stayed on the charts for 86 straight weeks.  This was unheard of for a Jazz album at that time. It remains one of the biggest selling Jazz albums of all time and was the very first to be certified platinum.

The very different time signatures such as 9/8 and 5/4, had not been used prior to that time in Jazz or Rock.  Brubeck said that he picked up the style while touring in Turkey.  He heard a street band playing a traditional song in 9/8 timing.  He came home and experimented with it in a Jazz format.   “Take Five” was the focal point of the album and it demonstrated that a melodic free form jam could be popular with the general public

It was TIME OUT more than any other record that paved the way for the many so called Jam bands in Rock.  During the height of progressive rock, groups like The Allman Brothers, The Grateful Dead, etc. used the jam as their main form.

This album was both influenced by and influenced rock music.  Prior to the 1970 recording of BITCHES BREW, Miles’ lady (Bette Davis) kept trying to get him to listen to this new progressive rock like Jimi Hendrix was performing.  At first Miles refused to alter his style, but Bette soon convinced otherwise.  The end result was an album that pretty much replaced all traditional Jazz forms and replaced it with his use of a free form looser rock like style.  This revolutionary sound and unconventional style was met with very bad reviews by the Jazz critics.  “Sellout” was the usual cry. Miles did no crying on the way to the bank and to the Grammy Awards.  The album was the first album to sell Gold for Miles and remains as one of the best- selling Jazz albums of all time. It won a Grammy for the best Large Jazz Group album of 1971.

The use of electric guitar and electric piano led the way for a whole new rock genre.  It was the gateway to what become known as fusion rock.   Numerous groups like Weather Report, Return to Forever, Jeff Beck Group, Jan Hammer, etc. all did very well in the mid 70’s as a result.

2)  ELLINGTON AT NEWPORT 1956 by Duke Ellington

Prior to the Newport Jazz Festival of 1956, big band music like that of the great Duke Ellington that had helped to popularize the genre in the 30’s and 40’s was dead.  Indeed many Jazz big bands had already folded by that time.  In fact, at the time of the festival, the living legend didn’t even have a record contract. That would soon change.

Much to the complete and joyful surprise of the audience that attended Newport ’56, the Duke Ellington Band was never better.  Oddly, the band played as both the opening and closing act.  For years only the closing portion was available on record.  With the advent of CDs, both segments became available.

As a result, for years the only thing you heard was the closing portion. That was more than enough.  Duke decided to make some experimental changes to the music the band was playing.  Many parts of this concert sounded like the beginnings of rock. That is particularly true of a song the band did as far back as 1937 called “Diminuendo in Blue and Cresendo in Blue”.  This was actually two songs with a solo played by tenor saxophonist, Paul Gonsalves separating the two.  Paul gave the performance of life.  The very long solo (about 8 minutes long) was an athletic as well as a musical feat.  Seemingly without taking a breath, the sax wailed away like no solo ever performed before.  The crowd went completely wild.  They cheered so loud, that as times you could hardly hear the band. To this day, this record is one of, if not the very best live recording ever made.

Strange as it may seem, even though this is regarded as the best Mile Davis album ever, it sold better years after its release.  It is now considered to be the best selling Jazz album of all time and has reached the multi-platinum level in sales.  It wasn’t even gold until after the success of BITCHES BREW.

The album was recorded with some of the greatest musicians of all time including Cannonball Adderley, John Coltrane, Bill Evans, Jimmy Cobb and Paul Chambers.  In a sharp turn away from the Be Bop era, it had an almost classical approach.

It seems like almost every rock/folk artist that you hear interviewed (from Paul Simon to Rosanne Cash) bring KIND OF BLUE into the conversation as a huge influence on their song writing.  It doesn’t stop there.  This album has influenced every genre of music from rock to classical. That led music writers to acknowledge it as one of the most influential albums ever made. In 2002, it was one of fifty recordings chosen that year by the Library of Congress be added to the National Recording Registry.  In 2003, the album was ranked number 12 on Rolling Stone magazine's list of the 500 greatest albums of all time.

Tweet
Published in The Archives
More in this category: « The Big Transition — Garage Rock The Best Live Albums »