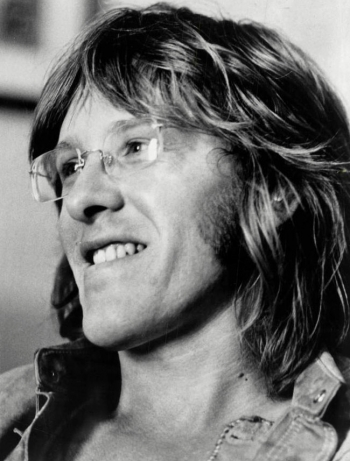 That break out came in the form of their second album called SURREALISTIC PILLOW. Hits from that album included “Somebody to Love” and “White Rabbit.” The album was released in February of 1967 and was considered one of the spearheads of the so called “Summer of Love.”

The band was actually formed in 1965 as result of a chance meeting between Marty Balin and Kantner. They both expressed an interest in creating a “folk-rock” band. Folk Rock and jug band music was the starting point of many of the San Francisco bands. Once the band was formed they started to develop a unique sound of their own. It didn’t take that long for The Airplane to attract the attention of RCA Records and soon after the first album called THE JEFFERSON AIRPLANE TAKES OFF was released.

That album didn’t take off at all. In fact most people are not even aware that there was a Jefferson Airplane before Grace Slick joined the band a year later. She was the lead singer on the early hits from the second album. Paul and Grace not only made music together, but created a child that they named China. Their daughter is now an actress.

The relationship and the music went sour for Paul and Grace to the point where there were law suits over the usage of the names Jefferson, Airplane and even Starship. Paul continued to perform with some of the members of Jefferson Airplane and Starship despite the friction.

The news of Kantner’s death indicated that he was suffering from a variety of health issues. That was nothing new to him. He was very fortunate to have survived the stroke he had many years ago.