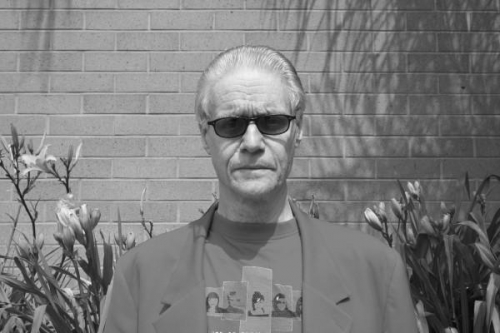 Again, the latter is most likely to be the correct date.

He came from a show biz family.  His father, Douglas Fowley,  was best known for his role as Doc Holiday in the TV series called Wyatt Earp.

It is said that the young and restless Kim attended no less than four colleges before decided to make a career in music.  In 1960 he formed a group called The Hollywood Argyles (which actually didn’t exist except in the studio) and they had one huge novelty hit called “Alley Oop” that sold over a million copies.  He went on to be associated in one fashion or another to a string of hits including “Like Long Hair” by Paul Revere and The Raiders,  “Nutcracker” by Bumble Bee and The stingers and “Popsicles and Icicles” by The Murmaids. During the 60’s many artists recorded his songs including: The Beach Boys, The Lovin’ Spoonful, Alice Cooper, Leon Russell, Kiss, Manfred Mann, The Seekers, Sir Douglas Quintet, Cat Stevens, Gene Vincent, The Byrds, and Emerson, Lake & Palmer.

In addition, Kim is credited with starting a number of Rock fads.  He got a lot of attention for starting so called Love-ins and Flower Power.  He was the MC at John and Yoko’s famous Toronto concert and got the group to light matches and lighters that soon became common at all rock concerts.  Always looking for new and even more radical approaches to rock, Kim is given credit for starting the Glam Rock fad.  One of his biggest discoveries was Joan Jett.  He made her part of an all-female band that he also managed called The Runaways that pre-dated her rise to fame as Joan Jett and The Blackhearts.

In the studio Kim Fowley made a few of his own albums (twenty-four in all) the most well- known was OUTRAGEOUS , appeared on Frank Zappa and The Mothers first album called FREAK OUT, produced three songs for the film AMERICAN GRAFITI , co- wrote songs with Warren Zevon for LP WANTED DEAD OR ALIVE  and for Jonathon Richman and The Modern Lovers.

As if all that wasn’t enough Fowley wrote some screen plays and wrote a couple of books, including his autobiography called LORD OF GARBAGE.