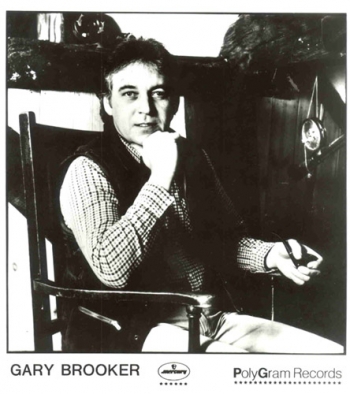 When I first went on the air in Philadelphia in the summer of 1967 “A Whiter Shade of Pale” was already well on its way to becoming a huge hit. The song peaked at number 5. It was a must play as I was trying build an audience. Everyone called their music "Bach Rock."

Shortly after their success, Procol Harum came to Philadelphia for a concert. I spent about an hour or so talking to them backstage. Naturally the question of Bach being the inspiration for “A Whiter Shade of Pale” came up. Gary Booker, one of the co-writers of the song, spoke for the group.

While Gary was willing to admit that he did listen to Bach and especially liked “Air on the G String”, that was not the source of the inspiration for their big hit. In fact he challenged anyone to show the world where they copied anything from Bach.

So where did the idea for this haunting song come from? The answer is somewhat surprising until you listen to the songs back to back. It was the R & B hit by Percy Sledge “When a Man Loves a Woman” that gave Gary the idea.

So what about the unusual group name? Where did that come from?

While the group was first playing together without a formal name, a friend of Keith Reed had a cat that kept crawling all over them. When they asked the name of the cat they were told Procol Harum. Everyone thought that was the perfect name for the mysterious group so they became Procol Harum without having knowledge what the name meant.

After the group was established and recorded their album, they found out that the name was a misspelling of the Latin phrase prucol harum. The translation is “beyond these things”. That still sounded like the perfect name. The only problem was that not only did people keep getting the name wrong, but they kept asking what it meant until it became somewhat annoying.

With the winds at their backs because of their initial success, Procol Harum put out their second album called SHINE ON BRIGHTLY. It was even stronger than their first and very ambitious. One of the songs was an absolute masterpiece called “In Held Twas in I”. The title stems from the fact that the seventeen plus minute song was a suite. The title came from the first word in each of the suites. The credit for writing the song goes to Keith Reed, Gary Broker and Mathew Fisher but it wasn’t all that smooth in its presentation. Gary confided that the group almost broke up over arguments on how the song should be done.

As it turned out the original members did go their separate ways shortly thereafter. It started with Guitarist Robin Trower who had a brief successful career as a solo artist. By 1971 the only original members still in the band were Gary and the drummer B J Wilson. Gary joined up with his friend Eric Clapton and became a member of his band for a short period of time. His keyboard work was very much in demand and he was also drafted to play with Ringo Starr and Bill Wyman. While his keyboard work is outstanding, it was a waste of a great voice that he wasn’t singing.

Then Gary decided to reform Procol Harum with new personnel. Despite the change in the lineup in the group recorded one of the best live albums made on November 18, 1971. The album was recorded along with the Edmonton Symphony Orchestra and the De Camera Singers, If you need evidence that Procol Harum was the very best group at combining Classical music and Rock, this certainly is that proof.

Gary Brooker has put out several very good solo albums that went pretty much unnoticed and he also sang in the musical “Evita”. In addition he was part of the Tribute to George Harrison Concert. Then with all the demand for classic rockers Gary decided to do a tour under the name of Procol Harum. Unfortunately on his 67 birthday while on tour in 2012 Gary fell in his hotel and fractured his skull.

Despite having some problem getting around, Gary has done some touring with his Procol Harum after the accident. These later concerts are much more than worthwhile. The group has really become Gary Brooker and a backup band. That’s certainly OK. His singing is still exceptionally strong and he remains excellent on the piano. If you can’t see them live, check out the DVDs of them performing.

While Gary Brooker may be an unsung hero in the eyes of many rock fans, the British government saw how valuable he is to the empire. He was appointed Member of the Order of the British Empire in the Queen's Birthday Honours on 14 June 2003, in recognition of his charitable services.

Still there’s more. A truly complete box set has been released in 2018 that gives you the sights and sounds of Procol Harum (see cover below). SILL THERE’LL BE MORE is anthology of the band from 1967 through 2017. This deluxe limited edition features re-mastered music drawn from all 50 years of the band’s music both on CD and DVD.

There are a total of 5 CDs. There’s music from every Procol Harum album and in addition there are two concerts. One is from the Hollywood Bowl in 1973 and the other from Bournemouth Winder Gardens in 1976.

The 3 DVDs contain over 210 minutes (mostly unreleased) film of the group performing live at various times from 1967 until 1977.

Still there’s more. It also includes an illustrated 68 book with essays from Procol Harum experts. Gary Brooker own personal photos are included along with a large poster. As they say…”this is a must for any fan”. 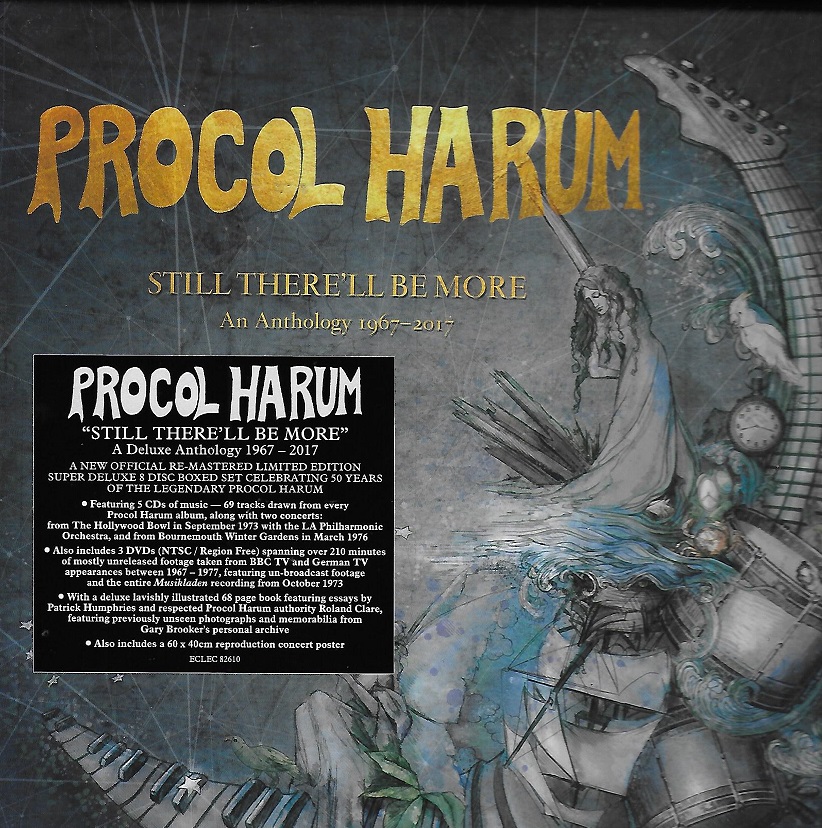 Tweet
Published in The Archives
More in this category: « Featured 45: Patti Smith — Dancing Barefoot Sam Phillips and Sun Records, the Farmhand Who Went From Picking Cotton to Picking Superstars »