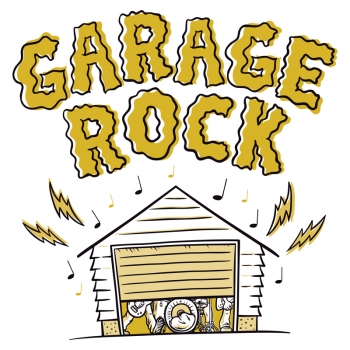 The US groups may not have been as well-known as their UK counterparts.  Many had the life span of a one hit wonders, but some the very best of Garage Rock hits came out of the US.

Perhaps the starting point could be a group from the Pacific Northwest called The Kingsmen.  In 1963 their big hit called “Louie; Louie” went to number two on the singles charts and stayed there for two weeks. In typical Garage Rock fashion, their lyrics were almost impossible to understand. Still, the record was considered by many radio stations as being lewd and was banned.

Here’s a list of some of the very best Garage Rock songs:

You Really Got Me -The Kinks

She’s About a Mover - Sir Douglas Quintet (who has never been given the credits he deserved in Rock history).

Little Girl - The Syndicate of Sound

Hungry - Paul Revere and The Raiders (while they had a slicker sound they still embodied Garage Rock in many of their songs).

Gloria - The Shadows of Knight (their cover of the Van Morrison / Them song was a bigger hit than the original).

Shakin’ All Over - The Guess Who

All Day and All of the Night - The Kinks

I had Too Much to Dream Last Night - The Electric Prunes

Keep on Dancing -The Gentrys

Pushin' Too Hard - The Seeds

This is hardly a complete list.  Feel free to add your own favorites. Garage Rock is still around today. The best examples are Jack White and The White Stripes or The Black Keys.