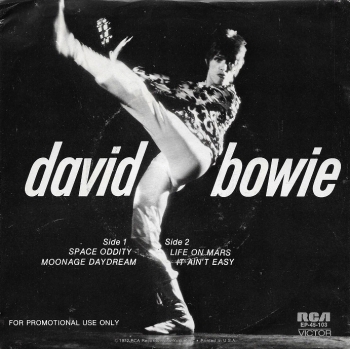 Like many of you, the death of David Bowie had me digging up some of his old material. What I uncovered was not really a single even though it is in the form of a 45 RPM, but rather an EP. This extended play was only issued to radio stations by RCA Records as a way to introduce Bowie to those who were not aware of his existence. You will note the stamp indicating “for promotional use only.”

As you have read in my story about Bowie on his passing and in my book “Confessions of a Teenage Disc Jockey,” Bowie was already a star in Philadelphia, but for many this 1972 release was their first exposure.

This rare promotional record features songs that were previously released on Mercury Records before they dropped him from the label for lack of interest. It features pictures of Bowie on both the front and that back as shown.

“Space Oddity” was released as a single and became a huge hit for Bowie some 3 years after its initial release. Again, I refer you to the story that was written at the time of his death. This EP and the single led to the album called SPACE ODDITY becoming a huge hit and from there his career, if you’ll pardon the pun, skyrocketed. 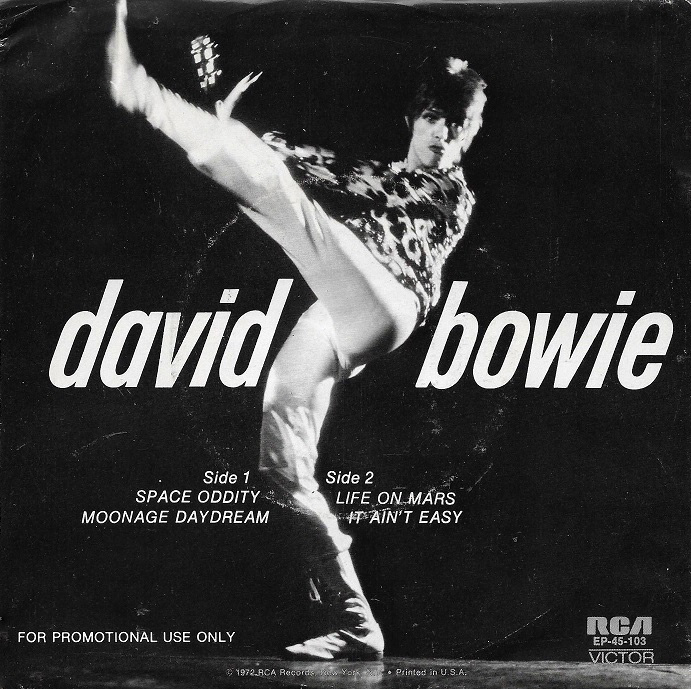 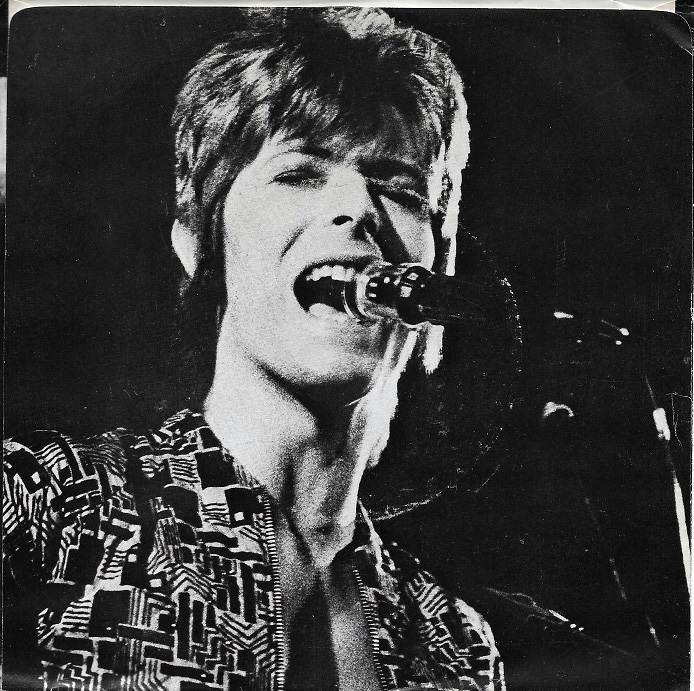 Tweet
Published in The Archives
More in this category: « Featured 45: Little Richard "Keep A Knockin'" JOHN ZACHERLE, THE COOL GHOUL »