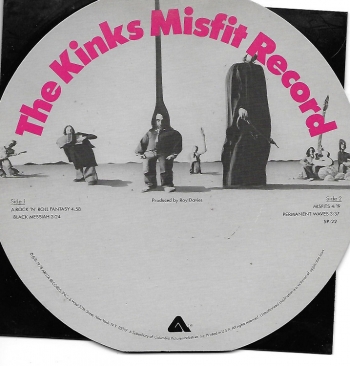 Ray Davies and The Kinks are one of the most over looked bands of the English Invasion. They started recording when Ray was 17 and his brother Dave (the lead guitar player) was only 15. They had an immediate impact with “You Really Got Me” which remains one of the best Rock songs ever. They followed that up with two more top ten singles in the US with “All Day and All l of the Night” and “Tired of Waiting for You”.

In England everyone loved The Kinks. Other bands wanted to sound like them. The Who, for example, admitted that when they first started their goal was to sound like The Kinks. Ray Davis is always being cited by his peers as one of the best song writers in all of the business. So what happened?

The single “Misfits” released in 1978 may tell a good part of the story. The Kinks in general and Ray Davies in particular have been misfits in the music business. Ever since the early success the group has been putting out great records that are largely ignored by the general public but highly praised by critics and other musicians.

Things started to go in the wrong direction soon after they hit the US shores and did a TV show despite the warnings of the musician’s union. This led to a four year ban of the group in the US. This happened at the very heart of the group’s most productive years. This meant that they couldn’t tour this country to support any of their record releases during that time period. In those days touring to support a record was crucial to the success of any record.

It may have been because of this ban or that Ray just wanted to get away from the straight ahead Rock songs, but for whatever reason the music of The Kinks changed. Change was very common for Rock bands of that period. All the major acts that were not left behind after the first wave of the English Invasion made changes. That is why The Beatles, The Rolling Stones and The Who went on to greater heights while groups like The Dave Clark Five (who had almost as many early hits as The Beatles) faded away.

Music became more sophisticated and the lyrics more personal and social. The Kinks were one of the first to make the move toward more personal lyrics. There were two things that made the writing of Ray Davies different that most of the rest of the popular UK bands. One was that his lyrics were often very much rooted in English society. Often listeners in this country didn’t understand his references. While the feeling he tried to portray were pretty much universal, some of the real emotion was lost if you didn’t know the whole story.

One such example is a great song called “Waterloo Sunset”. The lyrics tell the story of a young man who grew up in the Waterloo section of South London. It was a poor neighborhood with very little beauty to admire. While I was in London, I took the time to find Waterloo Station that is the focal point of the song. You may say it is just a train station, but so is 30th Street Station in Philadelphia. Waterloo Station is a fantastic building with great features in its structure. It is a beautiful sight in the heart of a less than beautiful neighborhood.

After seeing the building and seeing the area, you can really feel the emotion of the song. When the narrator of the song tells his story he says “as long as I gaze on Waterloo Sunset I am in paradise”. Of course the lyric meant very little to those who don’t know the background.

The second thing that may have contributed to keeping The Kinks from being a super group was the finger pointing that often laced Ray’s songs. He has always been outspoken. I remember doing an interview with him and he flat out said he would talk about anything-expect his relationship with Chrissie Hynde. It was a fun conversation.

The Kinks almost disappeared after the 60’s despite the “God Save The Kinks” fan club. The only exception was their big hit “Lola”. It is a real shame that is the one song that is most associated with the band. They have done better songs that went nowhere on the charts.

The group got a second shot in the arm when they signed with Arista Records in 1977. The record company really believed in the group and were willing to go all out to promote the band. The single “Misfits” (also the title of the album) was given the label’s full attention. The special package of the 45 was an attempt to get the attention of radio programmers. The record was square and the sleeve is round and doesn’t fit.

The song itself should have been relatable to many. After all, many of us have been the position of being a misfit. Lyrics like “You set out to outrage but you can’t get arrested” not only fits the feelings of many in that generation who wanted to change the world and didn’t but to some of the bands (Perhaps The kinks as well) who wanted to be noticed. The next line could point to that “You say your image is new, but it looks well tested”. He goes on to write “You’re a misfit afraid of yourself so you run away and hide. You’ve been a misfit all your life why don’t you join the crowd and come inside”. While he also uses the lines like ‘look around there are misfits everywhere” and “Look at all the losers” he does end on a positive encouraging note as he usually does. “This is your chance, this is your time. So don’t threw it all away”.

The message was apparently lost as was the single. It didn’t do well in the charts. It did however set the ground work for a huge Kinks comeback that took place shortly thereafter. The records that the band released in the late 70’s are among the best efforts from Ray. His social commentary remained, but now there was more of his great humor added to the mix.

Unfortunately Ray and Dave and other members of The Kinks suffered from internal problems. Both Ray and Dave have gone on to solo efforts, but one can only hope that they get back together at least one more time. “God Save The KINKS”! 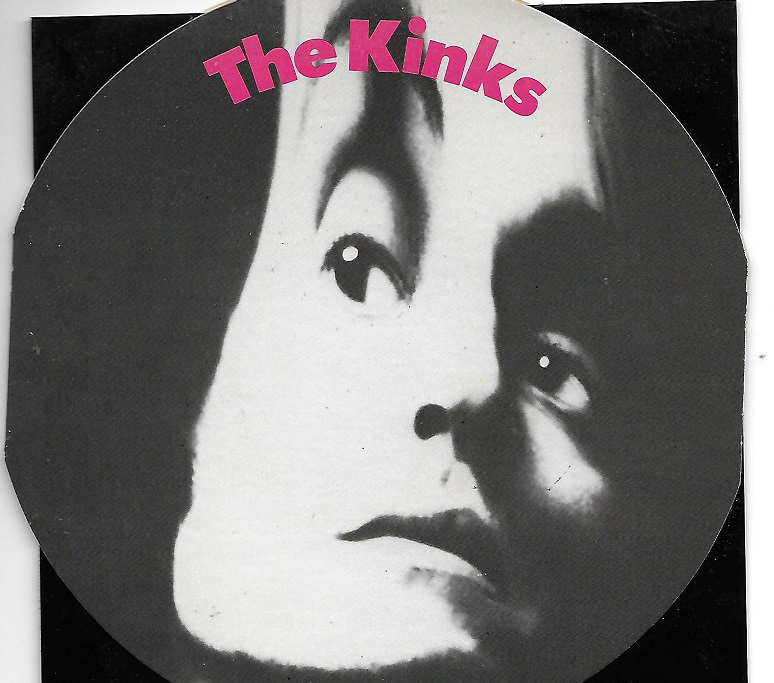 Tweet
Published in The Archives
More in this category: « Non-Traditional Christmas Music End of the Line — The Saga of the Mythical Group Traveling Wilburys »