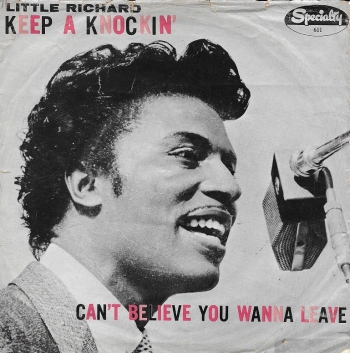 The 45 cover of Little Richard's 'Keep A Knockin'

Sensing that he needed to do more to get attention, Little Richard adopted his very outrageous style complete with makeup and a wild hair do. That got the attention of a New Orleans based record company called Specialty Records. Producer Art Rupe who had been searching for a piano-pounding lead singer for a group of musicians in New Orleans, he saw Little Richard as perfect for the job. They went into the studio and recorded “Tutti-Frutti”. It was almost immediately a sensation. So much so that it was covered by the more “acceptable” Pat Boone leading to a chart battle. This kept the single from being an even bigger hit.

However soon, to the horror of many parents, the white teens found Little Richard’s style to be a lot more exciting and it lead to several big hits that changed the record industry forever and helped define real Rock “n” Roll. Among his many fans were The Beatles, The Kinks, The Who and pretty much everyone who helped launch the British Invasion of the 60’s.

The single "Keep a Knockin'" was one of a long string of hits. You will notice on the backside of the single that the record company made an attempt to get fans to buy one of two things. Along with a list of some of his hits, they tried to get some interest in selling something that was fairly new called EP’s. E P stood for extended play. These records were the same size as 45’s, but had at least two more songs. In addition there was a list of the songs that were on the Little Richard LP HERE’S LITTLE RICHARD to try and stir up interest in the album. Back then albums didn’t sell very well and 45’s were king. That didn’t change until 1968 when for the first time in record history, albums out sold 45’s. 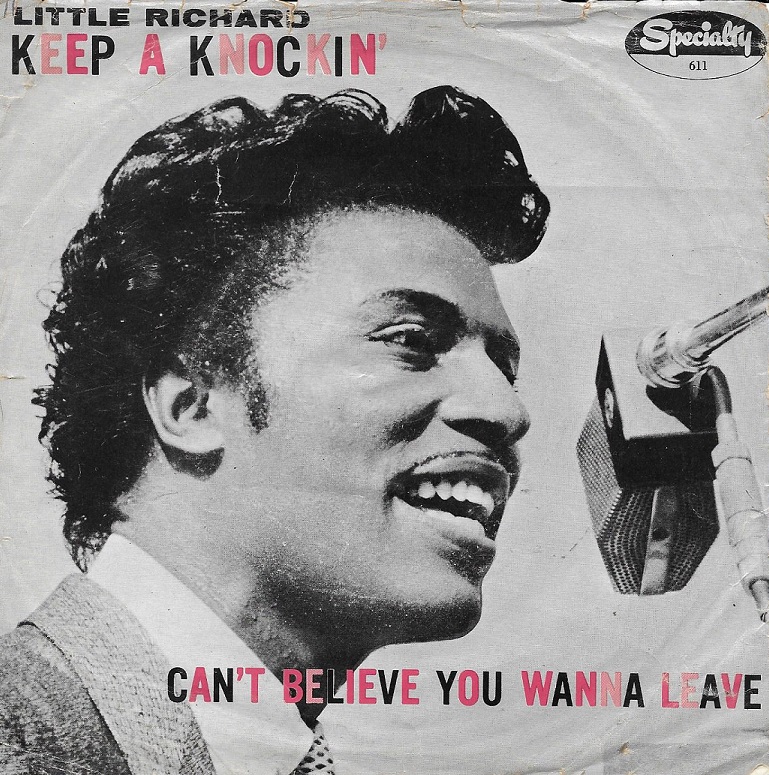 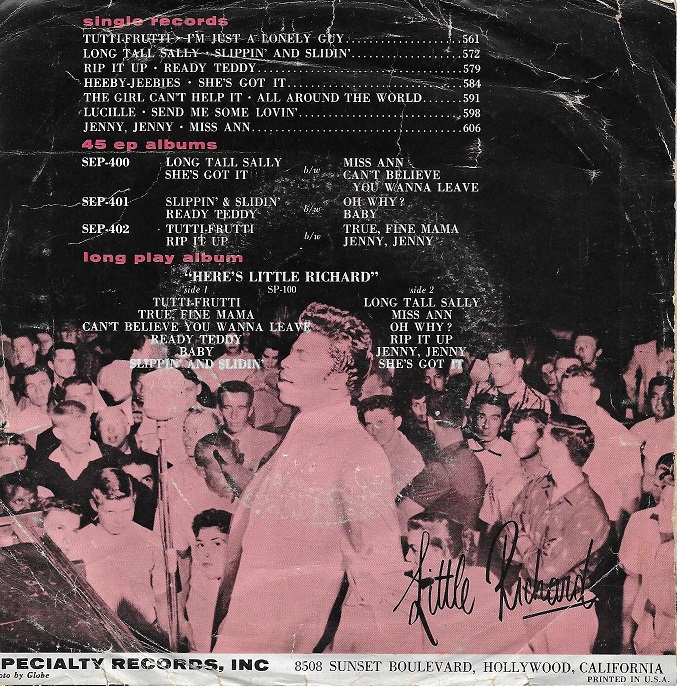 Tweet
Published in The Archives
More in this category: « Featured 45: Cheech and Chong's Santa Claus and his Old Lady Featured 45: The David Bowie EP »