The beginning of Graham Parker’s career started out like a story book fairy tale. He was working at a filling station pumping gas in England and listening to the radio. After listening for some time he thought to himself, I know I can write better songs than what I am hearing. And so he started writing songs.

Once the songs were written he had to find a way to record them so he put an ad in the paper to find people to play in a backup band. Once the band was in place, the intention was to make a demo recording to get a major label record company interested in signing them. One of the members of the band, Paul Riley, suggested that Dave Robinson, the manager of a local recording studio, was the perfect person to approach. Robinson loved what he heard from the band and agreed to record them. Ironically during the course of recording the demos, it was Robinson who slowly replaced the original members (including Riley) with players that he considered superior. One of those who became the backbone of the band and later a recording artist in his own right was Brinsley Schwartz. Parker was sure that with a name like Brinsley Schwartz that he had been the leader of a German heavy metal band.

Even before the band was totally in place, there was interest in Graham Parker. This was extremely unusual since Parker had absolutely no music experience at all. In fact, he was given a contract before the final lineup of the band was even in place.

Once given a contract, Robinson brought in Nick Lowe to be the producer. Nick was not only a good producer, but ended up a star in his own right. As soon as Phonogram Records signed the group they went to work on their first album in late 1975. The end result was HOWLIN’ WIND that was released in 1976. The critics couldn’t have given the album better reviews. It certainly seemed like Graham Parker was about to become an overnight sensation. Everyone thought it was a forgone conclusion that he was headed towards super stardom. That fairy tale rise to stardom was soon derailed.

The initial album was released in the same year on the US arm of Phonogram, Mercury Records. Again the reviews in this country (like those in the UK) were extremely positive. Many were calling Graham Parker England’s answer to Bruce Springsteen. While that may have sounded like the kind of praise that would propel Graham’s career, it was just about the kiss of death. It reminded me of the days when many young bands were compared to The Beatles. These kind of comparisons are often very unfair because the listeners are expecting something that in most cases are very unrealistic. There’s only one Springsteen or Beatles.

When Graham Parker and The Rumours came to Philadelphia and played at the Bijou Café, the only thing that was a fair comparison to Bruce Springsteen was the absolute electric energy that both “the boss” and Graham had on stage. Graham’s music and presence was captivating.

Like Bruce before him, the radio programmers in Philly and the listening audience, fell in love with Graham. His records sold well here, but it was much less popular elsewhere. It seemed like the rocket that shot to the top was about to have a bad landing.

Mercury Records didn’t give up on Parker right away. But after three albums they totally lost interest. Arista Records saw that despite the lack of national record sales, the Graham Parker and The Rumours live show was building a real fan base. Clive Davis signed Graham (who was convinced that it was Mercury Records lack of proper promotion that keep him from greater heights) to a contract with the promise that Arista would do everything possible to make him a star.

At the time of the signing I was working for Arista and thought that the signing of Parker was a great move. Graham was so excited to be released from Mercury that he recorded a song called “Mercury Poison”. The lyrics were laced with bitter feelings for the record label. These words were so harsh that it was decided that the song shouldn’t be released as a single, but a promotional copy was sent out to radio stations anyway because it had become a stable in the live show of the band and the fans loved it.

Instead “Local Girls” was the choice to be the single to take Graham Parker to new vistas. It was to be his first hit single. We sent lovely ladies (all local) to the radio stations to hand deliver the record.

Our high hopes were soon dashed. Once again, only areas like Philadelphia played the record and just like the attempts made by Mercury, the single did not chart. However it did help pave the way in making the album called SQUEEZING OUT THE SPARKS, the first album top forty LP for Parker. The album just made it to number 40. It should have gone even higher than it did with great songs like “Discovering Japan”, “Nobody Hurts You”, “Protection" and “Passion is no Ordinary Word” (my own favorite). It got the great reviews The LP deserved. The Village Voice named it the album of the year. Later Rolling Stone Magazine selected it as one of the top 500 albums of all time. It is a real shame that Graham Parker has never really risen beyond the cult status.

Still performing in almost forgotten obscurity, Graham Parker is still waiting to become an overnight superstar. For those of us who loved his music, he will always be a Rock hero. 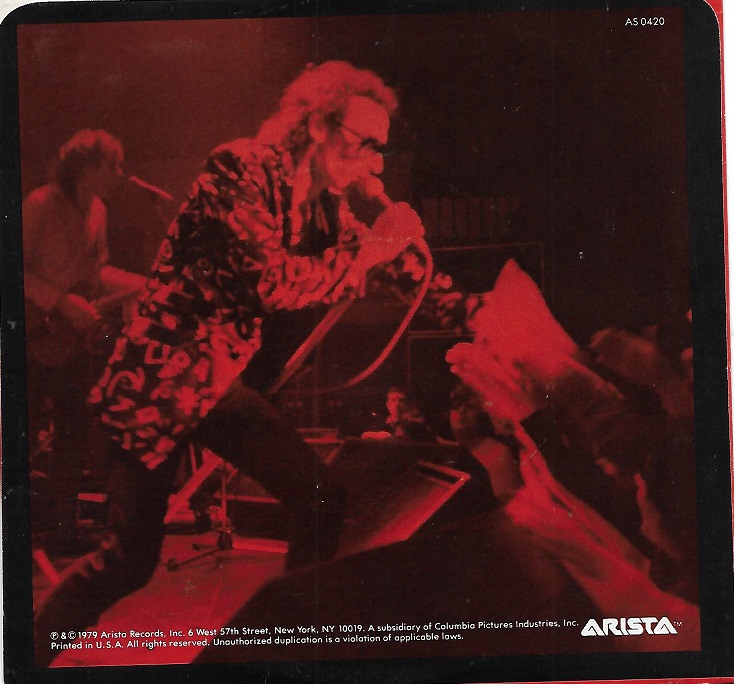 Tweet
Published in The Archives
More in this category: « End of the Line — The Saga of the Mythical Group Traveling Wilburys Underrated Series: John Paul Jones — The Forgotten Member of Led Zeppelin »