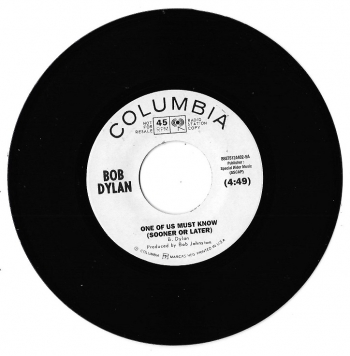 The one thing that Bob Dylan has not been a huge success in has been in the singles or 45’s arena. Despite selling millions of albums over the years, he has had only 4 top ten hits. Besides his most important hit “Like a Rolling Stone”, there was “Lay Lady Lay”, “Positively Fourth Street”, and “Rainy Day Woman #12 & 35”. Other singles did fairly well, but for the most part Dylan singing Dylan doesn’t generate single sales. It said that it is an acquired taste.

While Dylan’s voice is cited most often for this lack of success, his voice often fits the tenor of the music. It is hard to imagine anyone else doing “Like a Rolling Stone” other than Dylan would be as powerful. You can feel the emotion in his voice.

There was another song that was highly personal that was recorded during that same time period. Most people are not aware of or have forgotten that very potent song should have been a hit. One of the reasons that Bob Dylan is such a favorite of so many is the way he is able to write lyrics with the right music to go along with them. Almost anything that has happened in your life can be found in a Dylan song. It is very east to relate to them.

“One of Us Must Know (Sooner or Later)” is filled with the pain associated with having chosen the wrong person as a mate. So many of us don’t see the warning signs of a potentially fatal romance until it's too late. This song is pouring out of a heart filled with pain because of just such a relationship. 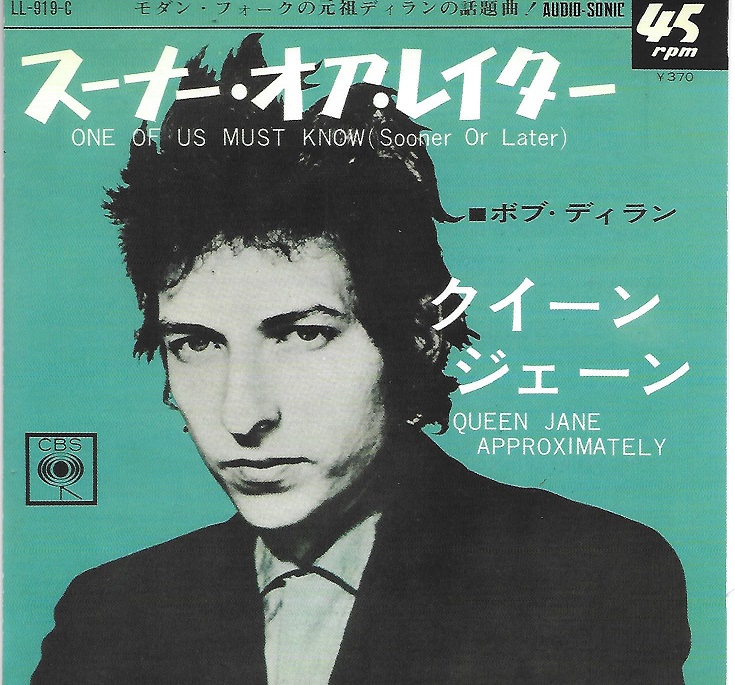