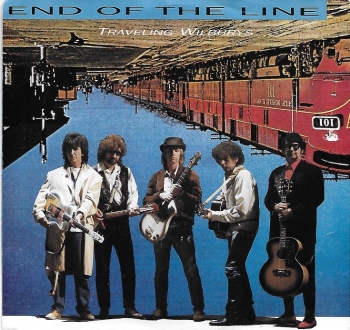 The recent death of Tom Petty brought to mind one of the true super groups of our time The Traveling Wilburys. In the article written at the time of Petty’s death I documented how the group accidently got together. While it was essentially a one album group, they did put out a second album but without the great Roy Orbison. It was truly the end of the line when he passed away.

Roy is perhaps the greatest true singer in Rock history. He could hit notes without even straining that others wouldn’t even attempt. How ironic was it that The Traveling Wiburys gave his career a needed shot in the arm after the 70’s had apparently left him behind.

Roy Orbison had more than his fair share of grief. After being discovered by the legendary Sam Phillips of Sun Records in the 50’s, it was awhile before he had a string of hit records in the early 60’s. Then his wife was killed in an accident. Then just two years later, two of his three children died when his home burned down. If there was anyone who needed a lift, it was Roy.

Ironically, in 1988 one of his biggest and best hits, “You Got it”, came after the Wilburys. Shortly thereafter he died. Not before one great night when so many other stars that admired him were able to join him on stage on what amounted to a tribute night that turned into a memorial. Among those who performed were Bruce Springsteen, Elvis Costello, k.d. Lang, Tom Waits, Bonnie Raitt, Jennifer Warnes, T-Bone Burnette, Jackson Browne, J. D. Souther, and they were backed up by Elvis Presley’s TCB band which included James Burton on guitar. The event was called A Black and White Night Live is available on DVD. It is more than worth the investment.

In a talk I had with one of his biggest fans, Bruce Springsteen, the name of Roy Orbison was spoken in terms usually reserved for deity. Everyone wished they could sing like Roy.

It was Bruce who was selected to introduce Roy Orbison into the Rock ‘n’ Roll Hall of Fame. In his introduction he said “In 1975, when I went into the studio to make Born to Run, I wanted to make a record with words like Bob Dylan that sounded like Phil Spector. But most of all, I wanted to sing like Roy Orbison.”

While all the members of The Wilburys held Roy in high regard and wanted to see him make a comeback, it wasn’t a project that was created just to promote him. Each member had a hand in writing, singing and producing the VOLUME ONE album. In keeping with the myth of this being a real band, they all took first names that were added to Wilbury name as if they were all brothers. In a sense they were.

Oddly, in the second album, they changed their names. In the first record Otis Wilbury was Jeff Lynne, Nelson Wilbury was George Harrison, Lefty Wilbury was Roy Orbison, Charley T. Wilbury, Jr was Tom Petty and Lucky Wilbury was Bob Dylan. Everyone had a great deal of respect and admiration for everyone else and egos were left at the door during the recording of the record. You can tell they had a good time recording it.

There’s a great deal of speculation as to where the name of The Traveling Wilburys came from. It was thought that they were a medieval group of traveling singers who roamed through Europe performing. There were other less than credible theories that have been debated that mostly center around past history, but the answer is probably a lot more modern and simple.

Wilbury” was a slang term first used by Harrison during the recording of CLOUND NINE with Jeff Lynne. There were some recording errors created by some faulty equipment during the recording of the album. Referring to those mistakes, Harrison jokingly remarked to Lynne, “We’ll bury ’em in the mix”. Thereafter, they used the term for any small error in their performance and the term was used again when the star studded group recorded their record.

The second single taken from the VOLUME ONE LP as a follow up to the huge hit “Handle With Care” was “End of the Line”. It was truly the end of the line for this special line up, but not for the memories they left behind. As the line in the song goes... “Maybe somewhere down the road aways, you’ll think of me, wonder where I am these days. Maybe somewhere down the road when someone plays Purple Haze”.