Eddie Money — A Ticket to Paradise 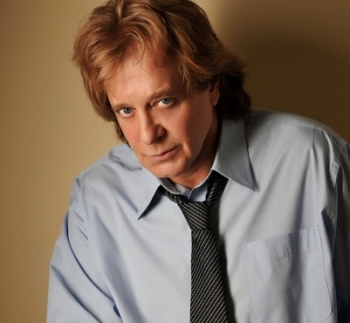 On a Friday the thirteenth that also featured the rare occurrence of a full moon on that date, it was announced that Eddie Money died of esophageal Cancer. Eddie probably would have seen some humor in that.

The first time I met Eddie many years ago when he was first starting out, it was very evident that he found humor in most things. He was so upbeat. He laughed about how he also most became a New York City cop.

His grandfather and brother were policemen in New York City. So, it really wasn’t a big surprise that under his real name of Eddie Mahoney, he went to the police academy. He told me that while he passed the course, he never actually was on the force. NYPD’s loss was our gain.

The music of Eddie Money was always an easy listen. It was the way he apparently lived. The last time I saw him was when he did a concert for the Fourth of July for WMGK a few years ago. In typical fashion he met with fans, posed for pictures and shook hands.

It shouldn’t surprise anyone who took the time to watch the reality TV show about him and his family called “Real Money” that aired on AXS TV, that Eddie had a great sense of humor. He seemingly didn’t care if he was the brunt of a joke. The TV show that chronicled the life of his family showed a man who had a great sense of humor and was very close to his wife and five children. He was not your typical “Rock Star”.

Despite having big hits like “Two Tickets to Paradise”, “Baby Hold On”, ”Think I’m in Love”,“Shakin’” and “Take Me Home Tonight”, Eddie Money was never put into the superstar circle. The big money that came with that also eluded him. Somehow that didn’t seem to matter to him. He just brushed it off and addressed the subject in an interview with Rolling Stone Magazine.

“The kids aren’t in jail, they’re not in rehab, nobody wrecked the car this week and there’s still milk in the refrigerator. I’m having a good month”.

That was typical of Eddie. If he weren’t a singer, he could have easily been a comedy actor. He did do some appearances in clubs and his videos that he did with his music bears out that fact. In addition, he appeared on some tv sitcoms. They were always funny and clever. Some of his funniest moments were when he made fun of himself.

The reality TV show was doing well enough to be renewed and Eddie was planning a tour for the summer when he was forced to cancel. He needed to have heart valve surgery. Then while recovering from the surgery, he developed pneumonia. Just when he thought he was starting to feel somewhat better, a routine checkup discovered that he had stage 4 esophageal Cancer.

Unlike many show biz marriages, Eddie and his wife Laurie had been happily married since 1989. His family issued a brief statement. “It is with a heavy heart that we say goodbye to our loving husband and father. We can’t imagine our world without him”.

The world will not only miss him making more music, but his quick humor. At least the music will be here forever.

Tweet
Published in News & Events
More in this category: « WMGK’s Heavy Hitters Concert — Santana & The Doobie Brothers The World of Music Mourns the Loss of One of New Orleans’ Best Native Sons »