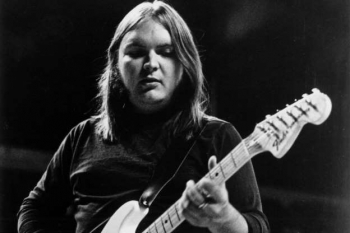 The Doors were not the only LA based band to have a big hit in 1967. There was a group called The Strawberry Alarm Clock that scored a number one hit called “Incense and Peppermints”. It was the perfect combination of the new so called psychedelic sound with a hook that was very pop. The single went gold and they even had a long forgotten follow up hit in 1968 called “Tomorrow” that made it to number 23 on the Billboard charts.

Here in Philadelphia the rock club called The Trauma scored a major booking by getting The Strawberry Alarm Clock to play their small club. There was a long line at the club to see the band and many had to be turned away. I thought I was one of the lucky ones to get in until I saw the concert.

From the opening notes, it was clear that this band did not have their act together. I kept wondering how they ever even got a record contract. It was very evident that the producer did an excellent job in getting their hit single to sound as good as it did.

Fast forward to the 80’s. I was on the air at WYSP doing a specialty show that featured songs from the 60’s. After playing “Incense and Peppermints” I remarked that Strawberry Alarm Clock was the worst band that I ever saw that were deemed good enough to record let alone have such a huge hit.

It was seconds later that the studio phone lit up. When I answered the phone I was very startled to hear the voice on the other end say “I heard what you said about The Strawberry Alarm Clock. I was in the group.” I braced for a very angry defense of the group. Instead the caller said that I was right. “We were very bad.”

After laughing and sighing a breath of relief, I asked him who he was. He said his name was Ed King and even though he wrote the big hit song, he could only laugh now about just how bad they were. I knew the name from Lynyrd Skynyrd, but certainly had no idea he was a member of a group that came and went so fast.

Ed King was a key member of the Southern Rock band despite the fact that he was the only member who wasn’t from the South. He contributed a great deal to the first three albums from Skynyrd. He wrote songs like “Saturday Night Special”, “Workin’ for MCA” and co-wrote “Sweet Home Alabama”. The latter song had almost as of an impact on the rock world was their anthem “Free Bird”.

So how did an LA based hippie end up in a southern rock band? When Ed was still with The Strawberry Alarm Clock and touring in 1968, one of the groups that opened for them was Lynyrd Skynyrd. He was offered a job playing with them at that time, but turned them down. Then some time later in 1972 they met again in another club at a time when Skynyrd needed a bass player to replace Leon Wilkeson. They asked Ed again and this time he agreed. Then when Leon decided to return to the group, Ed moved to playing guitar.

Most people take “Sweet Nome Alabama” to simply be a response to Neil Young’s “Southern Man”. While for the most part that is true, it was more than that. Stereotyping any group of people because of where they live is wrong. The song makes a strong point that not everyone in Alabama liked what Gov. Wallace did by keeping African Americans out of public schools. They didn’t agree with the policy but could only vote against the man and his beliefs.

In 1976 Ed left the band citing that he couldn’t get along with the other members of the band - especially the lead singer Ronnie Van Zant. The documentary of the band called IF I LEAVE TOMORROW tells the complete story. Ironically Van Zant died a year later in a plane crash and the band went through several personal changes.

Once I was fairly certain that the man on the phone wasn’t a prankster but was indeed Ed King, I continued to ask him a few more questions. First I wanted to know where he was calling from and why he was in the area. He said he was in South Jersey and was just passing through. When I asked him what he had been doing since 1976 he avoided the question by telling me that has going to rejoin Lynyrd Skynyrd. Since this wasn’t announced yet, I knew later for certain that this was the real deal.

That reunion with the band lasted from 1987 until he was forced to leave the band in 1996 because of serious heart problems. Those problems led to a successful heart transplant in 2011.

In 2006 Ed and the remaining pre-crash members of Lynyrd Skynyrd were inducted in the Rock ‘n’ Roll Hall of Fame. At the time of cancer catching up with him, Ed had become a southern man by adopting Nashville as his home.