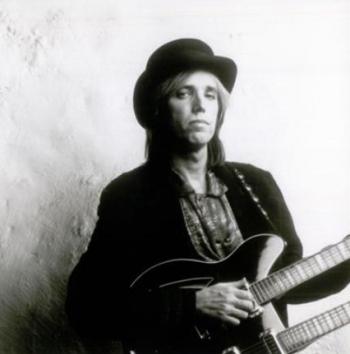 After much confusion and speculation, it was sadly announced that indeed Tom Petty suffered a massive heart attack and died after being rushed from his Malibu home to the UCLA Santa Monica hospital. The confusion came after CBS had announced that Petty died and quoted the source as the LAPD. When asked, the LAPD said that they couldn’t confirm the death. No matter, Tom Petty is gone leaving behind legends of stunned fans.

Ironically, the 40th anniversary tour had recently ended on September 25 in Los Angeles. Tom himself saying that this would be the last tour. This is certainly not the way we expected it to end.

The beginning came when The Mudcrutch was formed in 1970. They did record some songs that were released as singles. They were not successful and the record company decided not to release an album. In 1975 the group was disbanded by the record company. Some material was released after Tom Petty and The Heartbreakers became popular. Then 32 years after their first effort, the band recorded a second album and toured together. That second album was a huge hit.

If you go to the Mudcrutch website today (October 3, 2017) you will find a photo of with a simple RIP Tom Petty script. Fans have been allowed to add their comments to the page.

After the breakup of The Mudcrutch, Tom went on to form The Heartbreakers. They released their debut album in September of 1977. The album led by the air play of album radio and limited top forty success (the single “Breakdown” only made it to number 40) went on to be a gold record. This was followed by many memorable hits that made it possible for Tom Petty and The Heartbreakers to become members of the Rock ‘n’ Roll Hall of Fame in 2002.

Despite the fact that The Heartbreakers were much more than a backup band, Tom went on to do some side projects (including solo albums), but always came back to them because they are exceptional musicians. Their last album was released in 2014.

One of the side projects came after Petty and The Heartbreakers did a sensational tour in 1986 (it touched down at the Spectrum here in Philadelphia) with the man that Tom has often been compared to - Bob Dylan. That led to a lasting friendship with Bob.

That friendship led to another major side project. In 1988 George Harrison made an album called CLOUD 9. The record company had already picked out a single from the album and was looking for a filler B side. George was asked to come up with something. As luck would have it a couple of days later George dropped by to see Bob Dylan in Dylan’s home recording studio. George’s good friend Jeff Lynne came along with him. Tom Petty was there with Dylan looking for a vehicle to revive the career of the legendary singer Roy Orbison.

As long as they were all there, George figured they could knock a single for the B side. They recorded the song “Handle with Care”. When George presented the song to Warner Brothers they thought the song was too good to be wasted as a B side and suggested they do an entire album. Thus The Traveling Wilburys featuring George Harrison, Bob Dylan, Roy Orbison, Jeff Lynne and Tom Petty were born. Each of the five artists provided material for The TRAVELING WILBURYS VOLUME ONE. The album went double Platinum by 1989. The pressure mounted for a volume two. That led to the group putting out THE TRAVELING WILBURYS VOLUME THREE. As George Harrison quipped –there was a lot of pressure to put out a volume two so we did a volume three instead.

Besides selling over 80 million albums, Tom Petty was known for his willingness to help out where he could. He was very out spoken about artist’s rights. He found against what he saw as unfair practices and took issue with those he felt were taking advantage of artists. Earlier this year MusiCares named Petty their Person of the Year.

Here in Philadelphia Tom helped out with a WMGK charitable event. Petty volunteered several times to be the chairperson for the station’s Art Show that raised money for charity.

Tributes from all over the world have been pouring since the death of Tom Petty. The one that may have been the one that Tom would have loved the most was that of Bob Dylan:

It is shocking, crushing news. I thought the world of Tom. He was a great performer, full of light, a friend and I’ll never forget him.

Tweet
Published in News & Events
More in this category: « The Music World Mourns the Death of ‘Fats’ Domino — A Gentle Giant of Early Rock ‘n’ Roll Malcolm Young - The Electric Force Behind AC/DC »