Dan Ingram — A True Radio Legend Has Been Silenced 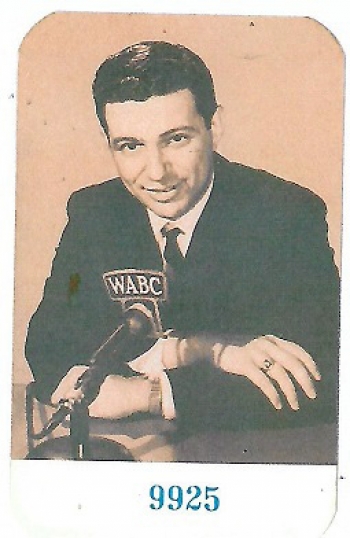 While driving my car today I heard the news. Dan Ingram has died at the age of 83. All I could do was say “Oh no!” out loud. Since I was alone at the time, no one heard me. Such was not the case with this legendary top forty DJ.

Millions of people tuned into WABC in New York every day to hear Dan Ingram. He was on the air there for some 22 years. He stayed on the air in the big apple until he retired in 2003.

As I continued to drive my mind was filled with memories of listening to Ingram. Most of the time he did afternoon drive time. I was a faithful listener for many years and as a kid joined his club and got my Kemosabe Kard (see the actual kard - front & back - within this story). This card has been in radio memorabilia since the early 60’s. I tried to listen to him every day until I myself was on at the same time.

At a time when top forty radio was doing everything to minimize talk from the DJs, Dan found a way to be funny and personal during a ten second intro to a song. NO ONE was better at it. He would use puns and double entendre, but was never offensive. Long before the likes of Howard Stern pulled out all the stops, Ingram was never offensive and yet for the time period was somewhat outrageous.

His timing was so perfect (try talking over a ten second intro sometime) that you would swear he practiced the lines. That was not the case. In fact his sense of timing extended to doing commercials. If he did a one minute commercial it was always exactly one minute. When the spots were recorded, he never had to do a second take and became known as “one take Dan” by the engineers at the station.

WABC and most other top forty stations played the same songs over and over. Still, somehow, Dan kept you listening even when you were tired of music. You knew he was going to say something worth listening to after every song. He always sounded like he was having such a good time it was addictive.

In recalling the many great moments that are lodged in my memory, a few stood out. Most of them were funny. Wise cracking Dan would even make fun of his sponsors. Instead of yanking their spots off the air, they loved it. There are several good examples of his work on line, but I couldn’t find the perfect air check so I leave it up to you to look for your favorite.

One April Fools Day his co-workers decided to turn the tables and play a joke on him. The engineers set up other studio where the station was actually broadcasting while Dan was broadcasting in the usual place of origin for the station. What Dan didn’t know was that he wasn’t really live on the air. His fellow jocks were telling the audience what they were doing on the air in the other studio. The prank didn’t last long. Dan was too sharp for them. When asked how he figured it out so quickly he pointed out that the meter that shows the volume with its peaks and valleys, didn’t jive with what he was doing.

It wasn’t all fun and games. Dan once was asked what his favorite memory was from being on the air. It came in the form of a fan’s letter. A young girl was so depressed that she was about to commit suicide. She was listening to Ingram on the air and he made her laugh so hard that it shook the depression right out her system. The letter was to thank him for what he did.

In 1965 there was a now famous blackout in New York City, It left many of the listeners frighten because they weren’t sure what was going on. With no way to broadcast in the powerless city, Dan drove to WABC’s transmitter site in Lodi, New Jersey and did a live broadcast from there. Since he was number one in the ratings for New York, he was able to comfort a very high percentage of the population by staying on the air for eleven straight hours.

Like so many of us that have made a career in the radio business, Dan wanted to be on the air very early on. His father was a professional musician and as such took his son to various radio stations. It was there than Dan was bitten by the radio bug.

At age 13 he entered a radio station contest. Tapes were submitted and judged. The winner was to get to be on the air for fifteen minutes. Dan didn’t win, but he was one of eight finalist and it fueled his desire so much that he went to Hofstra to study broadcasting.

This led to jobs in places like St Louis and Dallas. For many that would have been a great career, but Dan always wanted to go back home to New York. That chance finally came when WABC decided to go top forty and tapped his talents. It was there that he cemented his legend that took him to the hall of Fame. His uncanny abilities became not only source of great joy to his listeners, but an inspiration to all of us in radio. Thanks for the memories Dan. 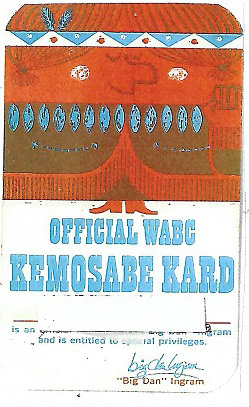 Tweet
Published in News & Events
More in this category: « WMGK’s Heavy Hitters Concert with ZZ Top & John Fogerty The Queen of Soul Has Died of Cancer, but She Will Live Forever in Our Hearts »