Chuck Berry — The Granddaddy of Rock — Dies at 90 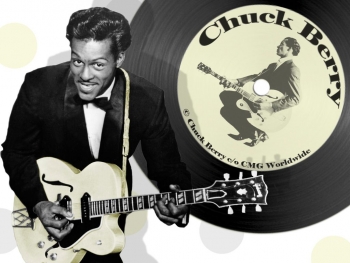 While there can be endless arguments about who was the starting point of Rock ‘n’ Roll music, there’s no doubt in the minds of music historians that Chuck Berry has more than earned the title of granddaddy of the genre. Regardless of who was first, no one has been more of an influence on those who followed him than Chuck Berry.

Everything is influenced by something that preceded it and this giant of rock music is no different. The early real rock ‘n’ Roll was mainly a blend of two truly unique American forms of music. One was the music that had its birth in the fields of the south as work songs that became the basis for Blues. The other an off shoot of folk and reels dance music that was brought over by the settlers from UK who arrived in the south and became Hillbilly or Country music. It is very hard to determine how the two forms were blended, but in the case of Chuck Berry, the mixing was very much part of a master plan.

Modestly, Chuck always said that he was lucky. He came along at just the right time. But it was the way he did it that was a stroke of genius. The words and music were the perfect blend that became the soundtrack to every teenager’s life in the 50’s. Who couldn’t relate to his “School Days” with lyrics like “Working my fingers down to the bones and guy behind wouldn’t leave me alone”. This man in his 30’s who captured the like of a teen perfectly.

Chess Records in Chicago was the birth place of urban or electric Blues. Like all the early Chess artists, Berry was signed as a Blues singer. When he arrived from his home town of St. Louis to make his first record, he felt that he wanted to do something that would be more popular than just the straight Blues records that Chess was recording.

A major influence on what Chuck made in mind to do was Bob Willis and His Texas Playboys. Bob, a real pioneer in his own right, was creating a new sound that was being called Texas swing. That is quite a story in itself, but for another time. Bob took a traditional song called “Ida Red” and made it his own by creating new lyrics and playing it in his new music style. Chuck was the one most responsible for making the lead guitar the main instrument in Rock music. His guitar licks are still being used over and over.

That style was a combination of Country and Big Band Jazz. Berry decided to make it more modern he would change the words and combine Country and Blues. He didn’t want to call it “Ida Red” because he didn’t want to be closely related to the song. While trying to think of a name that had the same ring, he saw an ad for Maybelline Cosmetics. The perfect name, but he didn’t want to use their name so he changed it to Mabelline. The end result was what many consider to be the real first Rock ‘n’ Roll hit.

This was followed by a long series of hits that became the first standards of Rock music. Chuck Berry’s songs were all over the charts in the 50’s. Chuck had the uncanny ability to be able to describe in songs what it was like (especially for teens) to live in the 50’s USA. He even made up words like “botherations” in is very detailed lyrics.

His career was torpedoed when he was arrested for a couple of charges that he says (and others firmly believed) were trumped up. Trumped up or not, Berry spent some time in jail and his music silenced for a time. There’s little doubt that he was not only a victim of racism, but bad management.

These has been so much written about Chuck Berry. Yet, in many ways, he is a mystery to many. To get to know what Chuck Berry’s thoughts about his life were, you should read his autobiography. It was totally written by the man himself. Chuck didn’t trust anyone else and did everything for himself. He learned from bad management and being ripped off by promoters and publishers alike.

The foreword was written by one of the many who were influenced by Chuck’s music. In the intro Bruce Springsteen writes about the first and only day he meet Chuck Berry. Bruce was the opening act in an early 70’s show that featured not only Chuck but Jerry Lee Lewis. By the 70’s Chuck Berry never traveled with a band. All he did was show up alone with his guitar driving his own car. It was up to the concert promoter to provide a band. If Chuck liked the band, he would pay them himself after the show. If the band didn’t please him, well at least they can tell people that they played with the legend.

Bruce knew that he traveled without a band and volunteered to back up the great Chuck Berry. So after Bruce and his band played they waited around for Chuck so that they could go over the playlist with him. Five minutes before he was to go on stage Chuck rolls up in his car opens the door and goes right into the promoter’s office. After being stiffed so many times he didn’t go on stage without getting paid in full. Once he was paid he went right on stage. Did his tuning up and everything right in front of the crowd. Bruce and his band had no idea what he was going to play. Fortunately the band knew every song Chuck ever did and the night went smoothly. When the show was over Chuck thanked the band and was off into the night.

The night I was the MC for a Chuck Berry concert I was fortunate to have a slightly longer talk with the Hall of Famer. At the time I was in my 20’s and he was around 50. I thought it was pretty amazing he was still doing his thing after all these years (apparently I thought at the time that 50 was old) so I asked him how much longer was he going to play live. He said as long as the promoters pay him half upfront and provide a band, he’ll continue to show up. With that he put his guitar in his case and was off to his car.

In 1972 Chuck went to England for a tour. His concert in London was recorded and released as an album. During that concert he did a song that he had used for years just to get the audience involved called “My Ding-a-Ling”. If you listen to the album you will find him working the crowd with a very lengthy version of the song.

At the time of the release I was at WIBG and was one of the first to play this novelty tune. The phones were jammed with requests to play it over and over. Soon the entire world was playing “My Ding-A-Ling”. So much so that the edited single sold over a million copies.

You can’t imagine how shocked I was to find out that this was the very first gold record for Chuck Berry! How could the man who influenced so many rockers with so many great songs like “Johnny B. Goode”, “Roll Over Beethoven” and “Memphis” not have a gold record to his credit? Everybody knows these records and all the words by heart and they were NOT million sellers? I didn’t believe the record company when they told me that not only was it true, but that I being awarded a gold record for breaking the record.

Sure enough I was awarded a gold record. It was my very first. However, when I looked at it I was disappointed to see that they spelled my name wrong. The embarrassed record company exec said that it was not problem so they had to take it back to make the correction.

How ironic I thought. They very first album I ever bought was one that featured Chuck Berry. His song “You Can’t Catch Me” skipped and I had to take it back to the store to get a replacement copy.

Chuck Berry was still rockin’ well into his 80’s. He could still do his famous “duck walk” that always got crowds cheering. He hadn’t done a show for a few years and the only concerts he has done for the past couple of years in the US has been at the Blueberry Hill Restaurant near his home in St. Louis where he lives on the grounds of his own amusement park called Berry Park.

What is really strange to me is that the whole world of Rock didn’t celebrate with him when he turned 90. Unlike on the occasion of his previous birthdays there are no concerts paying to tribute the man who paved the way to their success. His music and influence will live on forever. 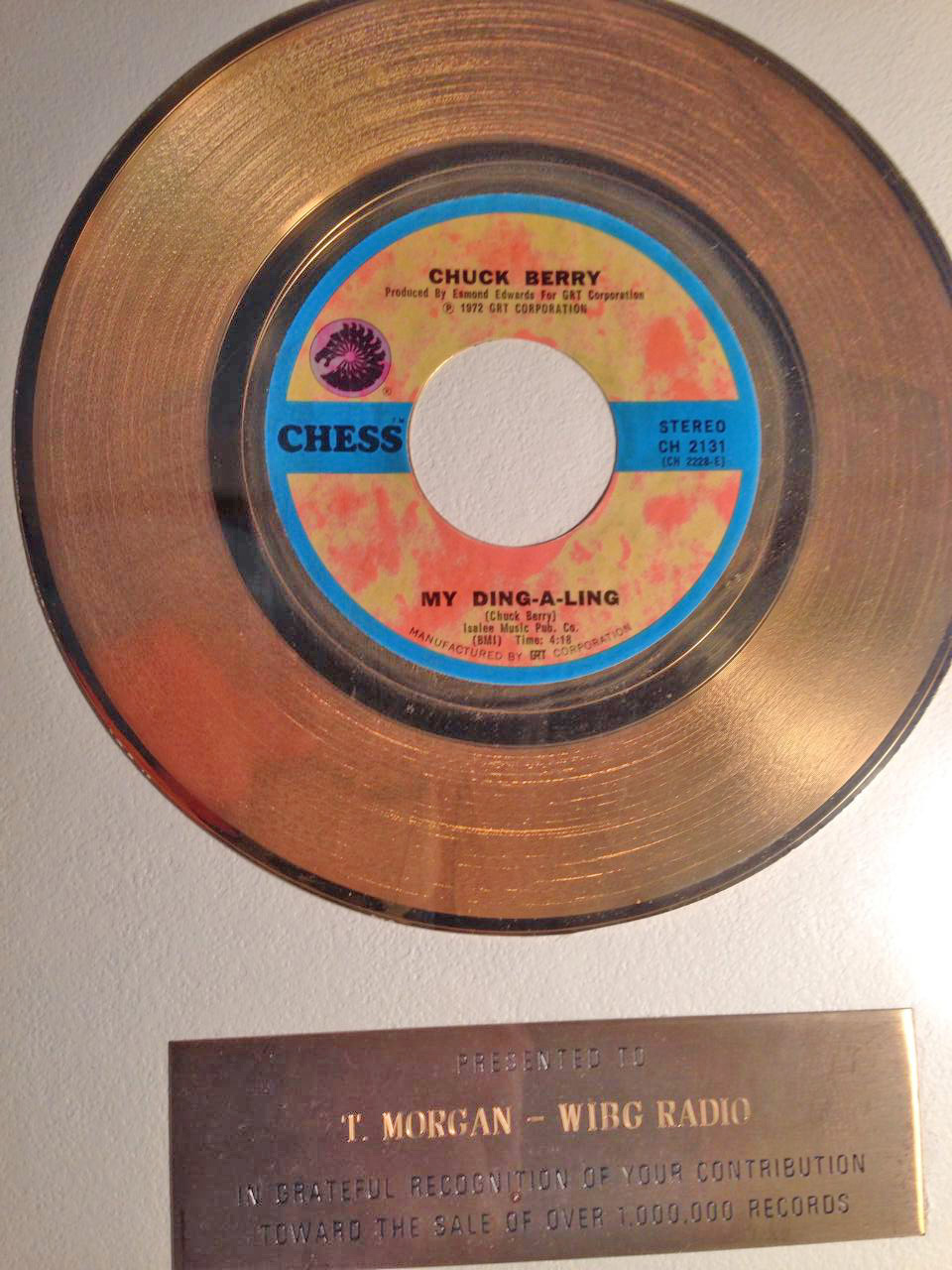 Tweet
Published in News & Events
More in this category: « "Superharp" James Cotton — One of the Last Direct Links to the Golden Age of Chicago Blues — Has Died The 38th Annual Philadelphia Bar Run / Walk May 21, 2017 »