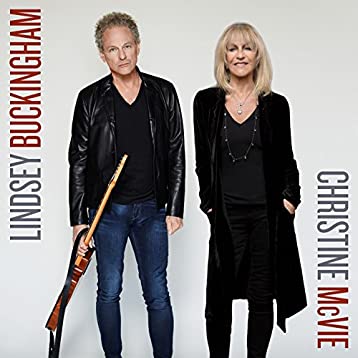 Her name at birth was Christine Anne Perfect. The world would come to know her as Christine McVie, a member of one of the most popular bands in the history of music.

With a father who taught violin and a grandfather who was the organist at Westminster Abby, it almost seemed the Christine was born to make music. Her long journey to fame began in earnest when she was 11 years old and started studying music.

Like so many of her peer musicians, Christine went to college to study art and not music. But it was in her blood. Soon she was performing with a local band called Sounds of Blue. That group didn’t last long, but she along with two other members of the Sound of Blue formed a new band called Chicken Shack.

Like her pervious band, Chicken Shack was a blues band. It wasn’t long before they made a name for themselves and were signed to a record contract. Perfect was the right name for her place in the band and soon she earned the award of the Best Female Vocalist in the prestigious Melody Maker Magazine in 1969. She received the same honor in 1970.

In 1969 Chicken Shack did their first tour of the US. The tour brought them to Philadelphia to perform at the old Electric Factory. Having not heard that Christine had already left the band, I went to their performance just to hear her sing. It was a disappointing night, not only because Christine not there, but the band was just a lack luster blues band without her.

Before leaving Chicken Shack, Christine did tour as an opening act for another great British Blues band, Fleetwood Mac. Fleetwood Mac even asked her to play piano on the band’s second album MR. WONDERFUL.

After leaving Chicken Shack, Perfect launched a solo career and released a self-titled album. At first it didn’t sell as well as expected, but after she married Fleetwood Mac’s Bass player John McVie in 1970, it did much better as a re-issue called THE LEGENDARY CHRISTINE PERFECT.

At the time, Fleetwood Mac had just lost their leader Peter Green. Green was not only the lead guitar player and lead singer, but he also wrote most of the group’s songs. The band was unsure of going out on tour without him so they asked Christine to join them on the tour.

Besides being married to John McVie, Christine had already done backup vocals and did the artwork for Fleetwood Mac’s second album KILN HOUSE. Since she was already a big fan of the band, she knew all the words to their songs, so she fit in right away.

It wasn’t long before Christine McVie was one of the key members of the band. Starting with the album FUTURE GAMES, she recorded as an integral member of Fleetwood Mac.

Still, Fleetwood Mac was not the band that would become international superstars. In 1974 the band decided they needed to move to the United States to promote their career. Christine was at first opposed to the idea, but soon gave in and went along with the move.

Shortly after the move to the States, Stevie Nicks and Lindsey Buckingham were added to the Fleetwood Mac line-up. Their 1975 release just entitled FLEETWOOD MAC, was a huge success. Christine contributed to that success with her songs “Over My Head” and “Say You Love Me”.

By the time it came to doing a follow up album, the band had developed some serious infighting. It is still hard to believe that RUMOURS was such a great album considering all the friction in the band.

Christine’s affair with the band’s lighting director inspired the song she wrote “You Make Loving Fun” which became a top ten hit. The RUMOURS album also contained her biggest hit, “Don’t Stop” that made it all the way to number three.

After the end of the tour to support the RUMOURS album, John and Christine McVie were divorced. While subsequent album sold well, the group was never able to match the success or magic of RUMOURS.

In 1984, Christine recorded her second solo album just called CHRISTINE McVIE, that included the hit single “Got a Hold on Me”.

Christine decided to rejoin Fleetwood Mac and her song “Little Lies” helped make TANGO IN THE NIGHT, a hit album. “Everywhere” was also a hit taken from the album.

After the death of her father, Christine decided to leave the band. While she did do some other projects, it wasn’t until 1997 that she returned to perform with the band. They played together at the Rock and Roll Hall of Fame ceremony and did a live album together , THE DANCE, that reached number one.

Then it was announced that the keyboard player and singer that was such an important part of the success of Fleetwood Mac was retiring. It wasn’t until 2013, when for the first time in fifteen years, Christine appeared on stage to perform “Don’t Stop”. Two days later it was announced that she was officially returning to the band.

In 2017 band mate Lindsay Buckingham and Christine did an album together. The single from the album. “In My World” would be the last hit for McVie.

On November 30, 2022, it was announced that this talented and most unique songbird died after a short illness. Her music will fly on forever.

Tweet
Published in The Archives
More in this category: « The Saga of Brenda and Eddie Tom Moran – A Giant in a Small Body »