The Long Road Has Come To An End For Charlie Daniels 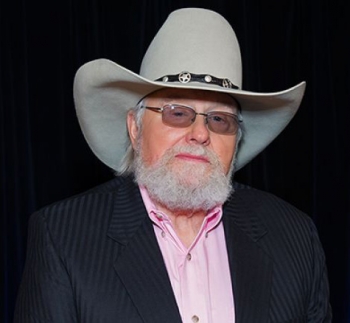 One of the nicest and most talented people in the music business, Charlie Daniels, has died. When we first talked in 1972 he told me that he did over 300 concerts a year! All of these shows were done by traveling in the CDB tour bus from town to town.

The Charlie Daniels Band has been around since Charlie graduated from high school in North Carolina in 1955. It was a hard life bouncing around from town to town and Charlie had to do studio work to make ends meet. To that end Charlie moved to Nashville and worked on several albums. Soon he was in very much in demand because he was not only very skilled on the guitar, but also the Mandolin and was (and still is) considered to be one of the best fiddlers of all time.

The Charlie Daniels Band was not known to me when we first met. His studio work was where I knew Charlie from and was happy to talk to him about working with Bob Dylan on several albums. Here’s an excerpt from my book “Confessions of a Teenage Disc Jockey” that recalls that first meeting with Charlie.

He came into my office with his LP that he wanted me to listen to and perhaps play on the air. We hit it off right away. He was very surprised that I actually knew who he was. I remembered him from his studio work on a few albums including Bob Dylan. Reading all the fine print on an album sometimes pays off. I also recalled a photo of Charley on that same album cover where he was wearing a very colorful shirt and other attire that was very much different than his new “cowboy” image. His hair was even cut real short. The photo was taken at one of his many recording studio sessions that he did and it ended up on the cover of the album that almost no one ever even heard of called Mr. and Mrs. Garvey. I promised to keep it a secret and we both laughed.

We listened to his album and I tried explain to him why it didn’t fit into our format and why he would probably also have a problem getting album stations to play it as well. He thanked me for my time and left. As predicted the album didn’t do well and I thought that I had seen the last of Charlie Daniels

A couple of years later Charlie and his band changed their style and took off. By that time I was the program director of WMMR. One day very much to my surprise, I got a phone call from Charlie asking if he could come to the station to see me. Naturally, I said yes. When he arrived he said he wanted to thank me for taking the time to see him when I was at WIBG. I was amazed that he even remembered me at all! I asked him how in the world he remembered me. He said it was easy. I was the only major market program director who took the time to see him and to give him advice. I don’t know if I deserved any credit for his success but I was certainly happy for him. He was such a delight to talk to and a very hard worker. From that point forward every time he was in the area he would give me a call.

Since then The Charlie Daniels Band has sold many millions of Records. He even had a number one hit in “The Devil Went Down to Georgia” that has become his signature song.

Mr. Daniels was much more than a great guy and a superb musician. He did so much to help others. For many years he held the Volunteer Jam in his home town of Mt Julip, Tennessee. Many fellow southern rockers and other artists gave their time to perform in massive benefit concerts that has raised countless numbers of dollars to help people in need. The concert grew so large that it had to be moved to Nashville’s Bridgestone Arena. The Volunteer Jam was held for ever forty years! A truly astounding show of his generous nature.