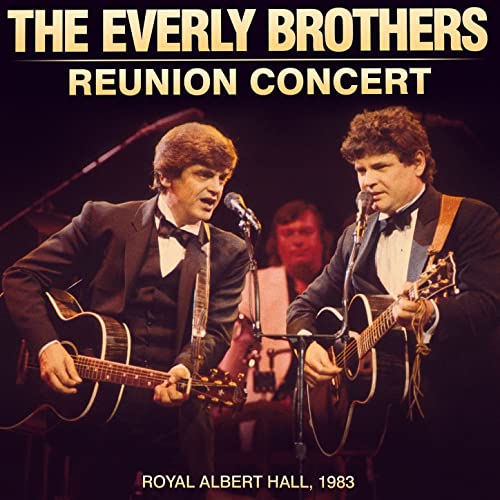 There are only a handful of true pioneers that had a huge influence on the birth and growth of Rock and Roll. Bill Haley Chuck Berry, Elvis Presley, Johnny Cash, Fats Domino, Buddy Holly, Little Richard, and Gene Vincent all made their unique contributions. They are all gone, but their influence will live on forever.

Now we have lost another major influencer. Don Everly died on Saturday August 21 at age 84. Together with his late brother Phil, they drew up the blueprint for harmonizing that was used by every Rocker from The Beatles to Crosby Stills & Nash to The Byrds to The Eagles to, well just about everyone who sings harmony.

In the story "Nick & Dave Sing The Everly Brothers" written about their influence, Graham Nash pointed out how much of a thrill it was for him to be able to sing with his idols who were not only his heroes growing up but drew him into becoming a singer. He’s hardly alone in sharing those feelings.

When The Everly Brothers started their careers at a very early age, they didn’t have any idea that they would become Rock stars. They wanted to be country stars. Almost ironically, the duo was selected for the first class inducted into the Rock and Roll Hall of Fame in 1986 but were not chosen for the Country Hall of Fame until 2001.

Their parents were both country performers that also sang as a duet. While Phil and Don were undoubtedly influenced by many country singers, none were more of an influence than their parents. Just like their parents, they sang both the low and high parts together. It was the perfect blend.

The Everly parents were popular enough that they had their own radio show in their hometown of Shenandoah, Iowa. It was on their show that the public first heard the very young Everly Brothers sing together.

They were a success on the show, but The Everly Brothers didn’t get a record contract until the family moved to Nashville in the 50s. It was there that Country legend Chet Atkins took an interest in teens and helped get them a record contract with Columbia Records.

Columbia apparently had very little patience in developing the young duo and dropped them after only one record. What they really needed was a smaller record company who could develop the brothers and provide them with songs that showed off their unique blend. They found both in Cadence Records in 1957.

The husband-and-wife songwriting team of Felice and Boudeleaux Bryant was the catalyst. Almost overnight they started cranking out hits like “All I have to do is Dream”, “Love Hurts”, “Wake up Little Susie”, and their first huge hit “Bye Bye Love”. The latter was the very song the duo recorded.

From that launching pad, The Everly Brothers had several top ten hits on both the Country and Pop charts. With that success they became a real hot act. They were lured away to Warner Brother records in 1960. They continued having several big hits until the British Invasion. The Brits became a roadblock for many big Rockers and The Everly Brothers were no exception.

Perhaps this decline or the decades of playing together were responsible for the bitter friction between the brothers. The tension finally boiled over in public Don showed up drunk for a concert. During what Phil considered to be a shoddy performance, he asked the promoter to take Don Off the stage. Don smashed his guitar in the middle of the performance and walked off the stage.

It would be over a decade before the two talked again. They both performed as a solo act. A member of Phil’s band, guitarist Albert Lee, was given the credit for getting the two back together. It led to an emotional reunited concert at London’s Royal Albert Hall.

The concert was recorded and released in 1984 sparking new interest in The Everly Brothers. While there were three more L Ps released that charted by Phil and Don, they only played together on rare occasions after that.

The legacy The Everly Brothers left behind is far greater. When will they be loved? Only forever.

Tweet
Published in News & Events
More in this category: « The Radio Rebel Bill Wright, Sr. Has Signed Off Ten Years After Livestream Event with T. Morgan on 10/23/21! »