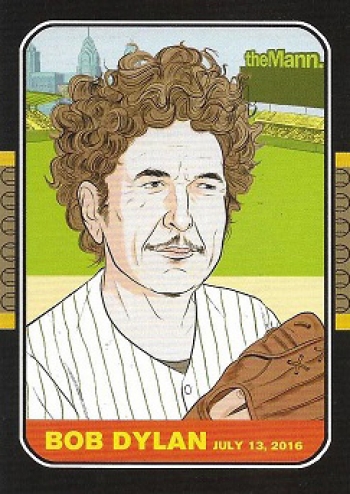 When Bob Dylan comes to your town, it is like a pilgrimage. It almost doesn’t matter if the show is great or the music is to your liking, you must see the man perform. His contribution to music goes far beyond anything that I could try and relate to you in this article. You go almost like paying homage to the living legend. And the fans came out. They were a very mixed crowd. Many families with younger kids, older fans and even some fans in their teens and twenties who may have never seen Dylan perform.

Mavis Staples is the current opening act on the Bob Dylan “Never Ending Tour”. She gave a very lively performance. At age 77 she is the sole remainder of the legacy that her father started with The Staple Singers almost seventy years ago. Her blues and gospel set kept the audience well entertained.

Without any fanfare or flashing lights, the Bob Dylan set was off and rolling. The set was almost exactly the same as the one he just did at Forest Hills in New York that got excellent reviews. This show deserved high marks as well.

The first song “Things have Changed” was more than just a start, but a statement. The song that earned him an Oscar was one of the very few songs that he performed last night that was part of his songbook prior to this Century. Most of the songs he did were from his most recent albums with a lot of emphasis on the 2012 album, TEMPEST.

Dylan has never been one to live in the past. His “Never Ending Tour” is also an ever changing one. He hates doing the same old songs the same old way every night. At this point in his life, he wants to play it his way. It is not unusual for him to want to change the arrangements of a song because he got bored with it. Sometime ago I spoke to one of the members of his band and he said that Dylan’s mind is always active and it is hard to keep up with him. Often he would want to change the arrangement for a song the day of the concert. Without some practice that is hard to do but that is Dylan for you.

Those kinds of changes were the reason I didn’t know what the second song was until Bob started to sing the words. I was happy to hear “She Belongs to Me” since I have never heard him perform it live during the countless numbers of times that I have gone to Dylan concerts. Except for the last song in the first of two sets “Tangled up in Blue” it was the last older song of the set. With Dylan you never know what you are going to get. I even read where he did Lynwyd Skynyrd’s “Free bird” at a concert a few weeks back.

For the most part, despite not playing older songs, the music was not only exceptionally performed by a superb backup band, but well mixed. Dylan did some old crooner ballads in between living numbers like “Duquesne Whistle”.

The thing that may have stood out the most to the crowd was Dylan’s voice. In the past few years some of the concerts he has done were at times difficult to enjoy because his voice was beyond ragged. People for years have made fun of the fact that Dylan doesn’t have the world’s greatest voice. Bob himself was amused by all the critics making fun of the way he sings. His come back to the critics was something to the effect that if his voice was so bad then why are there so many people trying sound like him?

As I point out in my review of his album SHADOWS IN THE NIGHT (click here), his voice has suddenly gotten better over the past couple of years. There have been rumors about him having an operation on his throat, but whatever the reason he sounds much better and last night was a perfect example.

This was the best Dylan concert since his last Spectrum appearance. That concert was his best since his first (my first time seeing him) at the Academy of Music show way back in the mid-sixties. 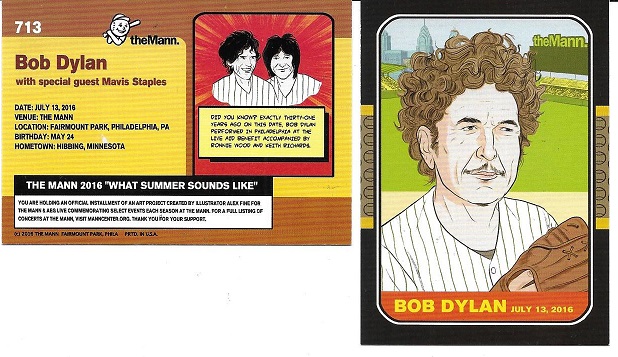 Tweet
Published in News & Events
More in this category: « Rock has lost another legend. David Bowie has died at age 69 of cancer. B B King: The King is dead..Long Live the King. »